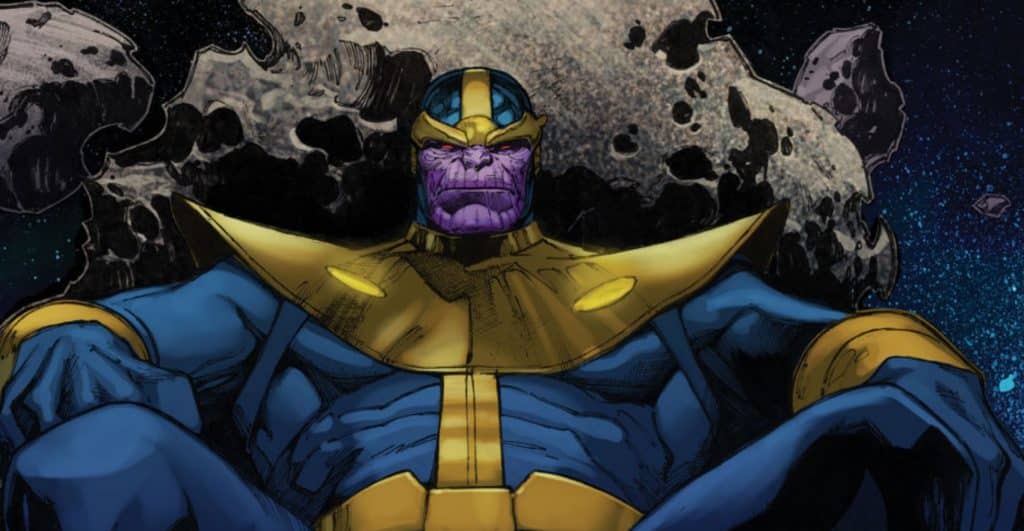 In the realm of the Marvel Universe, no name is more feared than that of Thanos – The Mad Titan. But would the universe tremble all the same if it was being constantly assaulted by Dione – The Mad Titan! No, probably not. But a recent revelation in the ongoing Thanos series has shown that this was very nearly the case. Read on to find out more, but be warned it does feature spoilers for Thanos #14.

The issue see’s Thanos being confronted by a bearded version of himself from millions of years in the future, asking him for help. In an attempt to win over his younger self, the elder Thanos utters the word that their mother uttered on the day they killed her – Dione. This was revealed to be the characters true name before his mother changed it to Thanos after seeing the death and destruction he would bring about whilst looking into the newborns eyes. 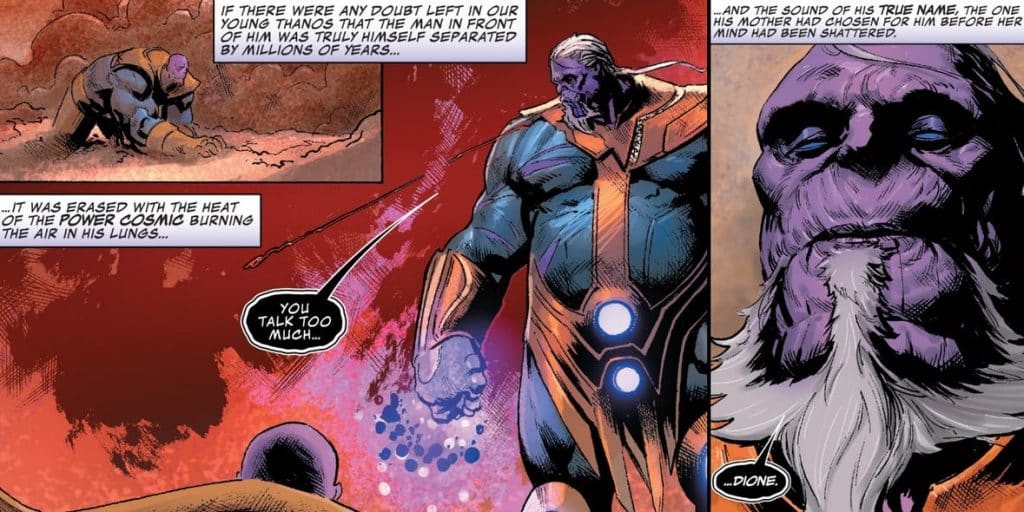 It’s not likely that we will be seeing the actor adopt this mantle anytime soon, especially since it would definitely take away from the menacing nature of the character. Unless of course they one day choose to go the redemption route and make him a hero, although after all the death at his hands I think that may be pushing it. Besides, I can’t think of anything less intimidating than the name Dione. He definitely wouldn’t be striking fear into the hearts of me that way.

We will see Thanos take on more than a few characters from the Marvel Cinematic Universe later this year (God feels good to say ‘This Year’) in Avengers: Infinity War when it hits theaters May 4th. Thanos #14 is in stores now.

What do you think? Do you like this revelation? Do you think we will ever see him go by this name? Let us know below.

Continue Reading
You may also like...
Related Topics:Marvel, thanos