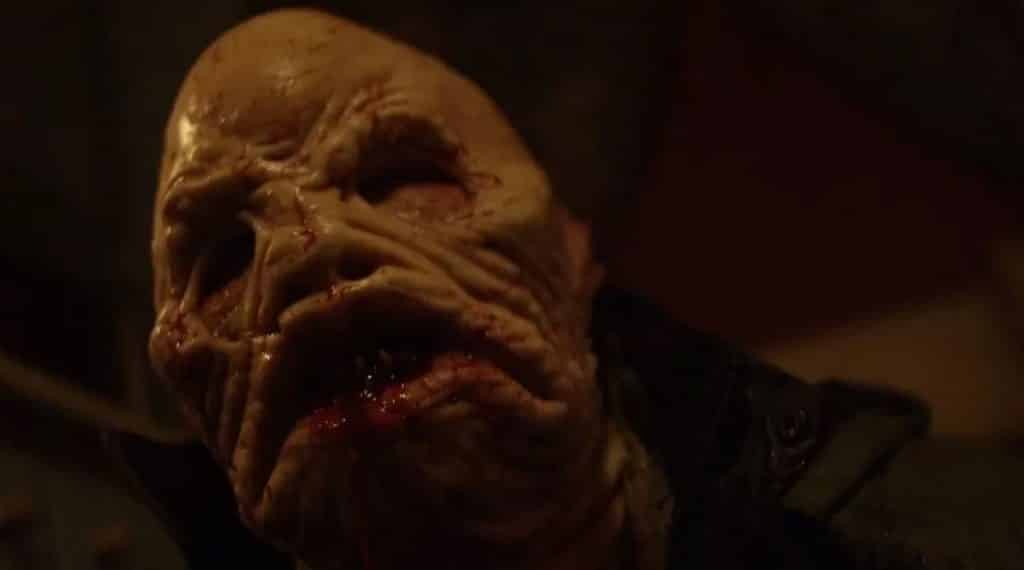 If you’re like me, then you’re probably getting tired of the endless ghost-possession-jump-scare types of movies that have been out in abundance over the years. Well, director Charlie Steeds and writer Christopher Lombard seem to have us covered; their upcoming film The Barge People looks like it belongs straight in HP Lovecraft’s bibliography.

As you can see from the trailer, the film is chock-full of violence, suspense, and what appears to be some of the creepiest mutated fish-people since Stuart Gordon’s 2001 Lovecraft adaptation Dagon. It’ll be great to see a horror film that isn’t afraid to take risks and deliver something truly memorable and gruesome. I also feel it’s worth mentioning that the film seems to have plenty of practical effects and makeup designs, which is always something to appreciate when it comes to a good creature feature. Hopefully we’ll be privy to other surprises beyond the trailer as well. Surely there’s always room for other nightmarish creatures.

It’s good to see something original planned for 2018 in horror, and I’ll definitely be checking this one out when it’s released, as it’s definitely 2018’s craziest trailer – though it’s obviously early. It’ll be interesting to see what else is in store for us horror fans.

Set on the canals amid the glorious British countryside, two sisters and their boyfriends head off for a relaxing weekend away on a barge, unaware of the flesh-eating fish mutants lurking in the water, ready and waiting to feed.

What did you think of the trailer? Are you ready to experience the terror of The Barge People? Let us know in the comments section down below!

Continue Reading
You may also like...
Related Topics:Horror, The Barge People