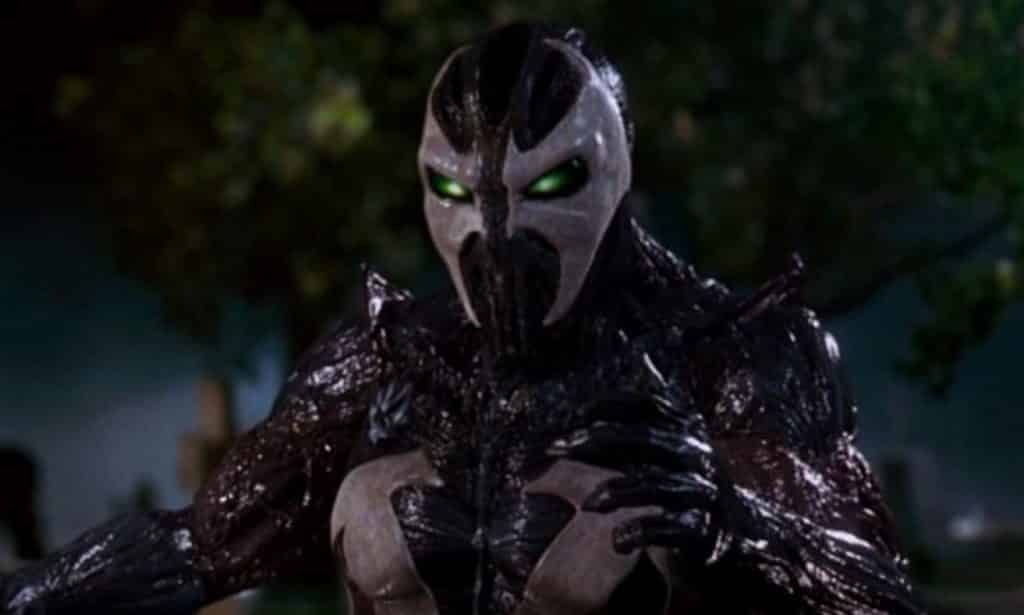 Todd McFarlane has spoken a lot about his upcoming Spawn reboot – which is said to bring the character back to its horror roots. What may be interesting to learn, however, is that McFarlane has no intentions on giving Spawn any dialogue in his film.

While in an interview with AZ Central, he explains his reasoning for writing Spawn without dialogue. And he uses the movie Jaws as a way to justify it.

“I like to explain that it’s my Jaws,” McFarlane said. “Spawn doesn’t say a word the entire movie, and it’s the same way with “Jaws.” It’s about the sheriff and the people, chasing the ghost. That’s it…The lead role isn’t Spawn, the lead role is a cop, like Sheriff Brody from “Jaws.” I think we can hook a fairly significant actor that we want. Unlike a superhero movie, we wouldn’t need an actor to put on prosthetic (makeup) or go to the gym. We just need him to act.”

McFarlane then continued by saying the film wouldn’t be your average superhero picture. We already knew that he intended to stray away from that genre, but it’s always been fascinating to hear how he wants to accomplish such a feat.

“We just signed off on the script, and are going into budgeting. We’re also having our casting meeting…It will be dark and heavy, serious, R-rated. It won’t be a superhero movie. I don’t think most people would categorize it as that. It will be a supernatural thriller, like a lot of good creep movies. The only thing in the movie that’s fantastic is Spawn, and anything else is otherwise normal.”

While Spawn is still in the early stages of production, we do know the film will be produced under Blumhouse – a true sign that the movie will be more horror than heroic. He’s also said that after that movie, an animated series could be on the way as well, as he exclusively revealed to us back in October:

Spawn is said to begin production at some point this year.

Are you looking forward to the upcoming Spawn movie? Be sure to tell us all of your thoughts on it in the comments!

Continue Reading
You may also like...
Related Topics:Horror, Spawn