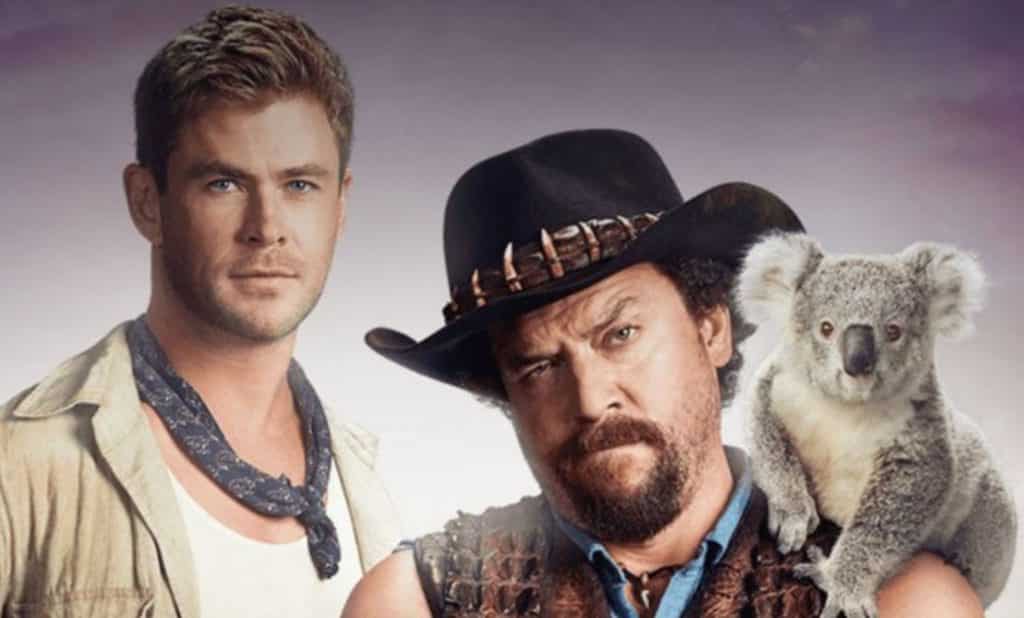 Today, a trailer dropped for the new Crocodile Dundee reboot Dundee: The Son a Legend Returns Home. This trailer features none other than Danny McBride (yes, that Danny McBride) as Dundee Jr. Chris Hemsworth also makes an appearance.

Oh, boy, folks. Frankly, I have no idea what to make of it. And I’m not talking about whether it’s good or bad. I mean… I have no idea if this thing is even real!

There isn’t a whole lot going on the trailer which is one of the reasons why I’m thinking it might be a joke. Danny McBride gets off a bus in the first segment and Hemsworth asks if he’s Dundee. McBride responds in the affirmative and Hemsworth asks “Really?” The second segment has McBride goofing off with a knife. Not much to write home about.

Another reason why I think we may just be the victims of some elaborate prank is that we here at ScreenGeek are only hearing about this movie this week. Anyone with an internet connection can find out when a movie goes into pre-production. We wouldn’t be hearing about a big summer movie a mere five months before its release. If this is a real thing, why all the Cloverfield level secrecy?

The IMDB page is suspiciously bare bones as well. McBride and Paul Hogan are the only credited cast members and director Steve Rogers (Captain America?) has zero credits to his name beside something called Driving Jersey which as of this article’s publication has zero user ratings. However, I did manage to find a plot summary.

Crocodile Dundee is back. Well, actually, he’s missing in the Outback. And the only person who might be able to find him is the loudmouthed American son no-one knew he had. Introducing Danny McBride as Brian Dundee. This son of a legend is forced to channel his Aussie roots as he embarks on the ultimate adventure in the land down under. It’s time to live up to the family name.

So, what do you think? Is this real movie? Will you see it if it is? Sound off in the comment section!