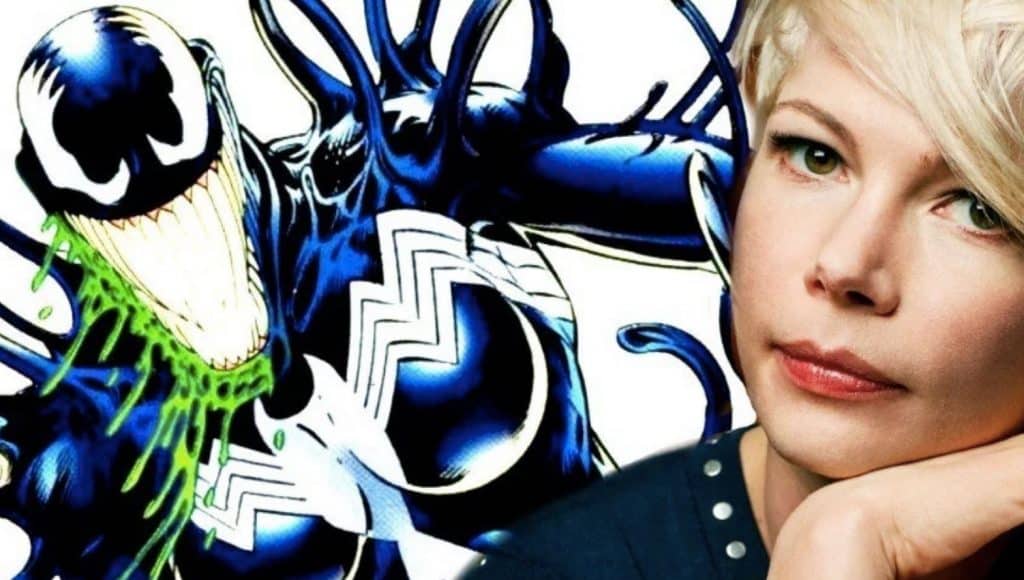 We’ve known for a decent amount of time now that Michelle Williams will portray Anne Weying in the upcoming Venom movie, alongside Tom Hardy. We haven’t seen much of the movie in general aside from a few set videos, pictures and one official picture of Hardy as Eddie Brock.

Not much is going to change within this article, as far as that’s concerned, as we now have the first look at Williams – courtesy of a set video.

Hard to tell what exactly is going on in the video, though it looks to be in the same place as the set video in which Tom Hardy went insane.

Williams hasn’t offered many details about her character, only saying:

“I’ve done one other movie where I was asked to track a tennis ball with my eyes and pretend it was a giant creature thing. Not my favorite thing in the world to do, but it is a skill set and I’m trying to learn it. And uh, she’s, geez, what can I tell you? Not too much right now.”

She also revealed she’s having fun working with Hardy:

“We’re having fun. Um, we’re having fun. It’s, um, well for me it’s Tom (Hardy). I just thought, well, that guy knows what he’s doing. I’m just going to go steal some of his moves, figure out what he knows. I just wanted to, you know, you’re only as good as the people you play with and I really wanted to challenge myself with him as a partner.”

It’ll be interesting to see the film’s first trailer, something many fans are pretty excited about now. It’s also been rumored that Tom Holland is in the upcoming film, something that makes this movie even more interesting. As far as that’s concerned, we’ll just have to wait and see.

What do you think of this? Are you excited for the upcoming Venom movie? Be sure to tell us all of your thoughts in the comments!