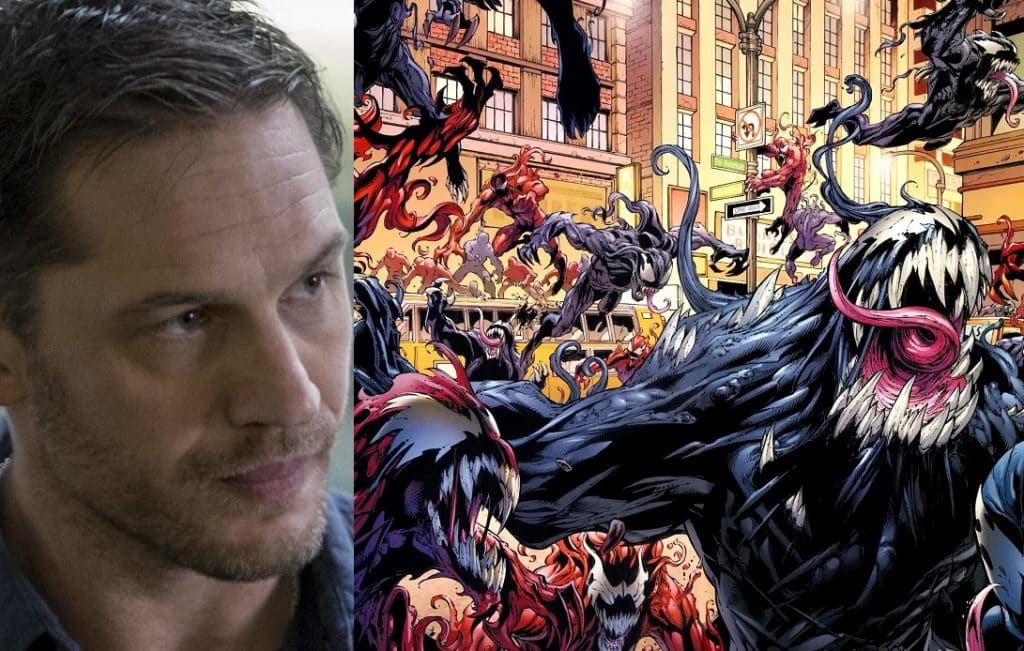 Sony’s first official look at the Venom movie might look pretty ordinary and maybe even a little boring at first glance. It show’s Tom Hardy as Eddie Brock looking like a regular guy in regular guy clothing, but there is something in the photo that seems to confirm important plot details and how it relates to the Marvel Comics take on the character’s story in Venom: Lethal Protector.

In Marvel Comic’s story, Brock isn’t leading a stellar life. He is a journalist who fell from grace and become host to an alien symbiote. The symbiote bonds with his DNA, which transforms him into Venom. This villain is, for lack of a better work, popular, and in recent years has been seen as more of an anti-hero. In the photo released by Sony, Brock looks to be playing the journalist part with his pad and pen ready. If you zoom in on the pages of his open note pad, you can clearly see three questions:

So, how exactly does the Life Foundation go about testing its pharmaceuticals?

What about the allegations your empire is built on?

That you recruit the most vulnerable of us to volunteer for the tests that end up […] them?

The second question isn’t exactly earth-shattering. The other two questions reveal a lot about where the plot is going, something Sony has keep close to the vest up until now. These questions seem to confirm initial reports that Venom will base at least some of its plot on Venom: Lethal Protector.

The comic was released in 1993, and it was based on the villain after he and Peter Parker worked out a deal where Venom will no longer be pursued by Spider-Man if he leaves town and stops being a criminal altogether. So, he leaves for San Francisco, where he runs into The Life Foundation, a shady corporate survivalist group. This group thinks the world will inevitably end by way of nuclear explosions and has decided to cash in by creating a place for wealthy people to live past that.

Trying to create a livable climate for people of wealth in a world that looks like it will be ending soon is nothing new. However, The Life Foundation wants to create five symbiotes from Venom to achieve these goals; something he is not on board with. They are Scream, Phage, Riot, Lasher and Agony, and would be really important to the Sony film.

What do you think of the picture? Are you excited for the Venom movie? Be sure to tell us your thoughts in the comments!