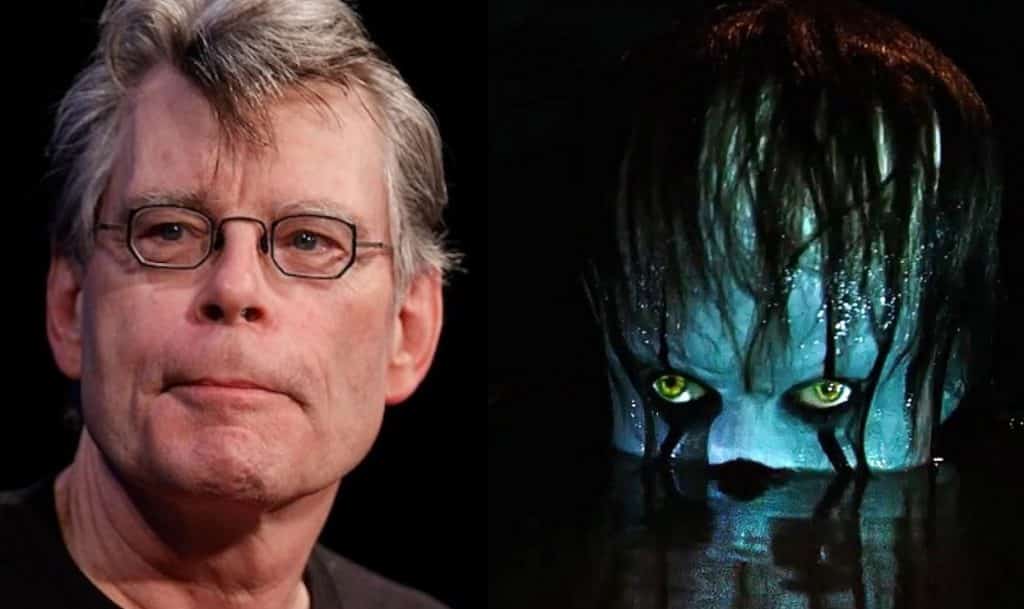 In today’s political climate, it should come as no surprise that many people are always on the verge of an argument with one another. The latest example of this? A recent set of tweets out by horror icon, Stephen King.

People didn’t take too kindly to the first remark:

A trainload of Republicans on their way to a pricey retreat hit a garbage truck. My friend Russ calls that karma.

None of your precious, corrupt GOP were killed. We don’t want them dead. We’d rather fire them in November. And see a few of them in orange jumpsuits.
Not laughing.

And that, ladies & gents, is beautifully emblematic of the toxic speech currently in American party politics. Does that sound like a productive conversation to build a better future? Treating political opponents as ‘enemies’ gets us nowhere. Aim for truthful dialogue.

A man died in that crash, you despicable man. https://t.co/MWfDsJEJYG

Really? One dead and one critical. However because republicans were on the train you find that to be Karma? The hatred on the left has zero boundaries

Followed by an apology:

A rather thoughtless tweet from me concerning the train-truck crash, for which I apologize (if one is necessary). It should be pointed out, too, that those Republican politicians, who can be heartless when they vote, immediately got out to help.

This is not really an apology, just so you know.

You characterize your tweet as “rather thoughtless”?? You are being overly generous with yourself. Was the man who was killed a republican? Set yourself down by a tree in deep woods and don’t come out.

Too late! Your real thoughts came through. Throwing your books in the trash. “People” like you are why I THANK GOD that I left the democrap party in 1983. Get help!

Yo memo so lame it uses a handicapped space at the mall. #YoMemoJokes

You’re probably going to need to issue an apology for this one too, Stephen.

I live in Bangor with you and have a disability parking card. I don’t believe your intent was to offend but it did.

No. Not funny at all. Words matter, but you know that.

That’s not funny at all. I’m disabled & this joke is so out of touch and ableist,I’m sick. Please apologize.

But some came to King’s defense:

As someone who has a handicap and use handicap placards/parking spaces, this gave me a chuckle.

Soooo….let’s not speak for everyone, ok? Some people are capable of a little self-deprecating humor. I poke fun of my own disabilities frequently. pic.twitter.com/W3OrMh9Bqw

King then tweeted an apology – which caused more backlash:

As a person lamed since 1999 when hit by a car, I feel okay using the word.

Your a large voice ; you shape preseption ; you don’t get to throw a rock at the disable community and then claim it ; having never lead your voice or champion for it.

reclaiming a word is fine, but as a disabled person, i wish you’d avoid the implication that disability is a negative thing. using “handicapped” in the way you did has all kinds of implications about disability and disabled ppl.

It’s ridiculous how people take “ownership” of vocabulary because their personal condition or situation. At this rate we’ll be using only kindergarten linguistics because perceived offense at basically everything and anything.

Though some defended him:

I’m an amputee and make fun of it constantly. Anyone who is offended because of a joke like the one you made us either trying to cause trouble or they’re overly sensitive. Don’t worry about it, you said nothing wrong.

As a person lamed since I was conceived in 1981, I’ve got better things to get upset about than the word “lame.”

It’s worth pointing out that this isn’t the first time King has been outspoken on political topics. He famously banned current president Donald Trump from seeing the IT movie that came out last September:

Donald Trump blocked me on Twitter. I am hereby blocking him from seeing IT or MR. MERCEDES. No clowns for you, Donald. Go float yourself.

He also said he was unfit for office:

Donald Trump is unfit for office. Needs to be removed.

And also had a pretty long rant about it:

“I saw a poll the other day that said, Hillary Clinton is only leading him by three points. If that’s true, you have to go back to that time when he rode that escalator down and announced the presidency, and everyone thought that it was a joke. The press thought it was a joke. Rolling Stone thought he was a joke. Jon Stewart said, “Oh please, let him continue to run; he’s the best joke material that we’ve had.” Well, nobody is laughing anymore.

Of all the candidates who ran this year, the only one who is remotely qualified to do the job is Hillary Clinton. There’s a lot of prejudice against her, just because she’s a woman. Having been raised by a woman and lived in a family where my wife has, like, six sisters, I hate that.”

And expressed disappointment in America:

“I am very disappointed in the country. I think that he’s sort of the last stand of a sort of American male who feels like women have gotten out of their place and they’re letting in all these people that have the wrong skin colors. He speaks to those people. Trump is extremely popular because people would like to have a world where you just didn’t question that the white American was at the top of the pecking order.”

It’s uncertain what King will say next to piss people off, but if it’s as interesting as these tweets, we’ll be sure to bring them to you. In the meantime, King should focus on the fact that Google thinks he’s been dead since 2006. Maybe he is tweeting from the grave? Who knows at this point.

Continue Reading
You may also like...
Related Topics:Horror, Stephen King