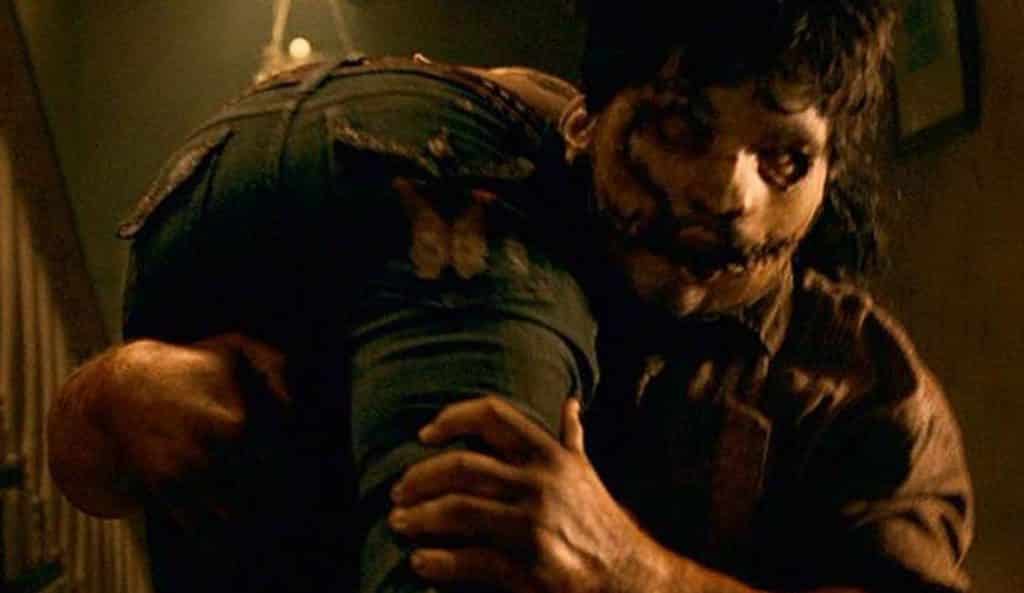 The newest installment in the long-running Texas Chainsaw Massacre franchise, Leatherface, finally saw a release late last year. The film premiered on DirecTV On Demand and eventually saw a Blu-ray and DVD release in the month of December. The home video release included a slew of special features consisting of deleted scenes, as well as an alternate ending that’s been making rounds on the Internet lately (obvious spoilers).

In the original film’s ending, Leatherface prepares his first mask after killing a woman named Elizabeth. The alternate ending takes a decidedly darker turn, where Leatherface only uses the bottom half of her face to complete his mask.

It’s also revealed that Elizabeth is still barely alive, having been propped up on a meathook. It’s a fate reminiscent of Pam’s in the original 1974 film. Unfortunately the grisly visuals don’t even hold a candle to the psychological pain associated with the original film.

In fact, what’s most disappointing with this ending, is how unlike the original film it is. There’s appearances from characters like The Cook, The Hitchhiker, and even Grandpa – but they’re so different from their original 1974 counterparts that they may as well be new characters.

Regardless, I’ll applaud their ability in recreating the original farmhouse. I suppose they paid attention to some fraction of the original film in order to do that.

A violent teen and three others kidnap a young nurse while escaping from a Texas mental institution. Pursued by a vengeful sheriff, the disturbed young man embarks on a murderous rampage that shapes him into a legendary killer known as Leatherface.

It’s said that a franchise reboot in the works.

What did you think of the alternate ending? Do you prefer it or the original? Let us know all of your thoughts in the comments section down below!