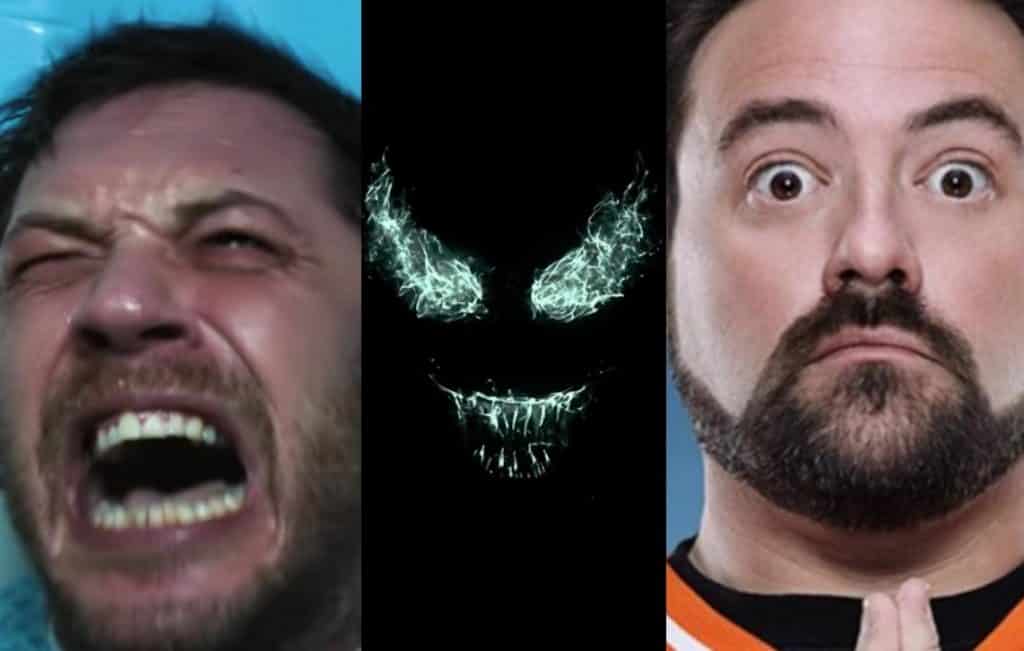 Last week, we were given the first trailer for the upcoming Venom movie starring Tom Hardy. It was a pretty big letdown in pretty much all aspects, due to the fact that there was no sign of Venom in the trailer. Sure, it’s a teaser, but this specific teaser would have been impossible to know it was a Venom trailer – had it not said Venom at the end. It was essentially just a trailer about Tom Hardy in a mid-life crisis. Or something.

Filmmaker Kevin Smith echoed the same comments in a recent Hollywood Babble-On podcast (via We Got This Covered), saying:

“I didn’t see a Venom trailer. I saw Tom Hardy: The Movie.”

“It’s a teaser, but you can’t call the movie Venom and not show Venom.”

He didn’t have all bad things to say about the trailer, though:

“So, there’s been questions about how do you tell the story, like you can’t tell it the way it was told in the comics unless you do the Secret Wars story, so everyone is wondering how the f*** is he going to become Venom and they showed the symbiote in the trailer trapped in the glass jar. It looked kind of badass.”

He’s not exactly wrong here, and his reaction was pretty tame compared to some of the more ridiculous fan reactions out there. Smith has made it clear he’s not scared to voice his opinions on popular films, as he recently put fans on blast for their Star Wars: The Last Jedi backlash.

Here’s hoping the Venom movie will be the film that fans have been waiting for, and not some bullsh-t film where Venom is in it for like 5 minutes or something. If that’s the case, you can consider Sony’s Spider-Man Universe plans dead on arrival.

What do you think of Kevin Smith’s comments? Did you enjoy the Venom trailer? Be sure to tell us your thoughts in the comments!