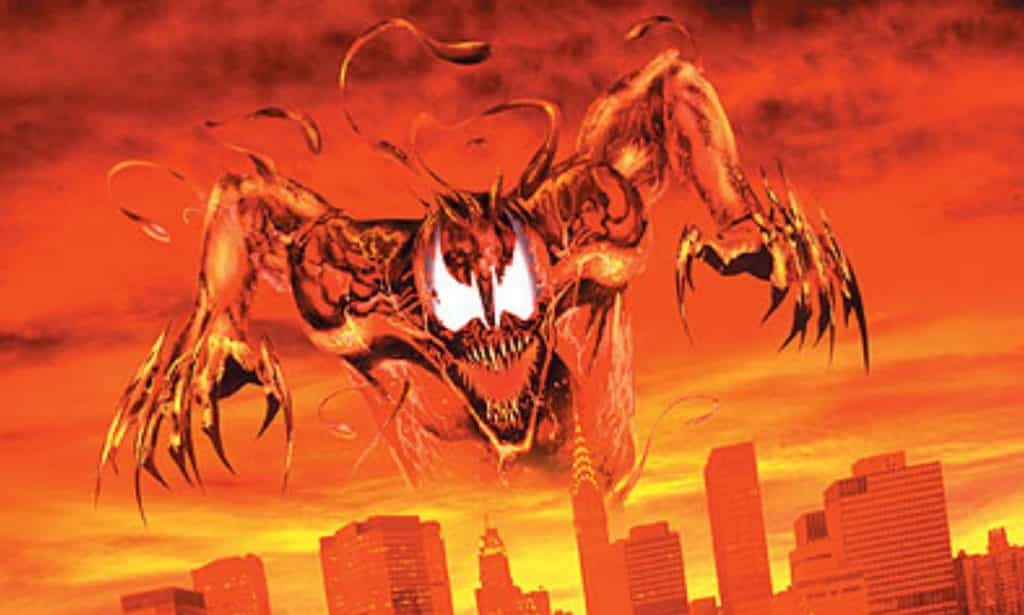 We all know the Venom movie is coming out in October, and will most likely feature Carnage as the main villain. I’m honestly pretty pumped for the film, being a big fan of Venom and Carnage – but knowing Sony, I could see them ultimately wasting Carnage, which would be a shame, since there are a lot of possibilities with the character. Maximum Carnage comes to mind, and got me thinking. 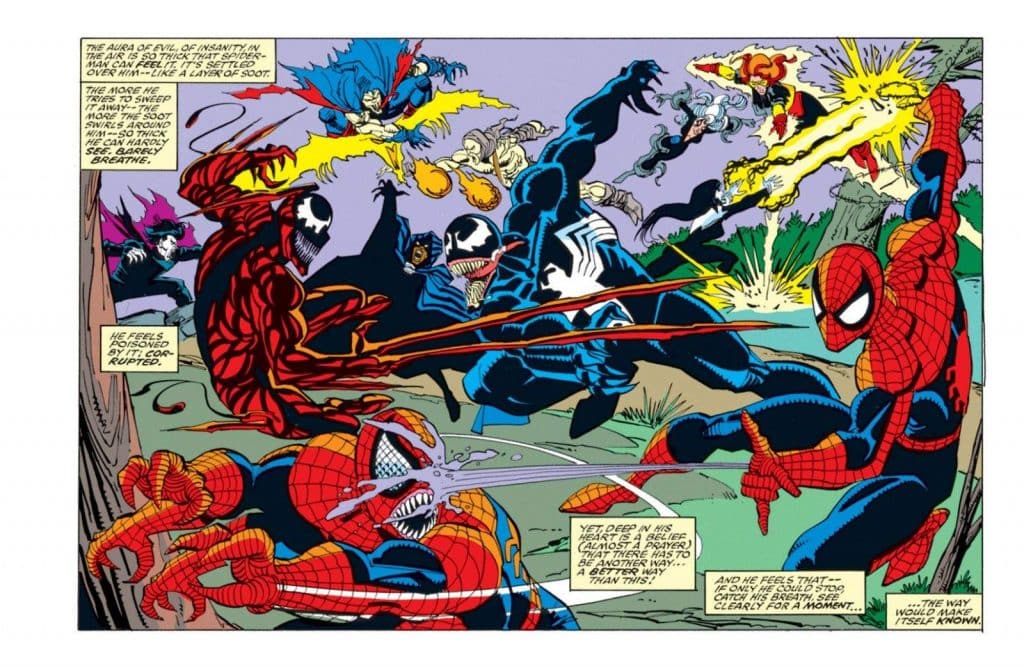 Sony could be trying to capitalize on nostalgia, which Maximum Carnage would definitely bring for a lot of Marvel Comics fans. The 14 part Spider-Man crossover comic was definitely popular back in the 90’s, as it even spawned a video game series: 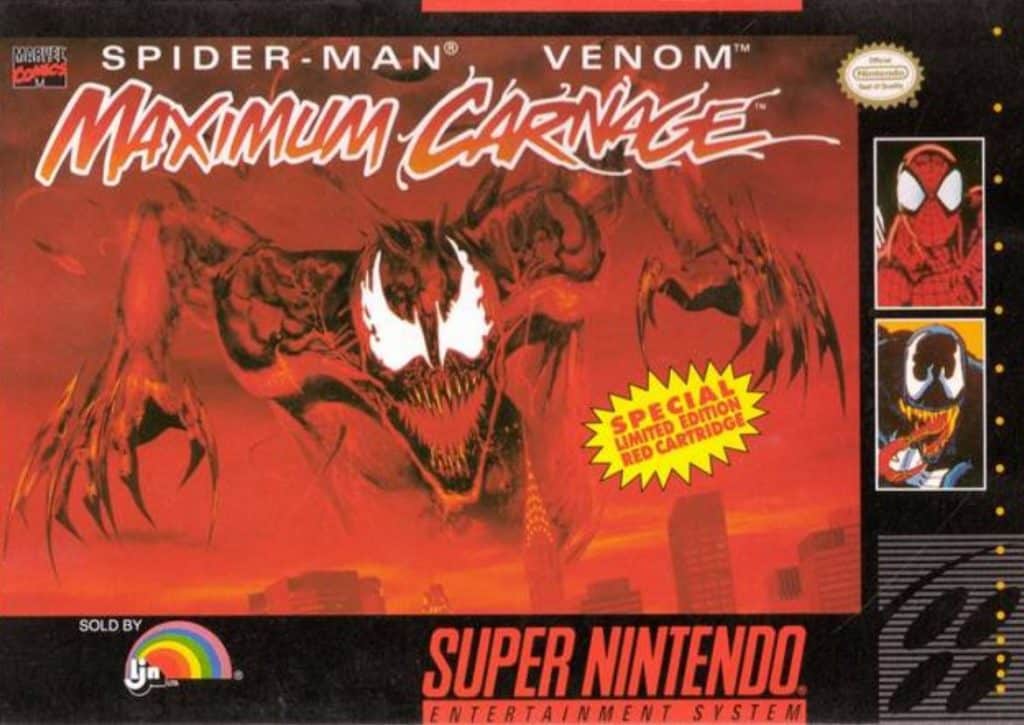 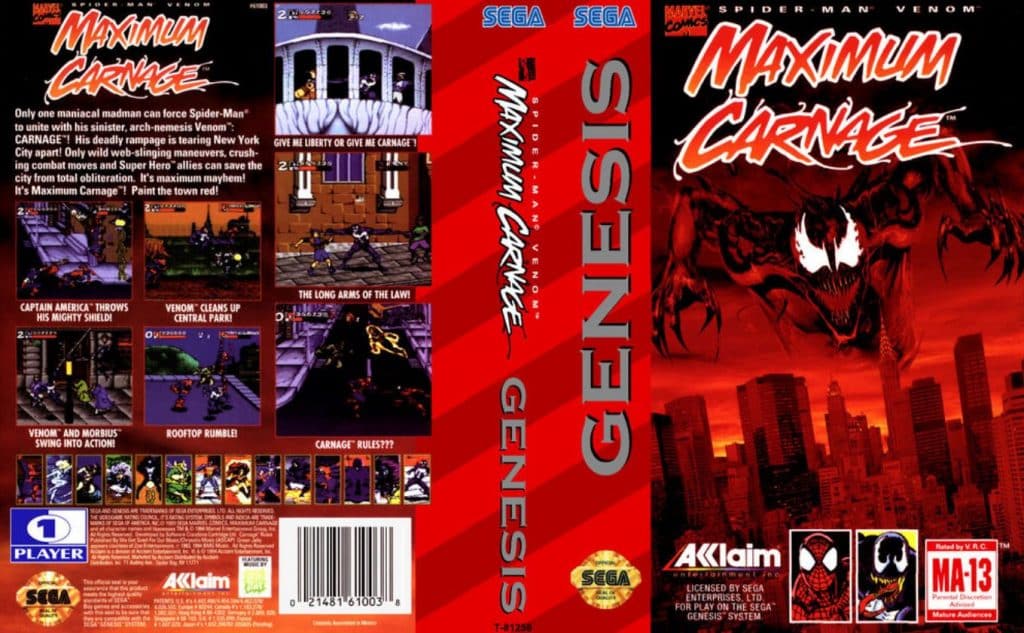 Now obviously, this would be hard to accomplish, given that Spider-Man is currently being used by Marvel Studios in the Marvel Cinematic Universe, something Venom is said to not be a part of. Tom Holland is rumored to cameo in the Venom movie, but that’s a rumor at this point. It’d also be hard considering the other characters involved in the storyline – via Wikipedia:

Since the alien symbiote he was bonded to was destroyed during his capture,[1] Cletus Kasady is presumed powerless and jailed at Ravencroft Asylum. However, the symbiote mutated his blood prior to its destruction, enabling Kasady to generate a copy of the symbiote and break out. During his escape, Kasady—again calling himself Carnage—frees fellow inmate Shriek.

Over the course of their ensuing killing spree through New York City, they recruit Doppelganger, Demogoblin, and Carrion. Carnage dubs himself their “father”, but in fact they all despise Carnage and stay with the group out of devotion to Shriek. As the death toll increases, Spider-Man, Venom, Captain America, Black Cat, Nightwatch, Cloak and Dagger, Iron Fist, Deathlok, Morbius, and Firestar all join the cause of stopping them. However, the heroes are polarized between Venom’s desire to stop Carnage at all costs and Spider-Man’s refusal to allow his own hands to be bloodied, and Spider-Man ultimately abandons Venom to Carnage’s mercies. In addition, Shriek uses her psychic powers to turn the populace of New York City into a bloodthirsty rabble, allowing the killers to continue their rampage with impunity.

Now, we’re not 100% certain what Sony is planning, but they do have the rights to use Spider-Man, Venom, Black Cat, Nightwatch and Morbius – so maybe they could do something with this. We know they’re planning spin-off movies for all of those characters we mentioned (minus Spider-Man), so maybe this could be their ultimate plan. Especially since they seem to be incorporating aspects already: 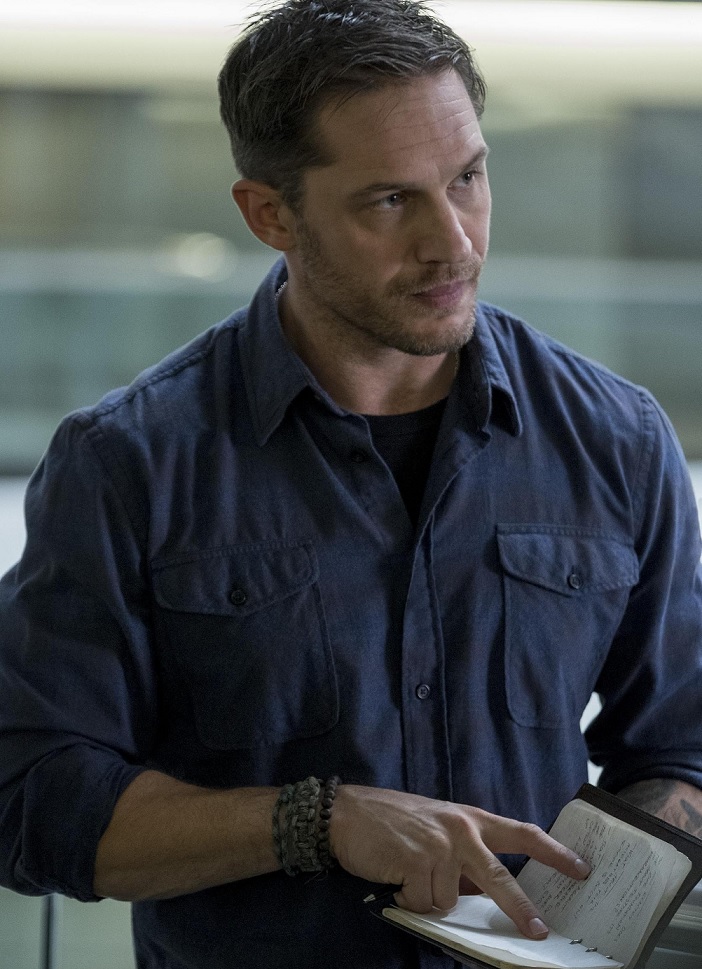 As you already know, we only currently have one picture of Tom Hardy in the upcoming movie, but that picture actually seemingly confirmed the existence of multiple symbiotes because of what he’s written down on the notepad: 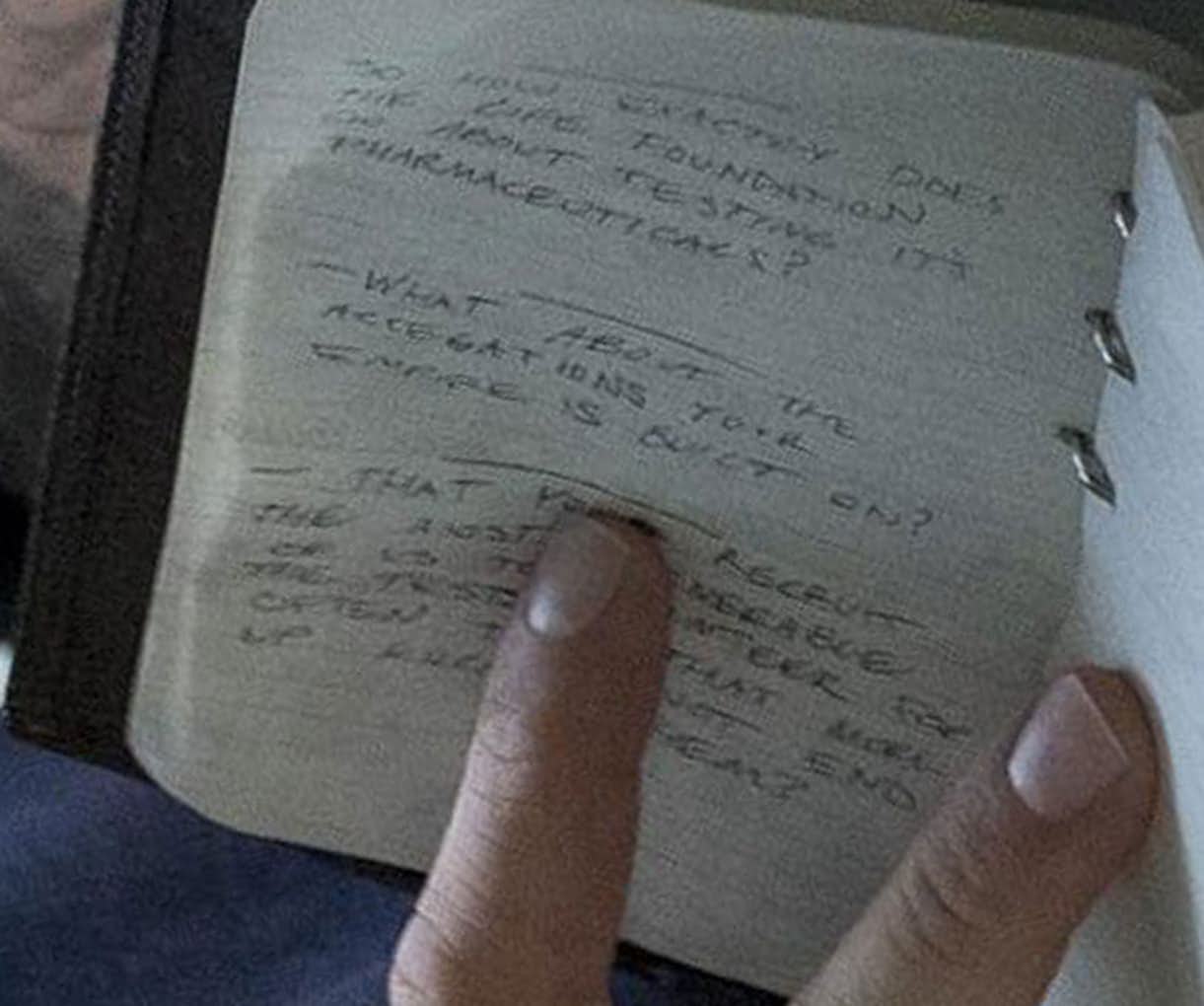 So, how exactly does the Life Foundation go about testing its pharmaceuticals?

What about the allegations your empire is built on?

That you recruit the most vulnerable of us to volunteer for the tests that end up […] them?

We already know Venom is borrowing plot points from Lethal Protector, so maybe they could possibly be using parts of Maximum Carnage as well.

There was also that unmade Venom movie written by Deadpool writers Paul Wernick and Rhett Reese, which at one point morphed into a project simply titled, Venom Carnage. The writers explained there was a very cool symbiote scene they had envisioned:

“We did [write a Venom script]. A long time ago, and it likely will not become a movie in that form. Too many things have happened in between now and then and different people have been involved, and it’s just likely not to happen in the form that we wrote it, unfortunately.”

On the scene itself:

“Imagine a symbiote traveling across a city at some point in the movie, jumping from body to body as it goes, and each person that it inhabits ends up becoming really violent and striking someone else and then it jumps to the next person.  There was a really cool sequence like that in there.”

Obviously Spider-Man is also a very important part of Venom and Carnage’s story, so it’ll be very interesting to see what happens as far as that goes. A lot of fans seem to question how good a Venom movie can be without the heavy involvement of Spider-Man, which is obviously a fair point. I highly doubt, however, that Tom Hardy would sign on to play one of his favorite characters if the script was trash.

The idea has been pitched before, as actor Lin-Manuel Miranda is said to be a big fan of the character, and mentioned the movie specifically according to reports back in 2016:

“He (Miranda) is a big fan of Marvel. There is one particular character that he would actually like to play, that he has already specified. It’s Carnage. He said if Disney and Marvel were looking at doing a Maximum Carnage movie or bringing Carnage in [the Marvel Cinematic Universe] as a character, he wants to be Carnage. Genuinely as a fan, he would love to play Carnage. That is a goal of his.”

As we mentioned above, if they’re borrowing aspects of certain comic books, and putting them into the Venom movie – who’s to say they won’t be doing that with their future films?

What do you think? Would you like to see a Maximum Carnage movie? Be sure to tell us your thoughts in the comments below!

Continue Reading
You may also like...
Related Topics:Carnage, Marvel, Venom