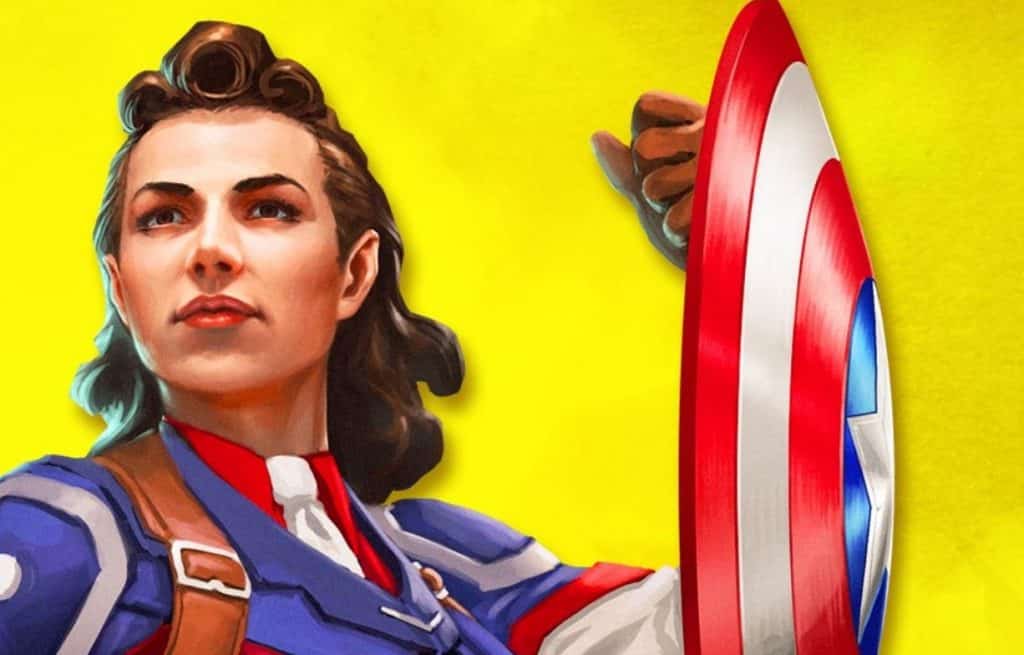 With all the evidence seeming to point towards the fact that the Marvel Cinematic Universe incarnation of Steve Rogers is going to be sadly killed off by the time that the end credits for Avengers: Infinity War have started to roll, the chances are that we’ll be seeing a new MCU version of Captain America before the decade has been and gone. And whilst that might sound like kind of a big thing, Marvel have traditionally unveiled a huge number of different versions of the character in their comics over the years. This week alone has seen a brand new Marvel character adopting the mantle made so famous by Steve Rogers, and her identity may come as a little bit of a surprise to some Marvel fans.

The third series of the ‘Exiles’ imprint is due for release in May, and this week the company have gone and announced that it’s none other than Peggy Carter who will be joining the title, playing this latest version of Captain America. In the reality that this Peggy heralds from, Steve Rogers was tragically killed during the Nazi bombing of the Super Soldier project back in WWII, having failed to successfully complete his transformation into becoming the First Avenger. In his absence, Peggy Carter instead volunteered to step and replace him, with Dr Erskine subsequently transforming her into Captain Carter.

Amazingly, this new female version of Captain America is not the most colourful character to be joining the current Exiles line-up, being relatively tame in comparison to some of her existing colleagues. The team is made up of members from a broad cross-section of the Marvel comic multiverses, These include Marvel Zombies, Age Of Apocalypse and House of M versions of some of Marvel’s biggest hitters, targeting groups and individuals that threaten multiple timelines and parallel dimensions. 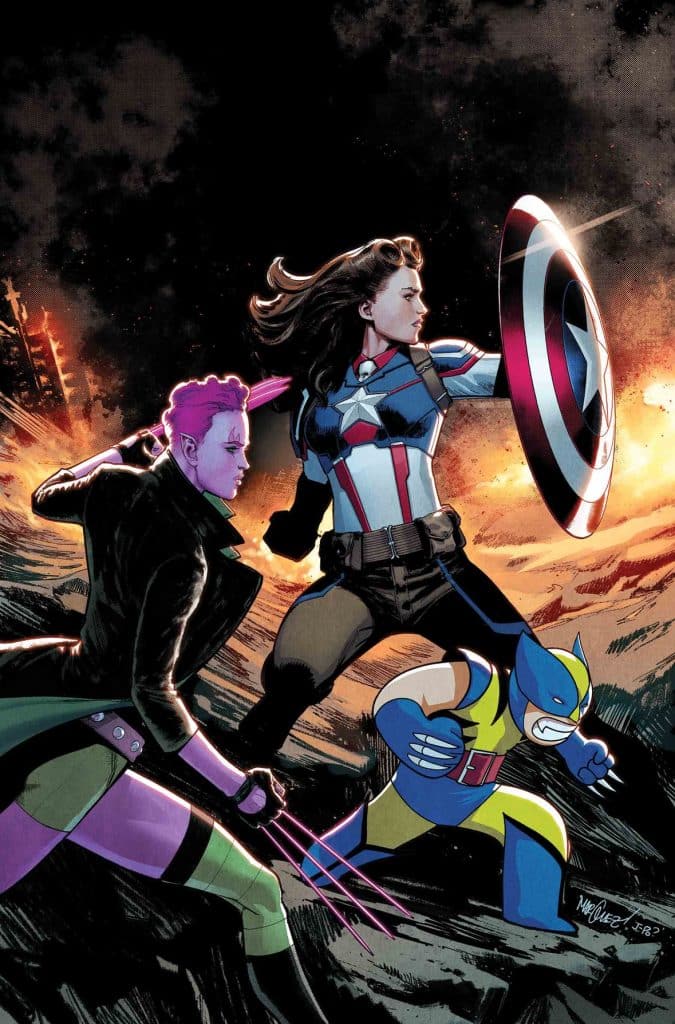 Captain Carter is joining a team that already includes another Captain, Captain Marvel (a future version of the Kamala Khan incarnation), a deliberately childlike cartoonish depiction of Logan and the MCU version of the Valkyrie character, recently played in Thor: Ragnarok by actress Tessa Thompson. Deliberately light-hearted in nature, and designed to poke fun at some of the more ludicrous tropes and themes that can be found in the original Marvel comic books, it’s an imprint that’s aimed to appeal to a wide range of comic book readers.

Traditionally seen as a fairly limited player in the source material, its undoubtedly the popularity of Hayley Attwell’s MCU incarnation that has driven the company to go and revisit the character. With her performance in The First Avenger making her one of the strongest female characters to ever feature in the franchise, Attwell went on to earn herself her own TV spin-off, and a host of cameos in other MCU projects. The idea of her playing Captain America is also something that has been explored in a significant number of fan art and posters that have appeared online.

Whilst the have already been other female Captain Americas, and also stories that have examined how Peggy and Steve’s children would have inhabited the role, this is the first official time that Marvel have come up with Captain Carter. She joins a whole host of other Marvel characters including Bucky, Falcon and even The Punisher in having stepped in during one of Steve’s prolonged absences, and is likely to prove a big hit with the fans.

Exiles #3 will be available May 9 from Marvel and comic book retailers.