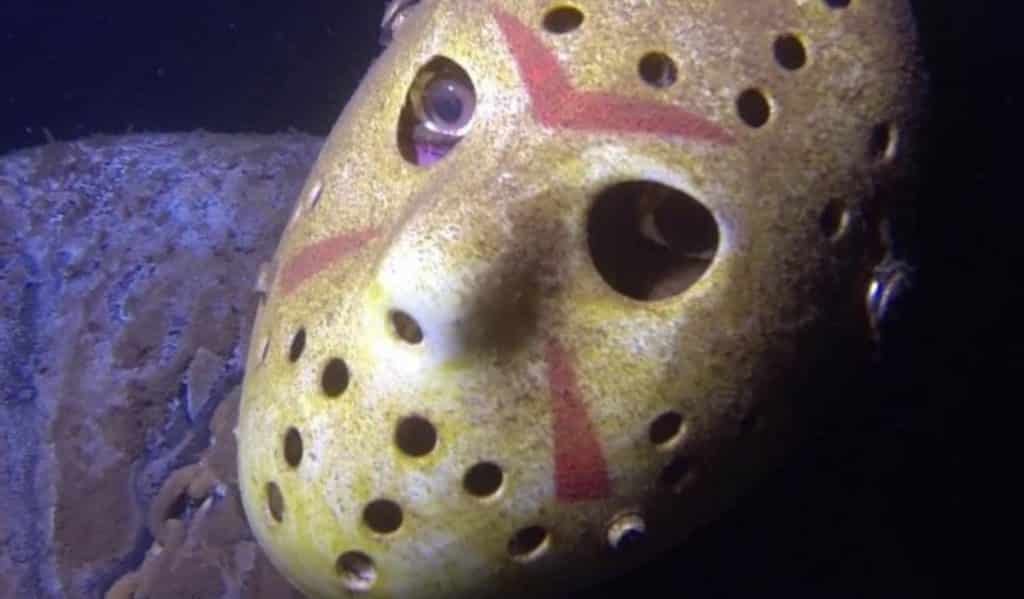 Imagine that you’re a diver, and you’re going about your business and suddenly – you see Jason Voorhees. That’s exactly the idea that Curtis Lahr had in mind when he put a Jason Voorhees statue underwater at a popular diving site in Crosby, Minnesota. The original video was uploaded back in 2014, but there’s now an update – of which you can view both below.

It’s definitely pretty weird, and would be terrifying to come across if you were a diver. As for the future of Friday the 13th and Jason Voorhees, a reboot keeps getting talked about – but never actually happens. There was a recent rumor that suggested a franchise reboot could happen in 2020, but that’s just that. A rumor.

Jason Blum from Blumhouse recently revealed he would like to do a Friday the 13th movie, but wasn’t sure if it would happen, saying:

“Besides Halloween? You know, I really wanted to do Friday the 13th. I would love to do that movie. Maybe someday we’ll get do to that one.”

For now, if you’re a diver, you can visit Jason Voorhees in Minnesota, where he currently lives. For fans who just want to see him on their TVs or the big screen, we’ll be sure to keep you posted if there’s any actual update regarding the status of a potential Friday the 13th movie.

What do you think of this? Would seeing Jason Voorhees freak you out if you were a diver? Be sure to tell us your thoughts in the comments!

Continue Reading
You may also like...
Related Topics:Horror, Jason Voorhees