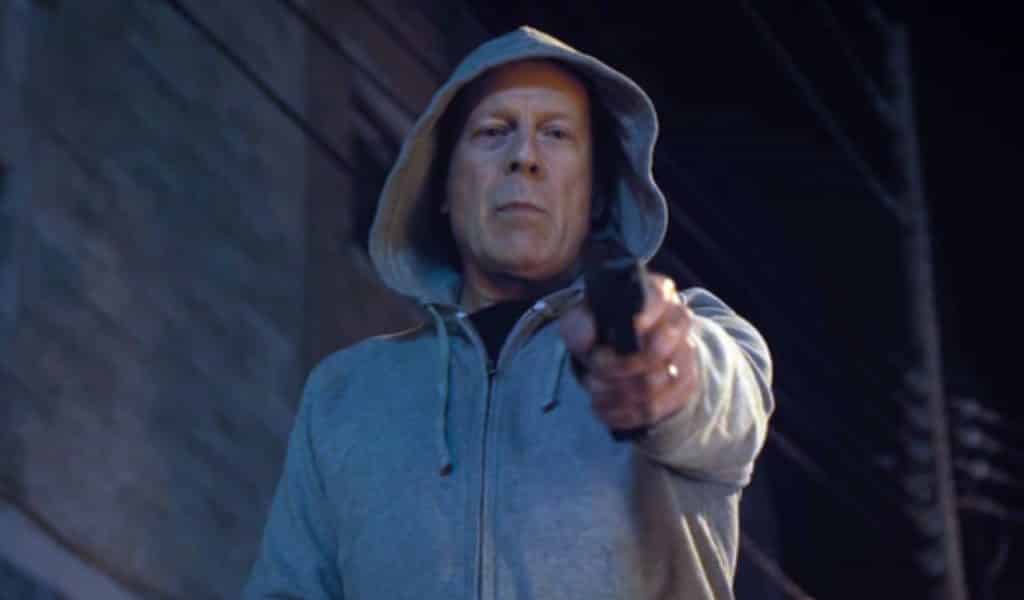 Death Wish, the upcoming remake of the 1974 classic, which was directed by Eli Roth and stars Bruce Willis, already pissed certain people off when the trailer for the film was released last year. People suggested the movie was in poor taste, and the release was delayed due to the Stephen Paddock shooting. Some even suggested it was racist and fascist.

Fast forward to now, and we know that there was a tragic shooting in Florida very recently. Apparently though, movies can’t be separate from reality in the case of this specific movie, and reviewers are being very political in their assessment of Death Wish. It currently has a 15% on Rotten Tomatoes, and here are some of the key reviews:

The Daily Beast: Like a Donald Trump speech on immigration, the unspoken threat against normal (white) American (white) families is articulated as practically inevitable. It’s less of a question and more of a statement: Bad people are here and bad things are coming. Will you just sit back and let this happen to you? Where is your weapon? The trailer stops just short of effectively selling a Trumpian fantasy, and instead exists in a confusing space that’s just plain not the world we live in.

ReelViews: It’s fair to ask what new things Eli Roth and Bruce Willis bring to Death Wish that the original, made in 1974 with Charles Bronson, didn’t have. The answer is: not many.

NPR: It asks nothing, and offers only the blanket assertion that feelings of masculine inadequacy – “The most important thing a man can do is protect his family, and I failed,” Willis declaims – can be obviated ballistically.

Splice Today: An abomination, and the favorite movie of the year for people who like to say, “But what about black-on-black crime in Chicago?”

Common Sense Media: Director Eli Roth’s remake of the 1974 Charles Bronson movie (both based on Brian Garfields’ novel) is not only awful, it’s also incredibly thoughtless, with a brutish, simpleminded argument.

Consequence of Sound: There’s something distinctly odious about a storyteller exploiting both a city’s tragic reality and a country’s debate about firearms to make a film that thrives on violence.

JoBlo: Bruce Willis sleepwalks through this simple remake that lacks the ambiguity that made the original so interesting. More like one of the cheap sequels.

Bloody-Disgusting: A tepid remake of an already dubiously executed movie that inexplicably doesn’t even double-down on those elements that would best antagonize its critics to make for something, well, if not gleefully irresponsible, at the very least memorable.

Fans showed UP in NYC for a special screening of #DeathWishMovie with a surprise appearance by #BruceWillis! pic.twitter.com/CMlFBffFK3

That’s enough for me to go see it this weekend.

Critics are reviewing Death Wish not on whether its a good or bad movie, but rather if it agrees with their political ideology.That’s fucking ridiculous, fuck your politics, do your fucking job.Also,the audience scores it high,proving movie critics are not trustworthy nor needed.

definitely seems like the right time for a DEATH WISH remake.

Is DEATH WISH part of the @FoxNews cinematic universe?

It’s key to point out that the film’s audience rating on Rotten Tomatoes is an 82% and currently has a 6.6 out of 10 on IMDb. If you enjoy action movies, you’ll probably enjoy Death Wish. If you can’t handle a movie with a gun in it, you probably won’t like it. Most of these same critics didn’t enjoy Season One of Marvel’s The Punisher, but it was well received by fans.

Continue Reading
You may also like...
Related Topics:Death Wish