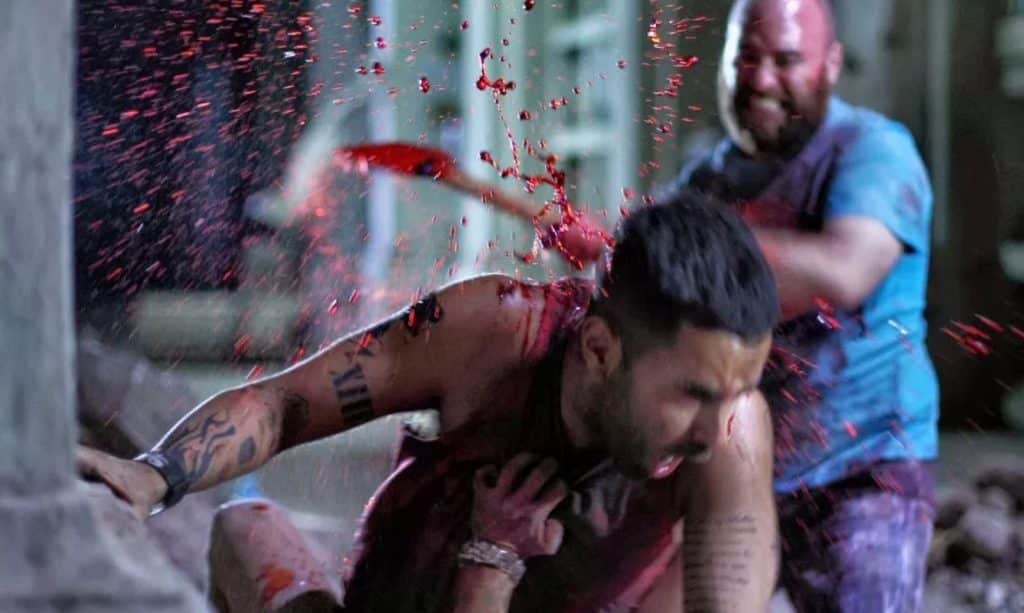 One of Eli Roth’s more recent ventures, aside from the Death Wish remake and The Green Inferno, was a Chilean film he co-wrote, presented, and played in titled Aftershock.

The film is an interesting blend of genres – while part of it is a natural disaster film, focusing on an earthquake and its effects on Chile, there is a very human element thrown into the horror. That is, a prison is destroyed, unleashing a legion of criminals that take advantage of the city’s post-earthquake status to rape and pillage.

Now Aftershock is available on Netflix, giving you a chance to experience one of Roth’s more original projects in recent years. While Death Wish is a remake, and Green Inferno a direct reinterpretation of Cannibal Holocaust, Aftershock presents us with something not quite apparent in either of its genres.

Nicolás López directs the film from a script he co-wrote with Eli Roth and Guillermo Amoedo.

In the official plot description…

“In Chile, a group of travelers who are in an underground nightclub when a massive earthquake hits quickly learn that reaching the surface is just the beginning of their nightmare.”

If it still doesn’t sound like your cup of tea, you can always check out Death Wish – which is currently playing in theaters.

What did you think of the Aftershock trailer? Was it enough to convince you to watch the movie? Are you a fan of Eli Roth? Be sure to tell us all of your thoughts in the comment section down below!