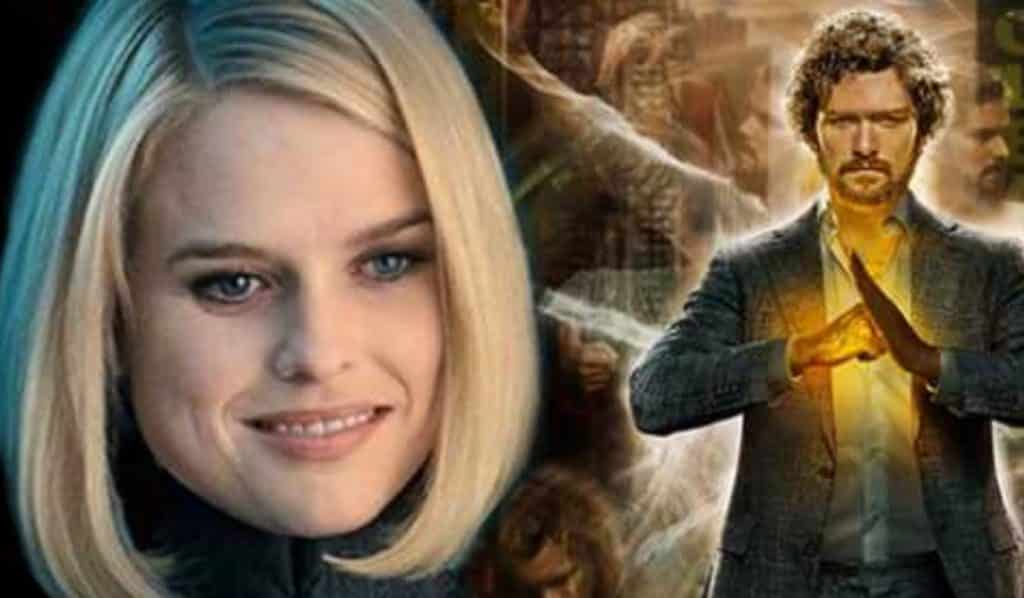 Marvel’s Iron Fist was not one of the most loved television series to date but apparently that didn’t scare Netflix away from doing a Season 2.  Although Season 1 was drawn out and over acted, Netflix is in high hopes that this upcoming season may pull in those that turned away in the first place. Alice Eve was said to be portraying a new character in the show, but they would not release any information on what character it would be exactly. That didn’t stop theories from surfacing.

When Eve was announced as a new character, executive producer, Jeph Loeb was quoted saying:

“[Alice Eve’s] exceptional talent brings an intrigue and danger to her character unlike anyone else.”

That does help with the theory that Eve will be playing Tanya Adrian Aka Lady Gorgon, but the recent photos released by Finn Jones Central do not quite match that theory without fault.

As you can see in the photos, Eve seems to be more of a friendly help rather than an enemy.  That does leave other theories open for more dramatic plot twists like “frenemy,” and evil masquerading as good, but it does also leave open the fact that she may not be Gorgon at all and we are still in over our heads on this one.

Whatever character Alice eve will be playing may or may not help Netflix and Marvel with their fans but will at least pull in people to see who exactly the Star Trek veteran will be playing. Now we just hope they worked on that dull story line and that they achieve what fans truly want and can pull themselves off the train tracks they so boldly tied themselves to.

Iron Fist season 2 is in filming with no set release date. Luke Cage Season 2 and Daredevil Season 3 are looking to come out next, and maybe then we will be able to see who the mysterious character is!

Do you have any theories on Alice Eves character?  Are you willing to watch Iron Fist season 2? Tell us your thoughts in the comments!