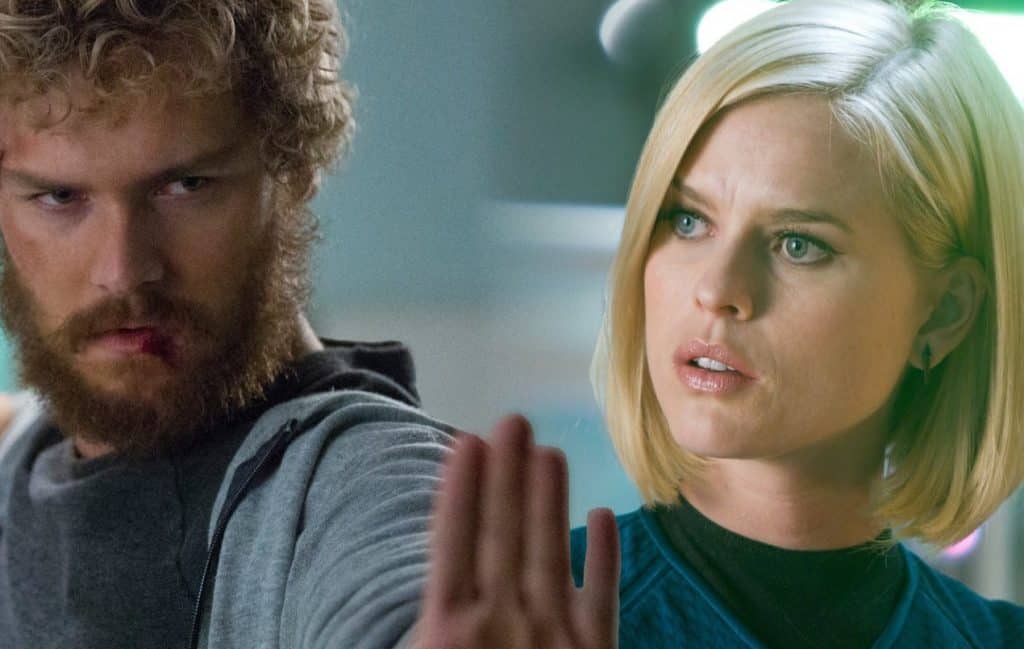 You can forgive Marvel fans for being less than excited about any news stories that might emerge in relation to the upcoming second season of Marvel’s Iron Fist, but this week saw the first set photos appear online to feature Alive Eve making her debut on the show. The Star Trek: Into Darkness actress was announced in an unnamed role back in December, and due to the fact that the casting call for the series included a female villain by the name of Tanya Parker, it was assumed by commentators that Eve would be playing The Hand assassin known as Lady Gorgon.

Gorgon (Real name Tanya Adrian), is a minor character from Marvel comics, who is actually a Punisher villain, rather than a traditional foe of the Iron Fist. A master martial artist, she was tasked by The Hand with eliminating Frank Castle when he began to target their drugs operations in NYC. Defeated and badly burned beyond recognition, she agreed to undergo facial reconstruction in a subsequent attempt by Jigsaw to emotionally break the vigilante. Once again, this ended predictably badly for the assassin, resulting in a short but eventful run of appearances.

Whilst it’s cool to think that Lady Gorgon might be introduced as a minor character in Iron Fist, and then later get moved across as a heavy hitter in a future season of The Punisher, the photos that Iron Fist actor Finn Jones shared online this week don’t support the theory that Eve is playing a villain. They show her dressed in a hoodie and casuals, fighting alongside Danny Rand rather than against him, suggesting initially at least that she will be playing a friend of the Iron Fist.

Working off the theory that Eve is being introduced as an ally rather than an enemy, and somebody else has been cast as Lady Gorgon, then what other characters exist in the Iron Fist comics that she could be playing? The answer is: not many. There’s something of a chronic lack of female characters in the Iron Fist canon, and what there are have already made appearances in the MCU (Misty Knight, Colleen Wing…). There are however, a couple of possibility candidates, and we’ve laid them out for you below. 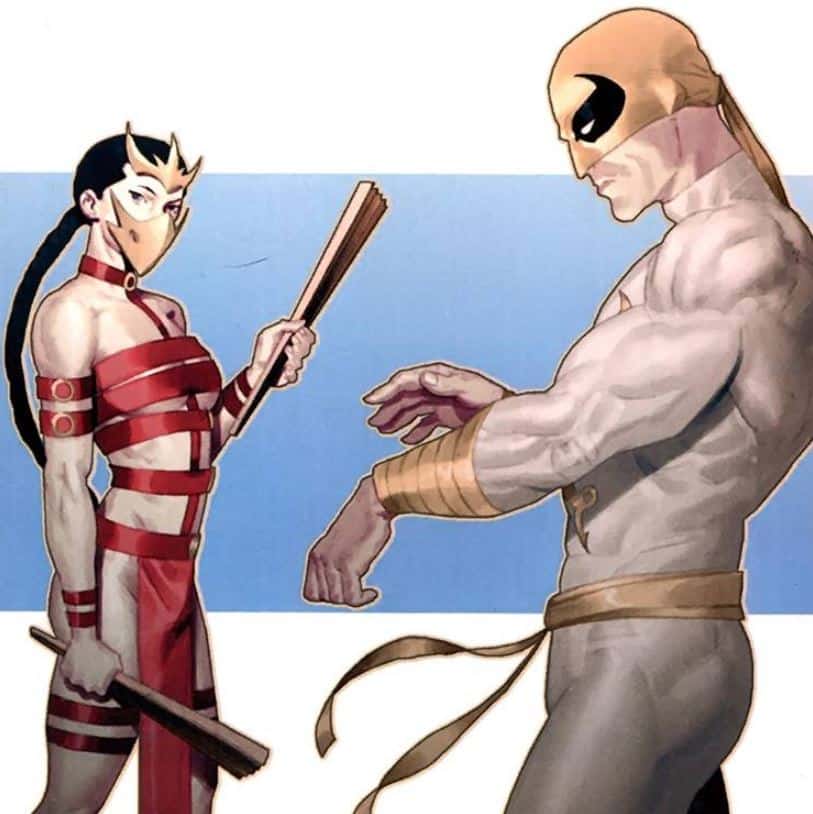 First up, K’un Lun doesn’t rely entirely on the Iron Fist in order to defend her borders, and retains a backup team of powered guardians named the Immortal Weapons. They’re a fairly colourful bunch, with a broad set of skills and powers, one of whom is a female warrior named Li Hua. Code-named ‘Tiger’s Beautiful Daughter’, she was a guardian of her village, before moving to K’un Lun and learning how to manipulate Chi like the other warriors there. With Danny now missing, and K’un Lun in chaos, it would be easy to write her into the show as another warrior like Davos, sent to persuade the Iron Fist to return to his duties. 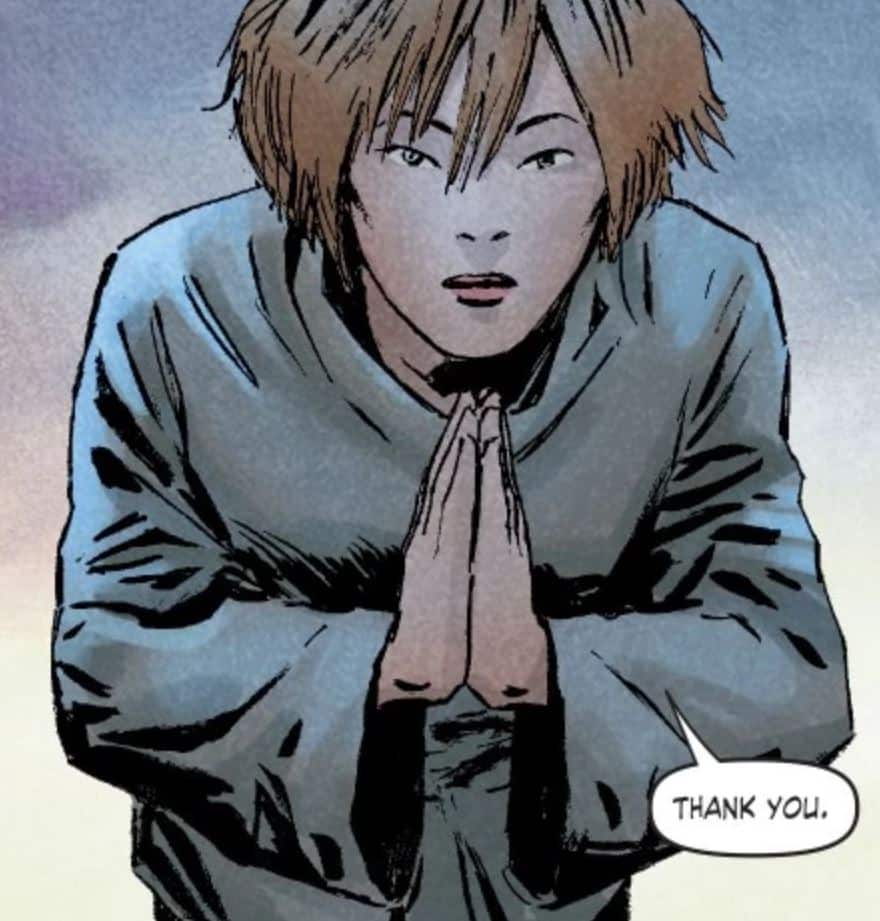 Next in line, in turns out that K’un Lun has another female warrior named Sparrow, who goes by the codename of ‘Thunderer’. She is the daughter of Orson Randall, who was a pistol-packing Iron Fist prior to Danny’s arrival, and may well be the one depicted in the Chinese camera footage shown during Season One. Sparrow grew up alongside the orphaned Danny, but was blinded by Davos when he attempted to overthrown the holy city. She has remained in post as their gaurdian in Danny’s absence, and it would be a shrewd move by the showrunners to introduce her as a link to Danny’s past, only to have the MCU Davos blind her at the end of Season Two.

Lastly, and perhaps the safest bet of the three, it transpires that Danny has a secret half-sister named Miranda. In the comics, Danny’s father Wendell had lived in and fought for K’un Lun before moving back to America and marrying Danny’s mother. In doing so he left behind a wife and child in the holy city. Miranda was killed during a HYDRA attack on K’un Lun, and then resurrected as a villain. It would be no problem for the show’s producers to introduce a long-lost sister for Danny, who would assist him, only to turn against him at a future point and return as an enemy.

As soon as confirmation comes to light about who Eve is playing, we’ll be sure to report it to you. Iron Fist Season Two is currently filming, and is expected to appear on Netflix at some time in 2019.