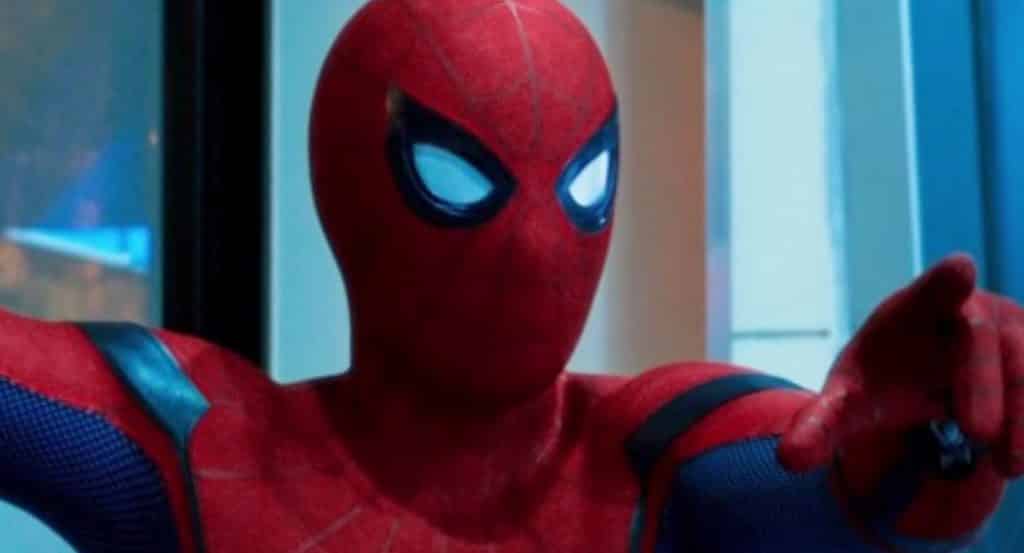 Even with such a short presence in the MCU, Spider-Man has made quite the impact with his appearance in Captain America: Civil War and even his own feature movie Spider-Man: Homecoming. With the connection to Tony Stark in both role model and tech, we can expect quite the drastic upgrades for his many potential suits in what will be a long span of attendances in the connected worlds. We may actually have a first peek at what is to come in the upcoming sequel – thanks to concept art of Disneyland Resort’s latest superhero-themed attraction.

With a suit much closer to the original comics, the traditional suit sports a larger scale of the spider symbol to how he is portrayed in modern media adaptations. The black outlines are more spaced and appear regulated to the new black bands on the wrists (very likely web shooters). The classic red and blue combination is also present, but a soft hue of blue lines are expanded along the dark blue portions of the suit. Though not present in the original poster, the updated Twitter post shows this detail, perhaps a possible upgrade to the appearance of his suit with certain actions.

You can check out the picture below:

During #MarvelSummer, Spider-Man will meet Guests who booked a Marvel Package in this new MCU costume: pic.twitter.com/h1qzQ0CSts

With filming for the Spider-Man sequel coming in just a few months, it seems very likely this is the design they have in mind for the film. This leads to speculation as to how much Avengers: Infinity War may impact the possible storyline after the big blockbuster film. Can this technology be also Wakandan based since Black Panther and co. are involved in the crossover? We did get a better idea of their technology after the initial film, and who’s to say a combination of their tech and Stark’s can provide some interesting fusions? Only time will tell…

We’ll see Spider-Man next in Avengers: Infinity War – which comes out April 27th.

If this is Spider-Man’s new suit – what do you think? Do you like it? Be sure to tell us your thoughts in the comments!