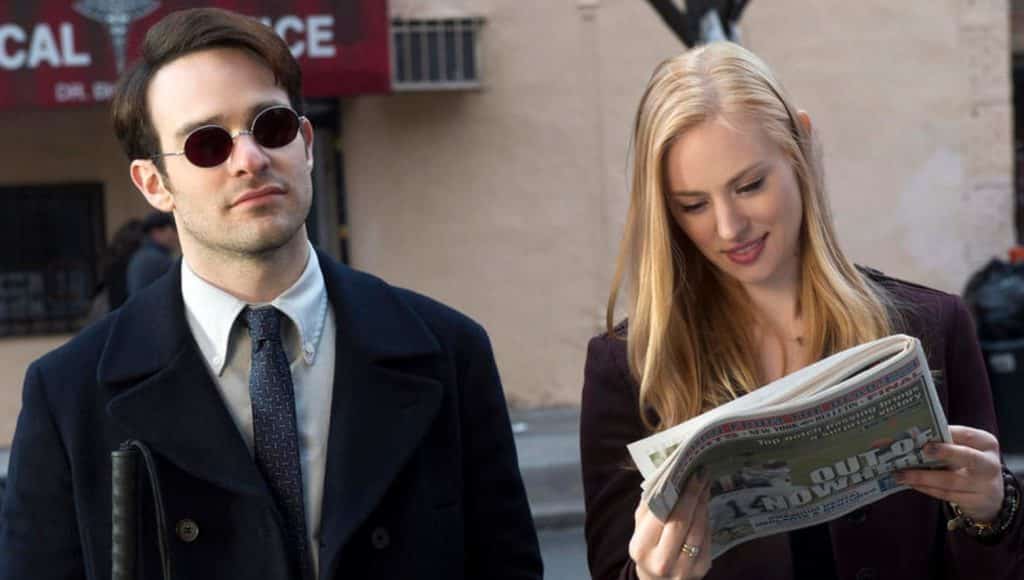 A key strength of the Marvel/Netflix TV shows is the level of character development that they employ. Boasting multi-layered and engaging backgrounds for each of their main players, it’s this attention to backstory and individual motivations that have set the format a league apart from the rest of Marvel’s other televisual output. One of the few recurring characters this is not true of is Karen Page, but set photos from the currently filming third season of Marvel’s Daredevil that have appeared online earlier today suggest that’s something that’s about to be rectified.

A legendary supporting character and love interest from the original comic-books, the MCU version of Karen Page has been around since Season One of Daredevil exploded onto our screens, brilliantly played by Deborah Ann Woll. Much like Claire Temple, Brett Mahoney and Turk Barrett, Page’s tendency to cross the divides between the individual Defenders stories forms the glue that hold them all together, and her on/off relationship with Matt Murdock (and now Frank Castle) is a highlight of the shows.

Very little has been revealed so far about the history of this incarnation of the character. Subtle hints have been dropped in each series she has appeared in, about a murky past and some questionable things she has had to do to survive to the point of her arrival in Hell’s Kitchen, but the writers have deliberately and repeatedly held back on the detail.

Given Page’s history in the original source material, whatever her past contains is going to be pretty explosive. The 616 version was a former pornographic actress, prostitute and heroin addict, and so it’s reasonable to assume a similar backstory exists in her new setting.

This morning, The Register Exchange dropped a few photos online from the set of Season Three which has just moved into the town of Windham, NY. Frontages and signs the crew have been setting up around the location show that the town will be doubling up as Fagan Corners, Vermont, which is Karen’s fictional hometown from the comics.

Wether this will be purely for flashbacks, or the new footage will see Karen returning to her old home to confront the demons of her past remains to be seen. Both are narrative functions that have been heavily employed across all the Defenders shows to date. We already know from previous reveals about season 3 that Matt’s backstory will also feature heavily, as Joanne Whalley has been cast as his estranged mother, Maggie.

Of course, none of the Netflix shows have been anything without the bone-crunching action sequences that fans have gone crazy for (usually involving a claustrophobic corridor-rumble). At time of writing, other than some conflicted FBI agents, no villains have been announced for the new season, so we’re still hoping that the show will be able to pull some appropriately bad-ass opponents out of the bag for Daredevil to throw down with.