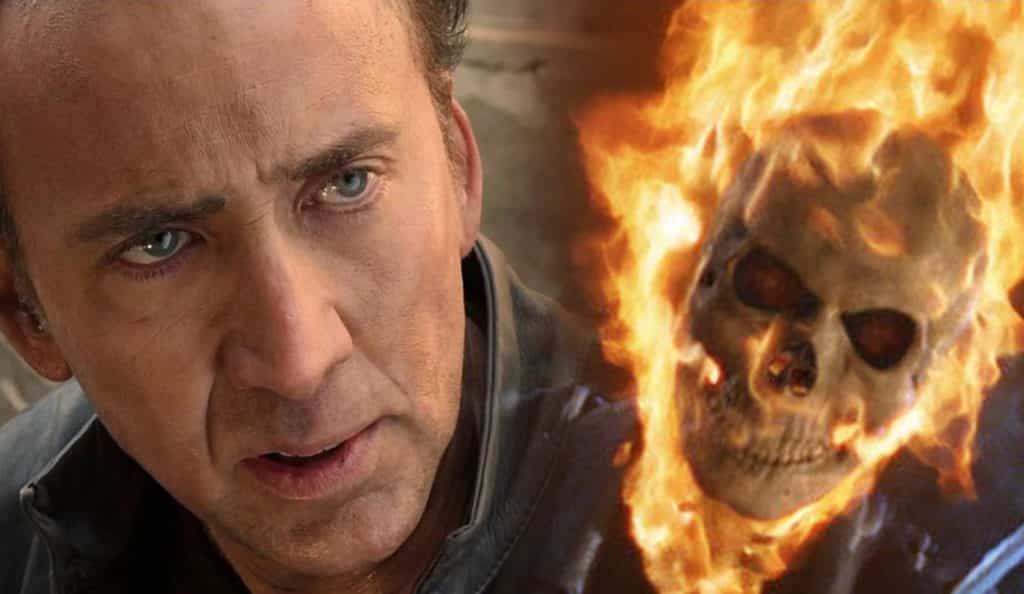 Ghost Rider has had quite the interesting run in the comics with some pretty gritty material. For a guy with a flaming skull that spouts lines of hell and donning chains and leather, it seems straight forward anyone with the deal with the devil has a more adult tone than the usual super spandex stories. However, translated to the visual media has not been too kind for our ghastly biker with two solo films that never tapped into critical acclaim or an underwhelming appearance in Agents of S.H.I.E.L.D. It seems the limitation is obvious with its general audiences level of PG-13 and even the character’s titular actor Nicolas Cage agrees.

Cage spoke to JoBlo.com on promoting his film The Humanity Bureau when the topic arose of how things could have been, with what was in fact an R-rated script by Nolan Trilogy and DCEU writer David S. Goyer:

“I think that when the GHOST RIDER movies were happening Marvel hadn’t gotten the entire process worked out yet and now they have and they know exactly where to go and what to do and it’s working beautifully for them. Y’know, GHOST RIDER was a movie that always should’ve been an R-rated movie. David Goyer had a brilliant script, which I wanted to do with David and for whatever reason they just didn’t let us make the movie. But that movie is a still a movie that should be made, not with me obviously, but it should be an R-rated movie-heck, DEADPOOL was R-rated and that did great. GHOST RIDER was designed to be a scary superhero with an R-rating and edge and they just didn’t have it worked out back then.”

It’s fair to say that R-rated comic book films are finding a home in the mainstream after a tough break-through for years. While we had ourselves Dredd and the Blade trilogy before, we can really thank Deadpool for breaking the mold to box office success and audience approval and it paved the way to the Oscar-nominated Logan for that matter. Ghost Rider really deserves to be in the same sort of storytelling level of darkness as the likes of Daredevil and Punisher on Netflix.

Still, sometimes a more explicit rating doesn’t exactly warrant a great film. We’ve seen how that sort of thing turned out for Punisher when moving on to 2008’s Punisher: War Zone or even how fans reacted to the more “daring” content in the animated adaptation of The Killing Joke. Point being, a rating doesn’t always justify a film 100%.

Here’s hoping for a brighter flame for the Rider when he comes back, maybe with a more dignified return for Cage. Or at least Norman Reedus.

What do you think? Do you agree with Nicolas Cage? Be sure to tell us your thoughts in the comments!