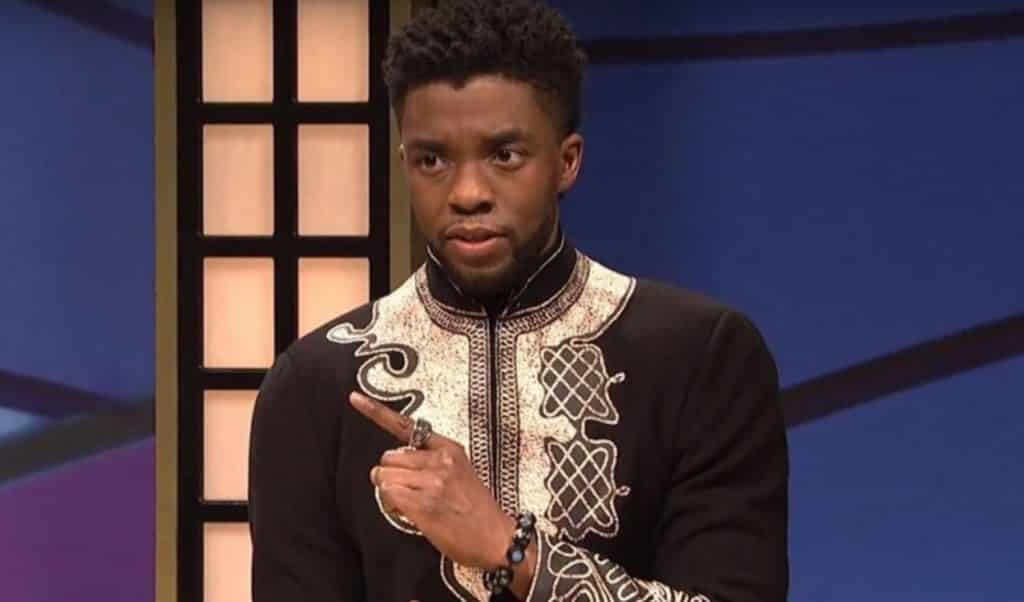 Chadwick Boseman hosted Saturday Night Live last night. Of course, he made reference to Black Panther, but was it everything we hoped and dreamed it would be following the instant hit the film was—a film that is still climbing in ranking as on of the biggest grossing films of all time as it recently hit number three? It is true that Sterling K. Brown, who already hosted SNL a little while back, already made reference when he did a skit which involved Black Panther meeting his ancestors. However, T’Challa being the main focus of the movie might make it that much more interesting now that he finally made it on to the show. And it surely was.

Boseman appeared as T’Challa in his first skit, where he is on a gameshow called ‘Black Jeopardy’. Here, he shows that while he is king of an African utopia, filled with the best technology and culture, he doesn’t quite understand what it is like to be African-American, though his usual skill of logic makes up for it, and he quickly understands how bad potato salad could possibly be coming from the neighbor. He also schooled Chris Redd on how it is Black Panther is actually played.

The fun didn’t end there as he pulled out another skit teaching the audience about the Wakandan ways. In this one, he plays a character that isn’t so stable as he tells the audience when it would be okay for non-black people to give the Wakandan salute. If that is something you have thought about and needed some guidance on, this might be helpful. Or not, being that his character was a little unhinged.

Black Panther is set to return to the screen with the Avengers in their newest movie, Avengers: Infinity War, which means we haven’t seen him interact with the Norse god, Thor, yet. That being the case, it would explain why he doesn’t really understand oblivious white guys quite yet. His logic should soon sort that one out, too.