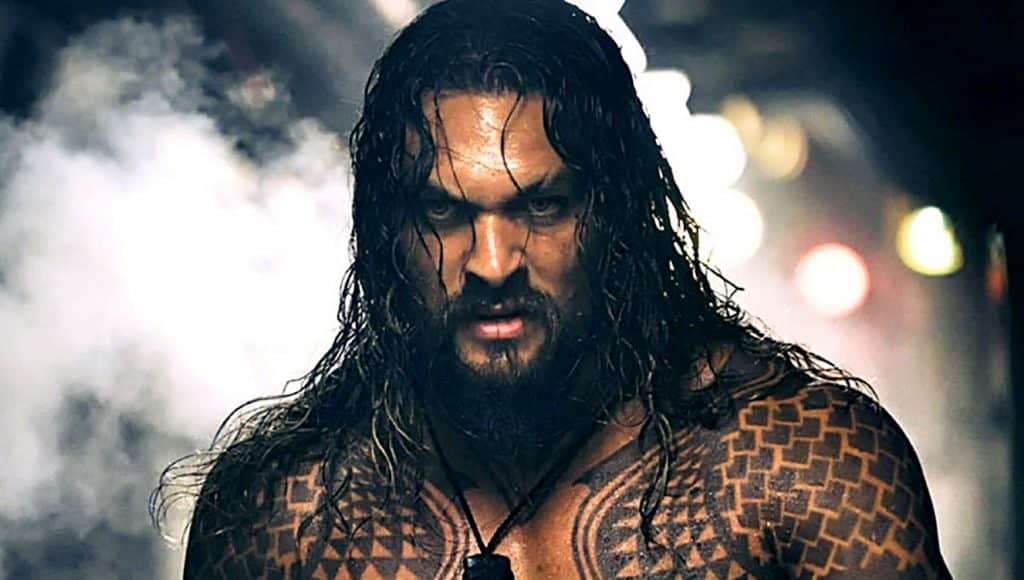 In today’s edition of “how the hell did anyone notice that?” we have some possible information about DC’s upcoming Aquaman solo film. An amazingly eagle-eyed observer caught a Superman reference in a photo shared from the set of Aquaman’s reshoots.

Aquaman’s director, James Wan, posted a photo of himself with actor Randall Park. It appears that Park’s character is being added to the film in the reshoot process. In the picture, Park is holding a few papers in his left hand. No big deal, right? But then, the internet did what the internet does, and dissected the image pixel by pixel. And what they spotted may have a major impact on the film.

The paper appears to have “Existence of Superman?” written on it. So it looks like the reshoots are primarily being done to add in references to tie the film more strongly to the overall DCEU. Park’s character, Dr. Shin, wasn’t in the original draft of the movie. So if additional filming is taking place just to insert his character, he must be quite important.

But what could his character’s mystery be? The world in the DCEU is already aware of Supes’ existence, and it seems likely that everyone would know about his return from the dead as well, after his battle with Steppenwolf. So what is Dr. Shin trying to prove?

Looks like we’ll have to wait a bit longer to see. But the good news is, it will help bring a bit more cohesion to the film, and hopefully, carry over into the other solo films DC is planning. They still need a bit of work creating the shared universe as well as Marvel has done. This would appear to be a step in that direction.

Is it a good idea to expend more time and resources to add in scenes that will tie the films together? Tell us what you think below!

Continue Reading
You may also like...
Related Topics:Aquaman, DCEU