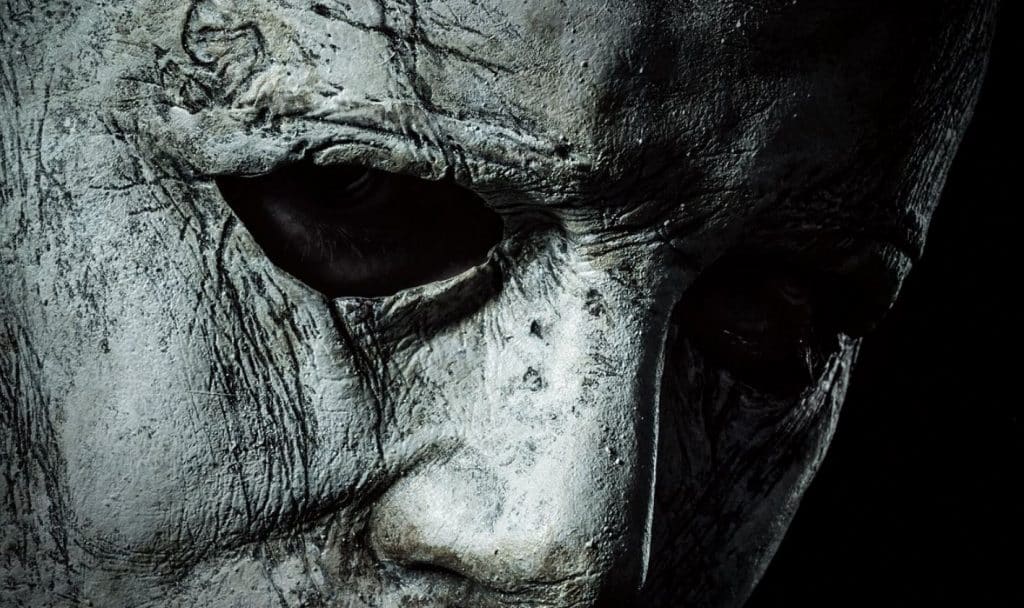 Up until this point, we hadn’t yet had really seen a good image of Michael Myers from the upcoming Halloween movie. We had seen a blurry set photo, and a photo-shopped poster when the movie was announced, but never got a good look at him. That is until now, of course, as we now have been given the first teaser poster for the film – and it looks pretty cool!

As far as the look of the mask, make-up effects artist Christopher Nelson recently spoke about it, saying:

“The first order of business, of course, was the mask. I have a strong working knowledge of the original mask, and what the second one was about, and all the masks (of the sequels) and who did them and what they looked like,” Nelson told the site. “The point was to get back to the original, and to bring Michael Myers to life again, to bring that character, that feeling that you get – I really approached it more as a feeling than I did trying to copy the original mask.”

We already know this won’t be the typical Michael Myers we’re used to, as producer Danny McBride has revealed he won’t be immortal:

It’ll definitely be interesting to see, as it’s already been revealed that Nick Castle will be playing the beloved horror character, as well as a new actor.

Jamie Lee Curtis is also on board. As far as a trailer goes, we’ll be sure to keep you posted.

What do you think of the look? Are you excited for the film? Be sure to tell us your thoughts in the comments!

Final ‘Deadpool 2’ Trailer Features Lots Of Violence And Profanity
‘Avengers: Infinity War’ Directors On Who Is Stronger Between Thanos And Hulk
Advertisement
Advertisement
To Top