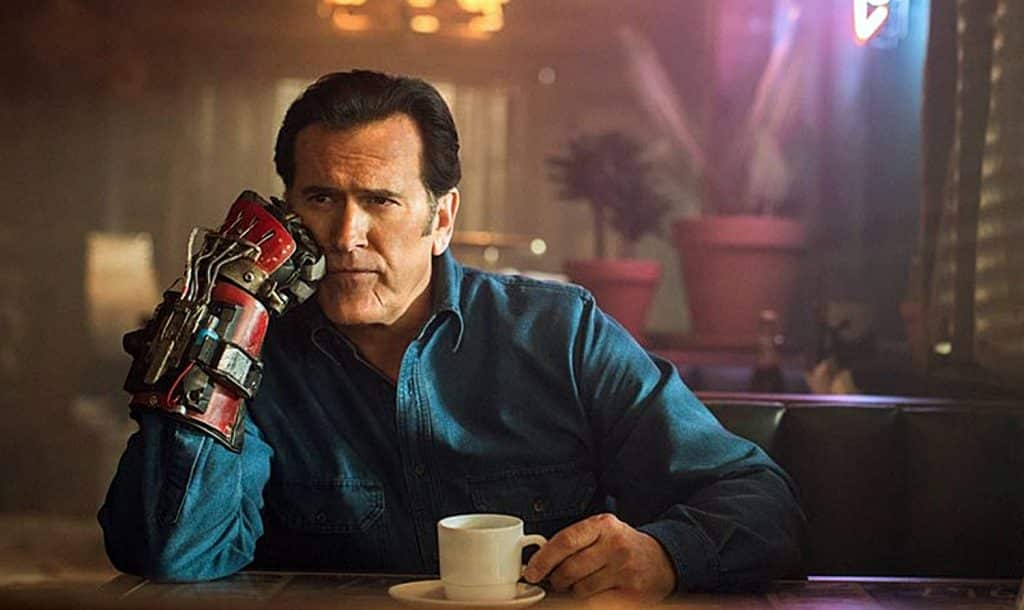 In news that most horror fans have been expecting for a while now, or at least bracing themselves for, Ash vs. Evil Dead has officially been cancelled after three seasons. Ratings for the show simply weren’t very good as of late. As THR reports, the April 29th episode will be the series finale, as Starz has decided not to renew the series.

The plot of the finale, reads:

“The series finale, airing April 29 at 9 p.m., will see the Ghostbeaters put to the ultimate test to defeat a global demon infestation whose epicenter is Elk Grove as Ash and company gear up for battle one last time to save the world.”

Bruce Campbell himself even posted a farewell message – in what seems to also be a goodbye to Ash:

“Ash vs. Evil Dead has been the ride of a lifetime. Ash Williams was the role of a lifetime. It was an honor to reunite with Evil Dead partners Rob Tapert and Sam Raimi to give our tireless fans another taste of the outrageous horror/comedy they demanded. I will always be grateful to Starz for the opportunity to revisit the franchise that launched our careers.”

I will always be grateful to Starz, Sam Raimi, Rob Tapert and our tireless fans for the opportunity to revisit the franchise that launched our careers. Thank you! 😎 pic.twitter.com/oNmTopS1Ab

Campbell recently said that if the show was cancelled, he could be done with Ash for good, so it’s possible he could be. As we noted above, ratings for the show this season have been terrible, but it didn’t help when Starz put the show up against The Walking Dead.

Here’s hoping it’s not the end of the franchise completely.

What do you think of this news? Are you sad that Ash vs. Evil Dead is coming to an end? Be sure to tell us all of your thoughts in the comments!