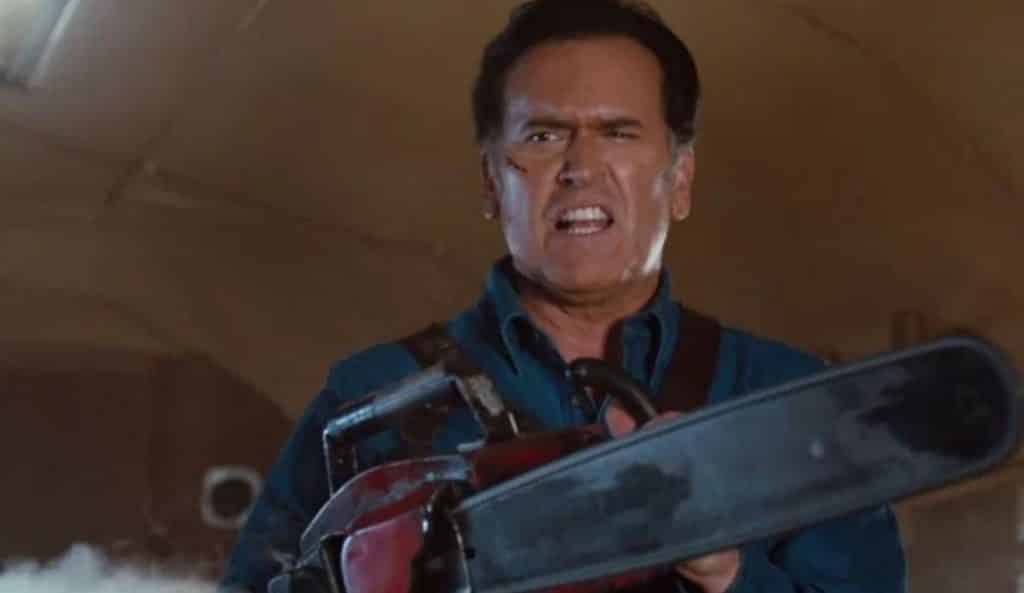 While it’s still unknown what the future of Evil Dead is going to be once Season Three of Ash vs. Evil Dead ends, we did have Bruce Campbell say there could always be another movie.

“We won’t know [if we’ve been renewed] till the middle of March. We’re in the horrible television limbo right now,” Campbell told EW last month. “If they take us off the air, we can think about another movie. And if they don’t, we can just keep plugging away.”

But now he’s changing his statement, suggesting that this third season could very much be the final end for Ash Williams and his war against evil. Unless, of course, the show does well enough to warrant a fourth season – which doesn’t appear to be likely, given the ratings decline.

He explained it all during the “Evening with Bruce Campbell” event at the Irish Film Institute. According to what he had to say when questioned by the crowd,

“If they cancel it, I think Ash is done,” Campbell told the crowd. He continued, “I have lavender on my property. I’m going to smoke weed and hang out.”

The indominable Bruce Campbell, @GroovyBruce , explains that Ash vs the Evil Dead will be the end of Ashley Williams’ adventure. Sad but he sounds like a man with a plan.#dublin #ifi #brucecampbell#evildead #ashvsevildead #ash #hailtothechin #hailtothechinbooktour pic.twitter.com/rbWVRhKBPq

It’s unfortunate if this really is the end, but never say never – especially when it comes to Evil Dead. After Army of Darkness we went decades with being told there would never be a fourth film. We then got the remake. And, of course, once that came around we were told Bruce Campbell would never be Ash again. This statement was followed by three seasons of a series where he portrayed Ash in every episode.

So Evil Dead will likely come back after this series, if not as one format then another.

In the current third season…

Are you sad to hear this news? Be sure to tell us all of your thoughts on Ash vs. Evil Dead in the comments!