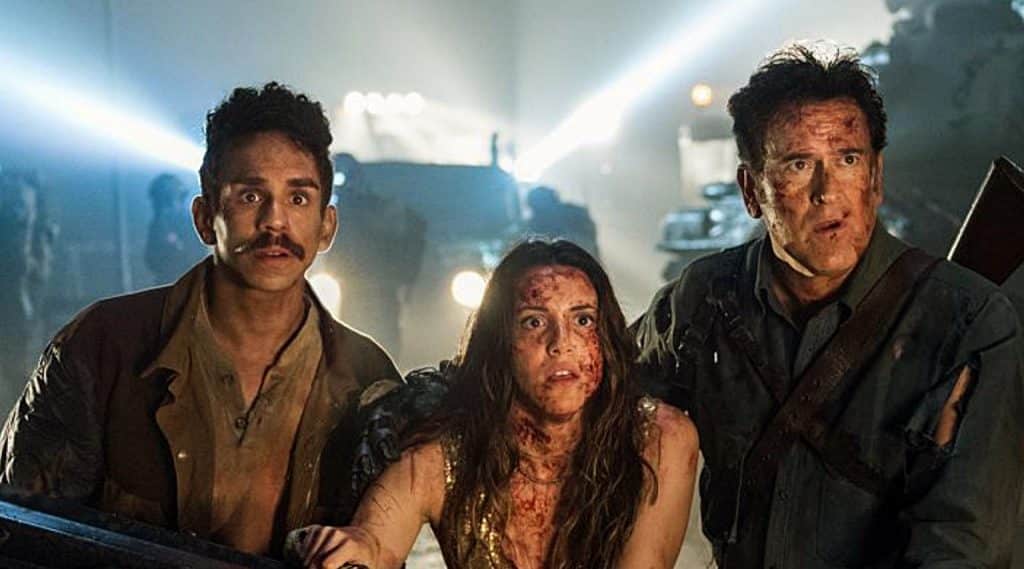 While Ash vs. Evil Dead is officially cancelled, the series’ fourth season was still being developed up until the official announcement. And, according to a source from Bloody-Disgusting, the new story was going to be huge.

Sam Raimi, Rob Tapert, and Bruce Campbell were planning to send Ash into the future apocalypse – something that we only had a taste of in the alternate ending for Army of Darkness. It reportedly would’ve been like a mix between Fallout and Mad Max, with demons and robots alike roaming the wasteland.

It’s unfortunate this never happened, because this is personally something I wanted to see before even the remake was released. The idea of Bruce Campbell’s Ash driving a futuristic Oldsmobile and racing against deadites in the wasteland is just so good of an idea. But sadly it must’ve also been too good to be true since it never happened either time.

If Bruce Campbell never gets to play Ash again, maybe we’ll be lucky enough to see him play a similar role in a battle against futuristic evil. Until then I suppose we’ll always have the hints of apocalyptic chaos this third season has given us. There’s been plenty of deadite action and cosmic battling that it kind of makes up for what could’ve been.

How do you feel about Ash fighting deadites in a future apocalypse? What would you have liked to see in a fourth season of Ash vs Evil Dead? Let us know in the comments section down below!

Continue Reading
You may also like...
Related Topics:Ash vs. Evil Dead, Horror