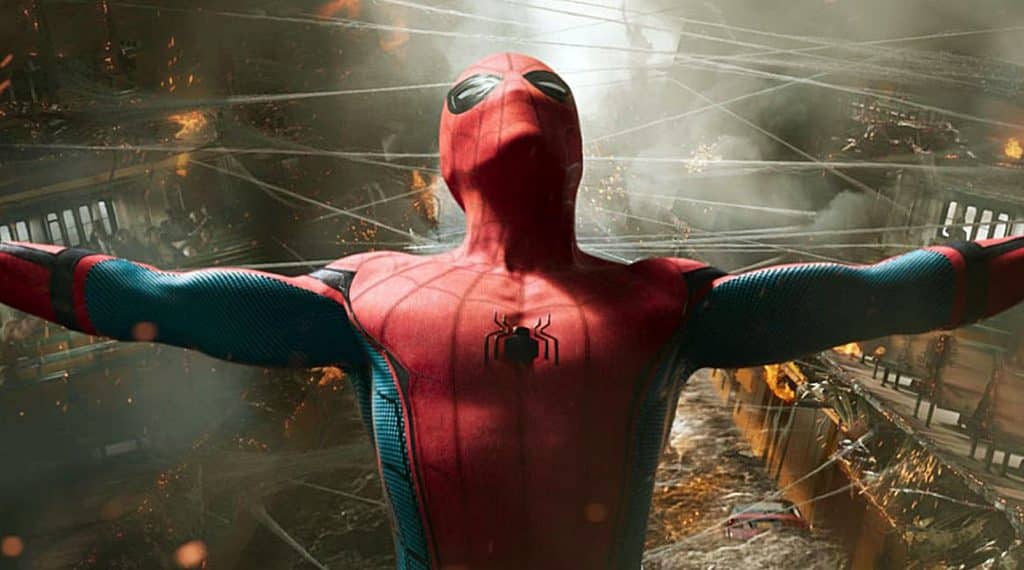 The Spider-Man: Homecoming sequel will start production soon for its July 5th, 2019 release date and although we have little to no information for the film, it is certain that Spider-Man will be traveling outside New York city to fight a villain. It was announced during a press junket for Avengers: Infinity War by Kevin Feige, and he also explained his choice on the unnamed villain.

During the junket, Feige discussed how Spider-Man is more of a local hero, even though he did travel for ‘Civil War’ to the Battle scene between the Avengers, before returning home for school. It is also let out that the next two Avenger movies, Avengers: Infinity War, and Avengers 4 (unnamed currently), will give explanation as to why Spidey will become a world traveler. It is no surprise when Marvel movies tie in together so well, and ‘Homecoming 2′ will be kicking off Phase Four of the MCU.

“The way Civil War and the fact that he went to Leipzig Airport and then has to go back to school, informed Homecoming, the two Avengers films that precede [the sequel] will greatly inform, probably even more so, the next movie.”

Feige also discussed that they chose a villain that will fit nicely in the location they have chosen – and that the story line is greatly impacted by the locations we see Spidey go to.

“We’ve chosen a villain, and I think the story line is fairly impacted by the locations we go to. We love the notion of taking Spider-Man to places around the world that we haven’t seen him in before. And we have a villain who I think will play into that nicely.”

While we do not know exactly what villain we will be seeing as of yet, there is speculation based on certain circumstances. If we do not see any repeats from Tobey Maguire’s Spider-Man films, then we may see Kraven the Hunter, The Chameleon (his half-brother) or the living vampire Morbius. Spider-Man is well known for the villains in his comics being top notch, such as Green Goblin and Venom – so whatever they choose should be one heck of an enemy to face in a globetrotting battle.

Any idea on what villain they have decided Spider-Man will be facing?  What do you think about the local hero traveling outside of New York?  Be sure to let us know in the comments below!