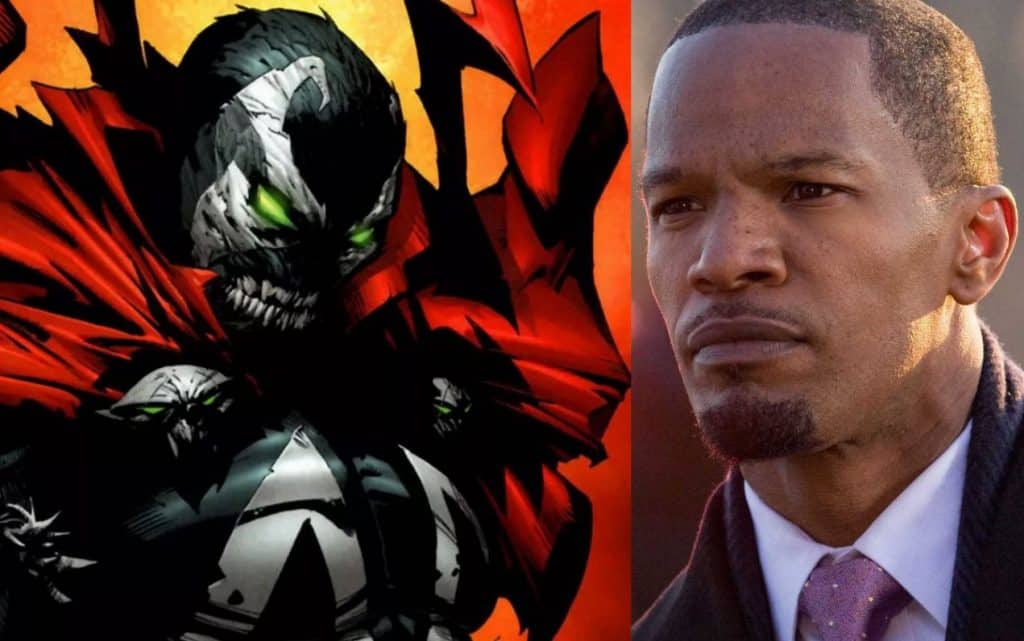 The Spawn movie reboot is finally actually happening. After years of Todd McFarlane giving us updates that seemed to be followed by more and more delays, the movie is finally happening at Blumhouse. It’s said to be very much a horror film, and not at all like the 1998 movie that got a mixed to negative response. But who will play Spawn? A new rumor suggests it’s none other than Oscar winning actor, Jamie Foxx.

According to ThatHashtagShow, the actor has been offered the part:

Casting director Terri Taylor (Get Out) have begun assembling a cast ahead of an early August start. The first offer has gone out and while some fans might think this is a flashback to 2013, we can assure you it is not: Jamie Foxx has been offered the role of Spawn/Al Simmons.

Foxx has yet to sign on for the role and his decision may ultimately be a major factor in how fast this project gets off the ground. Should he, or another actor quickly take on the role, however, they’ll be sharing the spotlight with another lead. Whereas the 1997 film put the focus on Al Wilson’s family and his origins as Spawn, this film will have a different family at its epicenter.

As we mentioned earlier, Todd McFarlane has said it won’t be anything like that 1998 movie. Back in January, he said:

“Spawn doesn’t say a word the entire movie, and it’s the same way with “Jaws.” It’s about the sheriff and the people, chasing the ghost. That’s it…The lead role isn’t Spawn, the lead role is a cop, like Sheriff Brody from “Jaws.” I think we can hook a fairly significant actor that we want. Unlike a superhero movie, we wouldn’t need an actor to put on prosthetic (makeup) or go to the gym. We just need him to act.”

If the movie is a success, McFarlane has said he plans a new animated series for the character.

What do you think of Jamie Foxx playing Spawn? Do you think it’s a good fit? Be sure to tell us your thoughts in the comments!