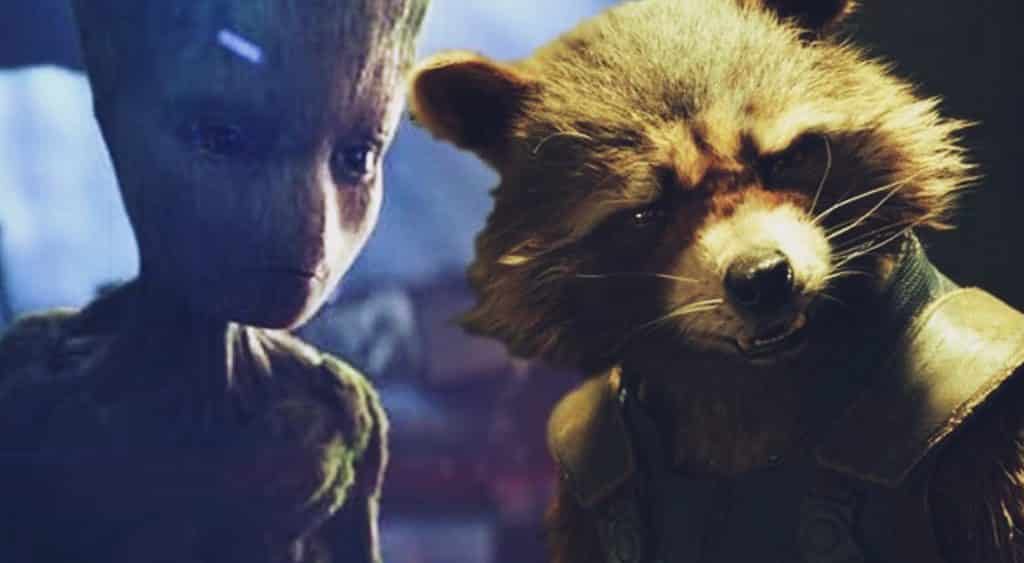 Obvious Avengers: Infinity War spoilers ahead! Even with three words (or four rather – with “we”), Groot’s epochal “I am Groot” has been presented in every conversation with a very particular meaning behind it. Context has always been a huge thing when it comes to communicating with Groot and even if we can’t understand it as an audience, the feeling behind it and the help of how other fellow characters talk to him really bring out the most of our favorite tree man/boy.

Still, there comes a time when we must attribute to behind-the-scenes to give us the right framework of what happened. And a very particular scene at the end paints a picture where we wonder what was said. And James Gunn is about to make things as sad as the first eye-opener with Groot Sr. dying in the original Guardians of the Galaxy.

With the conclusion of Avengers: Infinity War, half of our heroes meet a shocking end by disappearing into the dust with the effect of Thanos and the Infinity Gauntlet. One of many beloved protagonists is our cherished Groot, looking into the eyes of Rocket Raccoon as he utters his final phrase, no different than the other. While we may have an idea of what was said being sad, Gunn revealed the real meaning over a question on Twitter:

I’m sorry! He asked! It’s in the script!

It certainly makes the scene all the more depressing, especially having to see the character die a second time. This makes it all the more gut-punching when you realize a deeper glimpse into Rocket and Groot’s relationship that blossomed from Guardians of the Galaxy Vol. 2 and how the offspring of his best friend sees him at the most emotional time.

We can only hope Rocket has his day with getting Groot back in time for the Infinity War follow-up due next year in Avengers 4, but for now, we can re-watch the scene with some new eye-opener here.

Relive the feels, as Avengers: Infinity War is currently playing in theaters.

What do you think of this? Are you surprised? Be sure to tell us your thoughts in the comments!