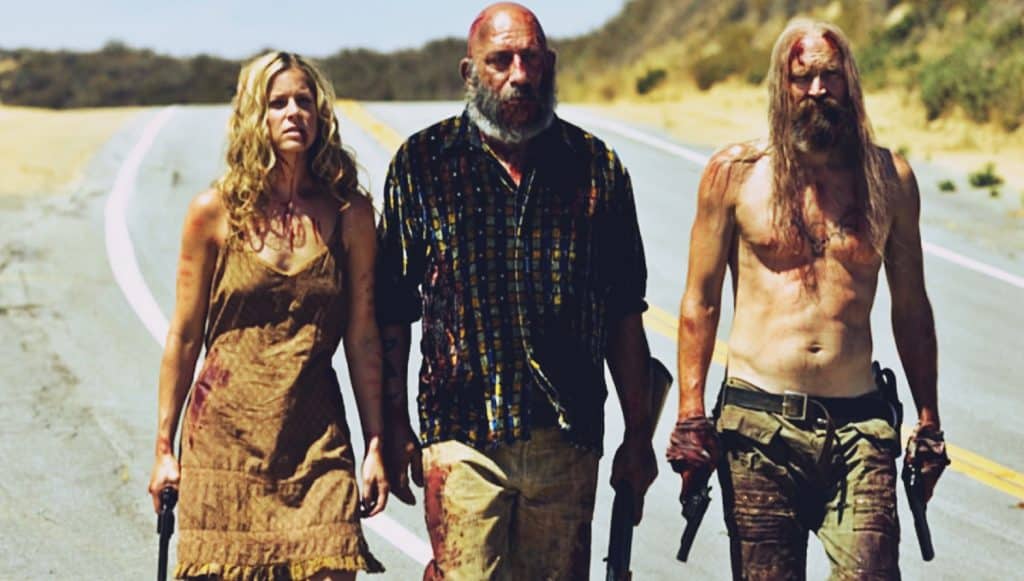 The announcement of 3 from Hell, a continuation of the cult classic The Devil’s Rejects from 2005, has really gotten fans riled up after 13 years of the famous sequel to House of 1,000 Corpses. While we know the editing phase is going on currently, Rob Zombie is currently busy travelling with Marilyn Manson on their “Twins of Evil: The Second Coming” tour and we’ll likely won’t hear much an update until his return from 30 stops across North America. However, he did leave us a glimpse of first photos.

Zombie took to Instagram to provide three photos of our protagonists Otis Driftwood (Bill Moseley) and Baby Firefly (Sheri Moon Zombie) respectively. He also gives us a glimpse of Captain Spaulding. While it’s a no brainer that a sequel would be based around them surviving the ending shootout, it still makes us wonder what’s gone down.

This seems to hint that a trial for the murders and being taken into custody will be part of the plotline. Upon closer inspection it seems that it’s been much later (possibly coinciding with the 13 years in real time) as they appear unscathed from the damages from before.

What do you think of this? Will you be watching the upcoming movie when its released? Be sure to tell us your thoughts on the film in the comment section down below!