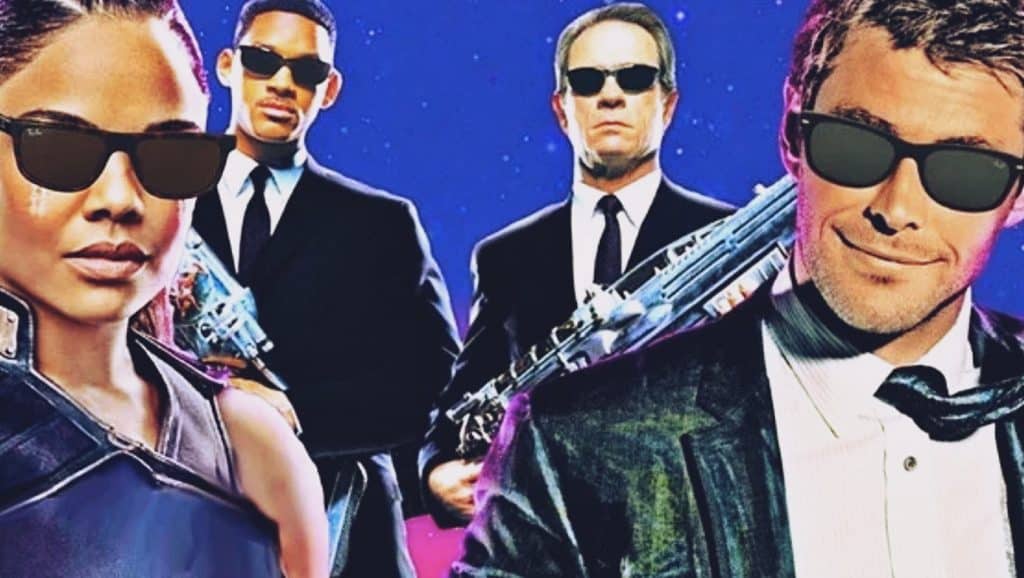 The Men in Black films are coming back around with a reboot (or spin-off movie?) about to start production. We know that Chris Hemsworth (Thor) and Tessa Thompson (Valkyrie from Ragnarok) will be in the film together and now we also have the first plot details that have been released.

The writers of Iron Man, Matt Holloway and Art Meachum, put their minds together to bring us the next step in the franchise with this Spin-off involding the two Ragnarok stars fighting back to back.

The plot details released include Hemsworth being a “Former ace” MIB agent named “H” and partnering with Thompson’s newly MIB joined character “Em”. While working in London, they will then find themselves wrapped inside a murder mystery, and will need to travel the world. There were earlier reports that this film was “an ensemble piece” and will be “more global in scale”, and with the new details released – it seems to be true.

Alongside the plot points and the characters, there has also been word that Wade Eastwood (the stunt coordinator for Men In Black 3) will be returning for this film.

It’s also been revealed that Liam Neeson has been cast, and we should expect to meet many more agents during the film and more details to be released while we wait for opening day. The film is set to release June 14th, 2019 at this point in time.

Are you exited for this spin off? Would you rather see an add on or nothing at all? Be sure to let us know in the comments below!