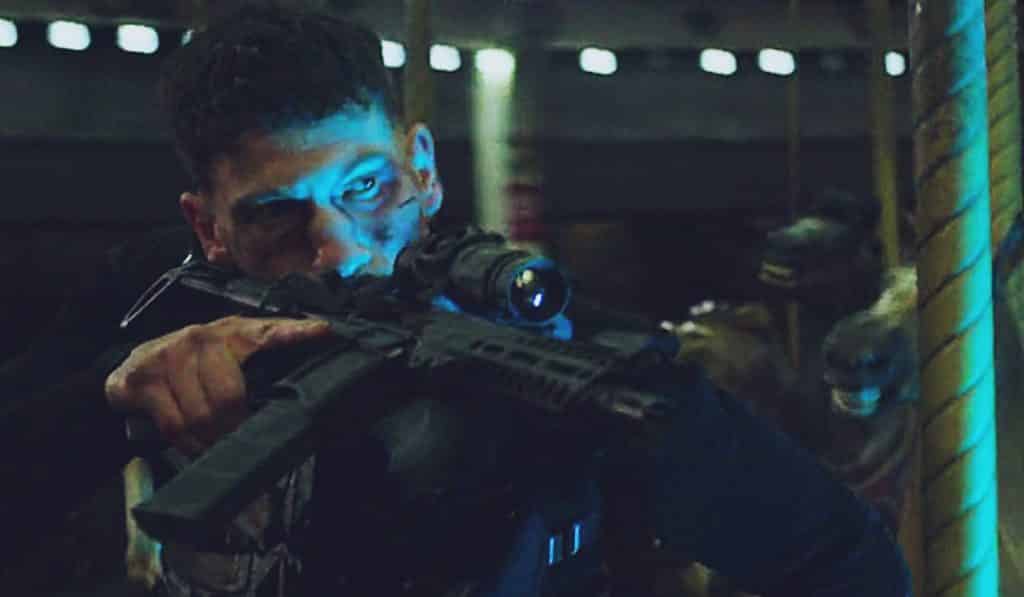 In the closing stages of Season One of Marvel’s The Punisher, Marvel gave fans of their iconic character exactly what they’d been waiting for. After betraying and repeatedly trying to kill off his old war buddy, Billy ‘the Beaut’ Russo finally received the  appropriate payback he deserved. With half of his face ground off using broken glass, and having been beaten into a coma, there was a question over what role Russo would play (if any) in the show’s second season. Well, some video that has surfaced this week has answered now that question, in spectacular style.

Russo’s coma left the show-runners with two realistic options for his potential inclusion for Season Two. The first was to use the physically scarred and psychologically damaged ex-soldier as the second season’s main bad guy, Jigsaw. The other would be to utilize another villain instead, and only tease Russo emerging from his coma, setting him up as the antagonist for Season 3. And. We now know they went with Option One.

Photos emerged at the start of the week of Jon Bernthal shooting action scenes in NYC, with Frank Castle facing off against a gang of masked goons. Initially it was thought that this crew was being headed up by Josh Stewart’s villain, John Pilgrim. But the accompanying video has now clarified that the gang’s leader is in fact Ben Barnes, playing a newly revived Jigsaw.

As Frank ducks in and out from behind parked vehicles, returning fire, his lead opponent stops and removes his mask, revealing himself to The Punisher as his former friend. You can see from the video that Barnes is not wearing any visible prosthetics during this scene, which indicates that his facial disfigurements will be created using CGI, much like Aaron Eckhart’s in The Dark Knight.

Barnes’s performance was one of the highlights of Season One, oozing charm and sophistication in one scene, switching to murderous psychopathy in the next. Fans will be delighted to see him returning to the show so quickly, and it will be interesting to see how he riffs off the other new antagonists, Corbin Bernsen and Annette O’Toole.

The Punisher Season Two will be available to stream on Netflix in 2019.

What do you think of this new development? Are you excited for Season 2? Be sure to tell us your thoughts in the comments below!