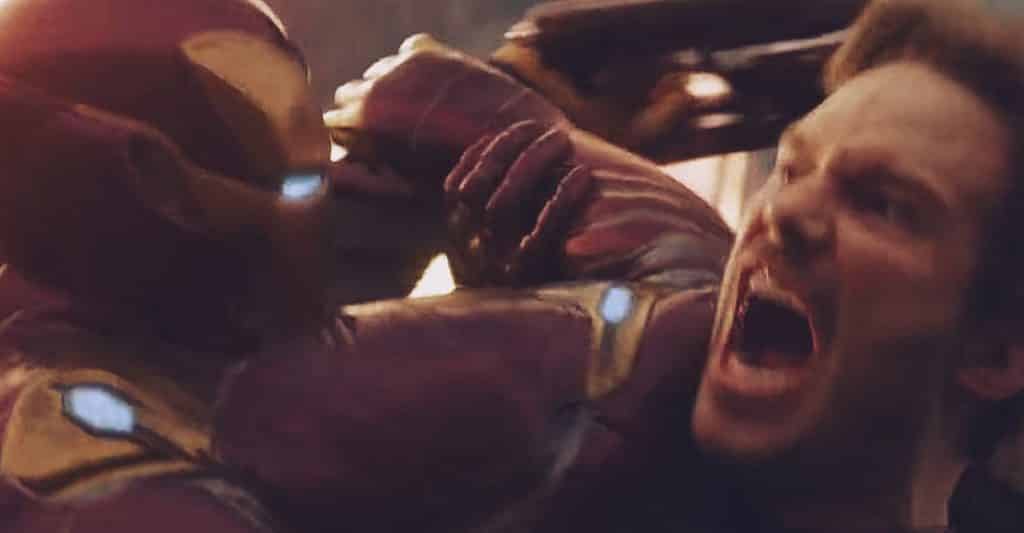 Avengers: Infinity War was well-received by critics and fans alike, and is still heavily talked about despite being released over a month ago. One thing that angered many fans, however, was Star-Lord’s actions in the final moments against Thanos. (Spoilers ahead) The group of Guardians, Iron Man, Spider-Man and Doctor Strange nearly had the big purple giant defeated – only to have it all destroyed by Star-Lord getting angry and punching Thanos in the face, ruining everything. Chris Pratt, however, defended the character in a recent interview.

“Look – the guy watched his mother die, he watched as his father-figure died in his arms, he was forced to kill his own biological father. And now has suffered the loss of the love of his life. So I think he reacted in a way that’s very human, and I think the humanity of the Guardians of the Galaxy is what sets them apart from other superheroes. I think if we did it a hundred times I wouldn’t change a thing.”

“I guess you could have the movie end a half hour earlier if you wanted, but it seemed like people really liked this. And also, I blame Thanos, OK? Jeez, how come he’s not getting any blame? That’s a really good point, right?”

He then laughed about it:

“Clearly I’m very sensitive about this.”

We’ll see Pratt’s character again in Avengers 4 – unless he’s really dead. I don’t think anyone believes that as a possibility, as co-star Letitia Wright may have already spoiled the character’s return, and Dave Bautista has already confirmed Drax will be back. We’ll know everything for sure when Avengers 4 hits theaters on May 3rd, 2019.

What do you think of Chris Pratt’s defense? Were you alright with Star-Lord’s actions in Infinity War? Be sure to tell us all of your thoughts in the comments down below!