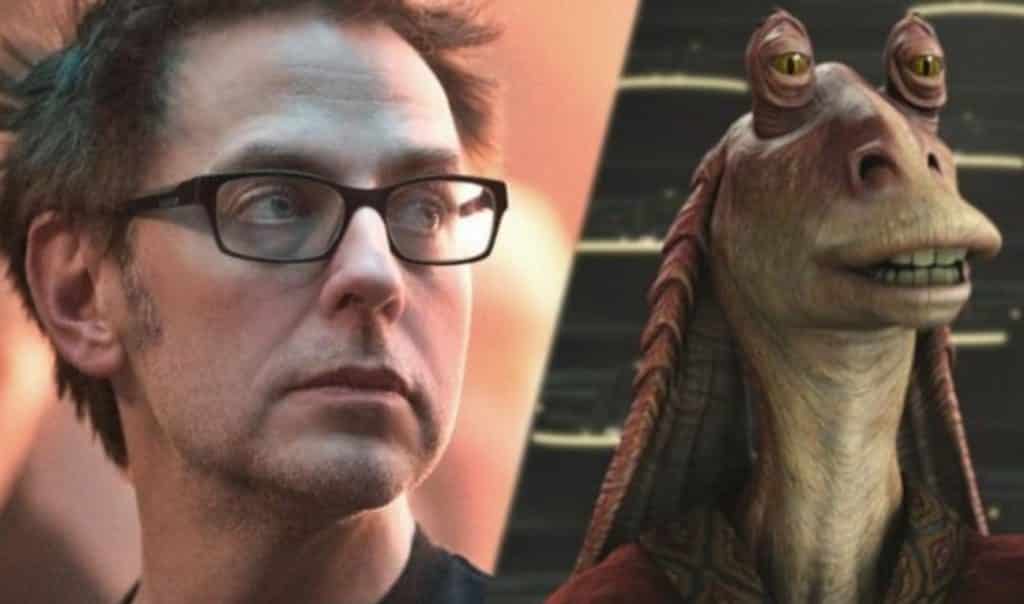 I want to start by saying that I know the majority of Star Wars fans do not indulge in the online hate and abuse that has been in the spotlight more and more recently. I am also aware that hate comments and cyber-abuse is not exclusive to the Star Wars franchise and community. However, the hate speech directed at actors that are just trying to do their job is unacceptable, and Guardians Of The Galaxy director, James Gunn, had something to say about it.

Wired shared the sad and shocking news that Ahmed Best, that played the role or Jar Jar Binks in the  prequel trilogy, considered taking his own life after the severity of the backlash he received for the role. Nearly 20 years ago, after the release of The Phantom Menace in 1999, he received much criticism and death threats that lead to the contemplation of him taking his own life. The Star Wars community have shown major support in the wake of this news, and James Gunn shared his view on the situation. He Tweeted:

“Star Wars (or any movie) may be important to you, but it doesn’t belong to you. If your self-esteem depends on how good you think the current Star Wars is, or your childhood is ruined because you don’t like something in a movie, GO TO THERAPY.”

“People responding to this post saying, “Yeah, it wasn’t the actor’s fault! It was the writer’s!” are missing the point. Critique it. Don’t like it. But spewing hate and bile at individuals just doing their best to tell a story, even if the story sucks, is lame. Don’t watch it!”

Of course, Ahmed Best isn’t the only Star Wars actor to be negatively impacted by abuse and hatred. Earlier in the year actress Kelly Marie Tran received a lot of backlash online for her role as Rose Tico in The Last Jedi. As well as hatred for her role being ‘useless’ she also received a lot of comments about her race and appearance. This abuse led to the actress deleting everything from her Instagram account.

In June, director of Star Walking Inc, Chris Brennan, spoke with the BBC about the situation and had this to say:

“People can be very precious about the Star Wars universe and what they think it owes them, but they need to remember that these are actors who are doing a job, behind all that they are real people with real feelings that deserve respect.”

Although the bigots and haters are in the minority of fans, sometimes it can seem they have the loudest voice. A movie or a role played within a movie should never elicit such a hateful and abusive response, this harassment needs to stop.

What do you think of James Gunn’s comments? Be sure to tell us all of your thoughts down below!