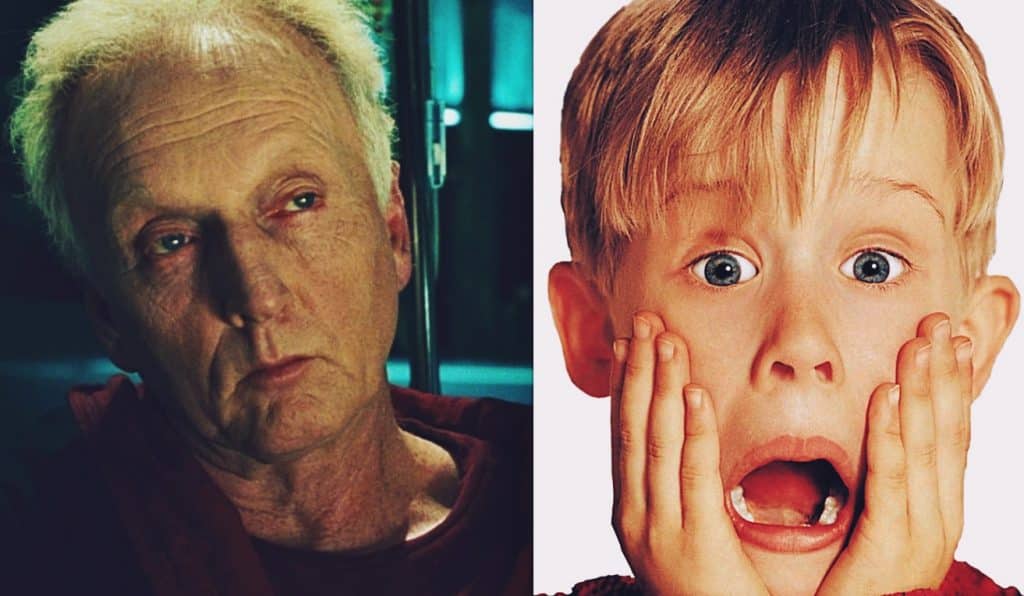 We are all familiar with Kevin McCallister, the boy stranded and left to fight off burglars all on his own over Christmas in Home Alone. We are also all familiar with Jigsaw, infamous serial killer of the Saw franchise. What do these two very different characters from very different movies have in common? Well, what if they are the same person? According to a fan theory, young Kevin grows up to be serial killer John Kramer.

Lets dive right into this theory. Firstly it discusses the abnormalities of Kevin’s behavior throughout Home Alone 1 and 2, highlighting his anger, violent fantasies and voyeuristic tendencies. You remember Kevin’s outburst of rage upon finding out that his family are all of the cheese pizza. You will also remember his tactic of threatening the life of both the pizza delivery boy and the burglars, using clips of dialogue and gun shots from a movie.

Kevin also often experiences realistic hallucinations, like the basement furnace as a fiery monster. The theory highlights this act of psychosis as being important to the methods of his future serial-killer lifestyle. Interestingly, it also points out the similarities between the finance monster and the trap used to torture Amanda in the first Saw movie.

Are Kevin’s childhood behaviors and imagination enough to condemn him to a life of serial murder and torture? No, but that’s not all. The theory then discusses the similarities between Kevin’s complicated burglar traps and the carefully thought out murder traps of Jigsaw. One could evolve into the other over time. 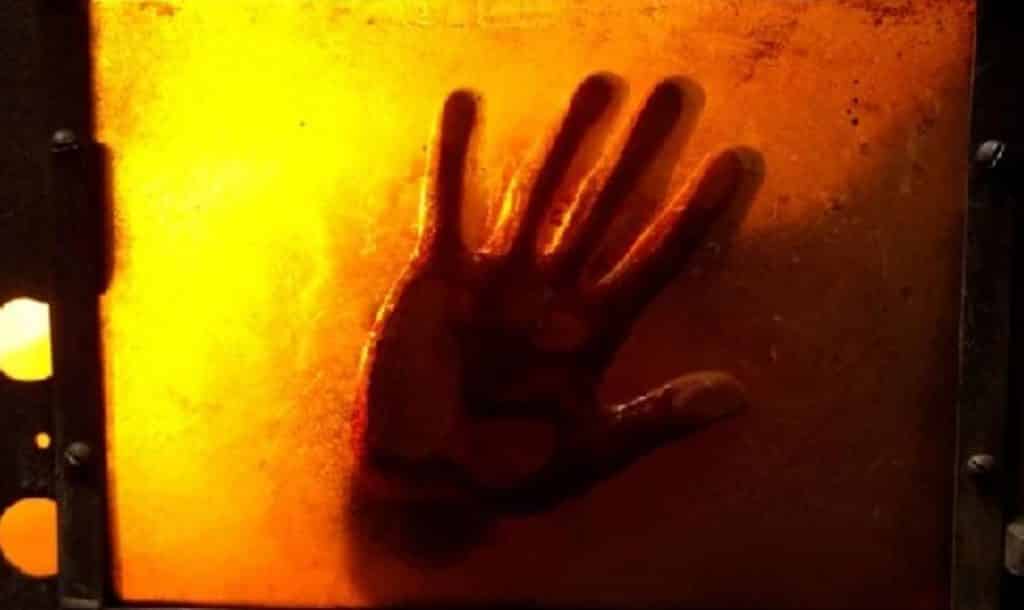 As well as Amanda’s torture device, the theory suggests that in Saw II, Kevin, as Jigsaw, recreates his childhood basement including the furnace monster. He then lures his victim into the furnace with an antidote for poison. Once inside, the victim gets trapped and burned alive. Home Alone features a trap that consists of tar and nails on the stairs of the basement.

This is said to be the birthplace of the electrified staircase in Saw II, with blades that slash at the legs of the SWAT team that are pursuing Jigsaw. One especially significant similarity between all of Kevin and Jigsaw’s traps, is that they are all triggered by the victims.

The theory then explores the findings of Dr. Ryan St. Clair of the Weill Cornell Medical College, when in 2012 he was asked to asses the injuries that Kevin could have inflicted. He has this to say about the iron to the face:

“Let’s estimate the distance from the first floor to the basement at 15 feet, and assume the steam iron weighs 4 pounds. And note that the iron strikes Marv squarely in the mid-face. This is a serious impact, with enough force to fracture the bones surrounding the eyes. This is also known as a ‘blowout fracture,’ and can lead to serious disfigurement and debilitating double vision if not repaired properly.”

“If this doorknob is glowing visibly red in the dark, it has been heated to about 751 degrees Fahrenheit, and Harry gives it a nice, strong, one- to two-second grip. By comparison, one second of contact with 155 degree water is enough to cause third degree burns. The temperature of that doorknob is not quite hot enough to cause Harry’s hand to burst into flames, but it is not that far off … Assuming Harry doesn’t lose the hand completely, he will almost certainly have other serious complications, including a high risk for infection and ‘contracture’ in which resulting scar tissue seriously limits the flexibility and movement of the hand, rendering it less than 100 percent useful. Kevin has moved from ‘defending his house’ into sheer malice, in my opinion.”

“Harry has an interesting reaction to having a lit blowtorch aimed directly at his scalp. Rather than remove himself from danger, he keeps the top of his skull directly in the line of fire for about seven seconds. What was likely a simple second-degree skin burn is now a full thickness burn likely to cause necrosis of the calavarium (skull bone).” That means the skin and bone tissue on Harry’s skull will be so damaged and rotted that his skull bone is essentially dying and will likely require a transplant.”

Is this enough to assume Kevin was not just acting in self-defense, but had the intention to murder both of the intruders in cold-blood? Or did the child simply not consider the possible consequences of his actions? I’d say the latter is more likely.

On top of the similarities in personality – violence, dislike of authority, mental instability and twisted morals, the theory then points out the physical similarities between the pair. Of course, this is most likely just a casting coincidence. 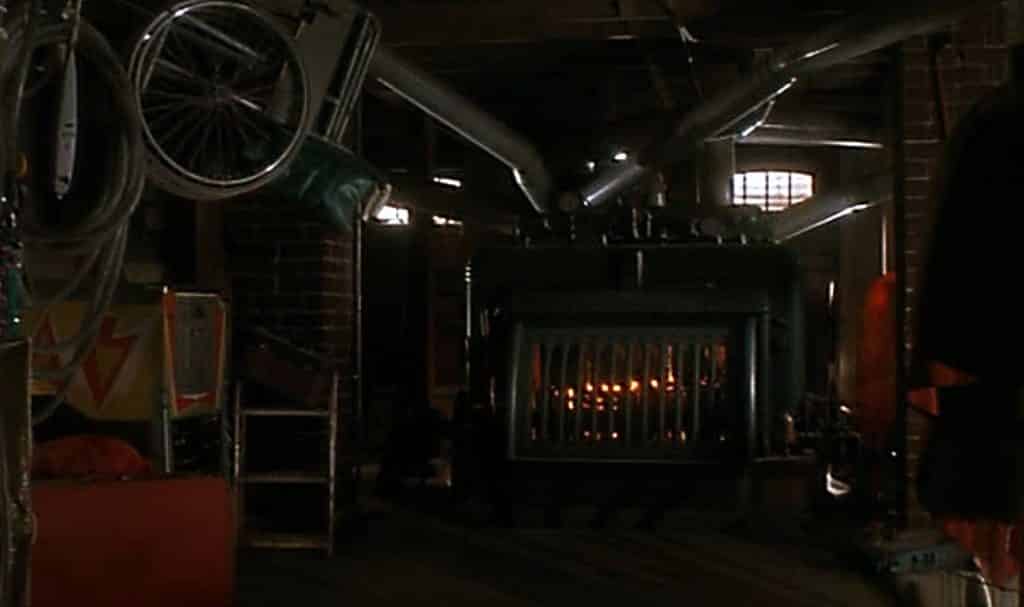 The final piece of supporting evidence is a still from Home Alone in which Kevin is in the basement, just before the furnace monster vision. In the corner of the screen there is a clown-like doll that bears some similarities, but not a striking resemblance to, Billy the Puppet. The theory suggests that this item from the basement clearly inspires the infamous puppet.

As interesting as it is, I am not completely sold on these similarities being any more than entertaining coincidences.

Are Kevin and Jigsaw the same person? Tell us your ideas in the comments!