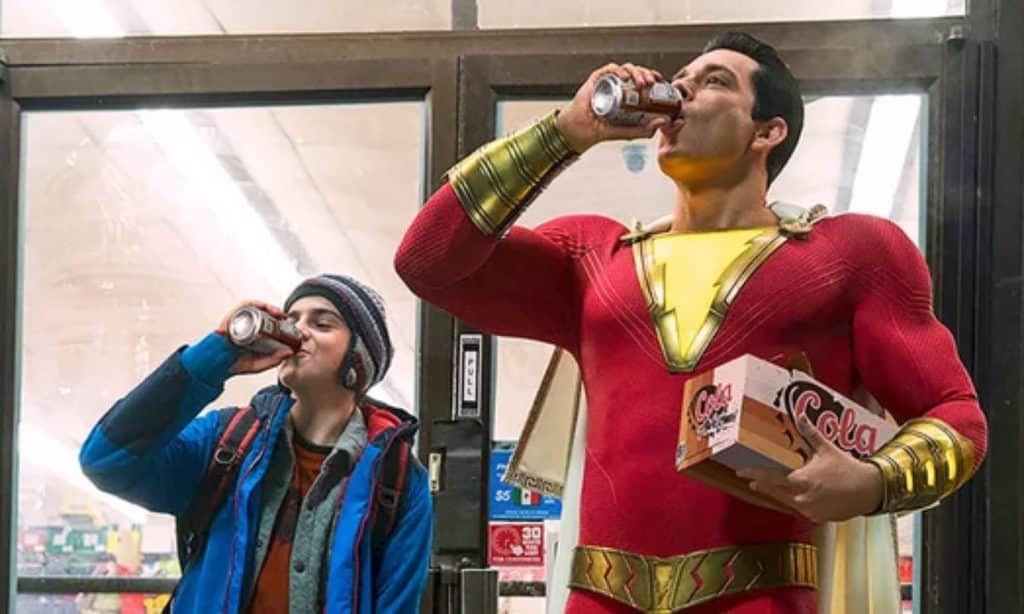 Shazam! looks like it’ll be a much different DCEU movie than we’re used to seeing, and the first official look we’ve been given for the movie makes that even more obvious. We’ve seen leaked images before, but now, we get a much clearer look at Zachary Levi in his costume for the title role.

As they do with everything, comic book fans had a lot to say about the reveal:

Sorry fellas, I just ain’t feeling the Shazam suit. Looks really cheap and such a step down from other DCEU costumes. Hopefully it looks better with VFX and everything, but so far I’m not digging it.

Looking forward to this a whole lot! #Shazam pic.twitter.com/5pFQTT4OXu

I love absolutely everything about this image. Can’t wait to see #Shazam in theaters pic.twitter.com/7w0sqvNIYL

Making #Shazam the comedy movie of DC is genius. It’s a group of kids who turn into superhero adults, but are still kids on the inside. So having all the jokes makes complete sense

#Shazam looks great! But I fixed the image to keep in continuity with the rest of the DCEU so everyones reminded not to get too excited. pic.twitter.com/x4hDA8EPDl

What do you think of the suit? Do you think it looks good? Tell us your thoughts in the comments!