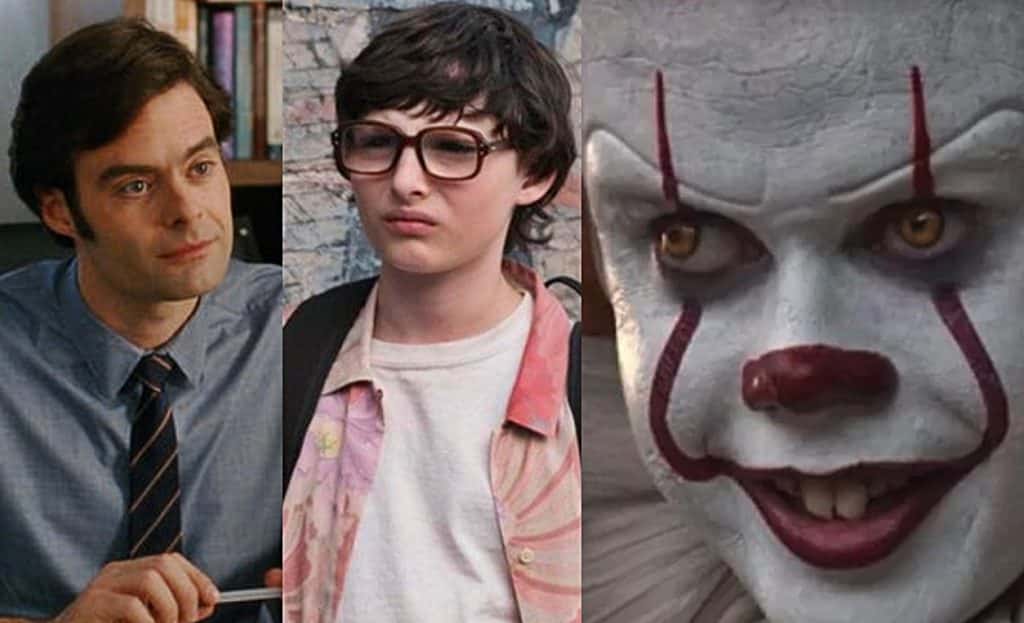 IT: Chapter 2 is in full production mode, and now some coyly snapped behind the scenes photos have surfaced online. The first set of photos shows the original Losers Club returning, along with Bill Hader hanging with the kids, including the younger version of his character. Hader is playing the adult Richie Tozier. They’re all enjoying some cake during filming.

can you believe it: chapter two is officially happening. my losers club and both richies (young and adult) together.. i’m not crying, you’re pic.twitter.com/t85EvHngzE

can you believe it: chapter two is officially happening. my losers club and both richies (young and adult) together.. i’m not crying, you’re pic.twitter.com/t85EvHngzE

The next photo shows Jessica Chastain as adult Beverly Marsh, wearing a kimono like jacket, a black t shirt, and some pajama pants. Mostly notably, however, is her haircut, looking very similar to Beverly from the first film.

Not much as far as plot details can be seen from the photos, but production is thoroughly underway and the film seems to be right on track for its initial release date. As more photos and plot info makes its way online, we will keep everyone up to date.

IT: Chapter 2 sees the Loser’s Club all grown up, 27 years after the events in Derry that changed their lives forever. Of course, 27 years also signifies the return of the murderous demon clown, Pennywise, who is out to finish off the Losers Club once and for all.

Make sure you are prepared for a terrifying trip to the movies, as the film comes out September, 2019.

Are you excited for the horrifying sequel? Let us know in the comments below!

Continue Reading
You may also like...
Related Topics:Bill Hader, Horror, IT, IT: Chapter 2