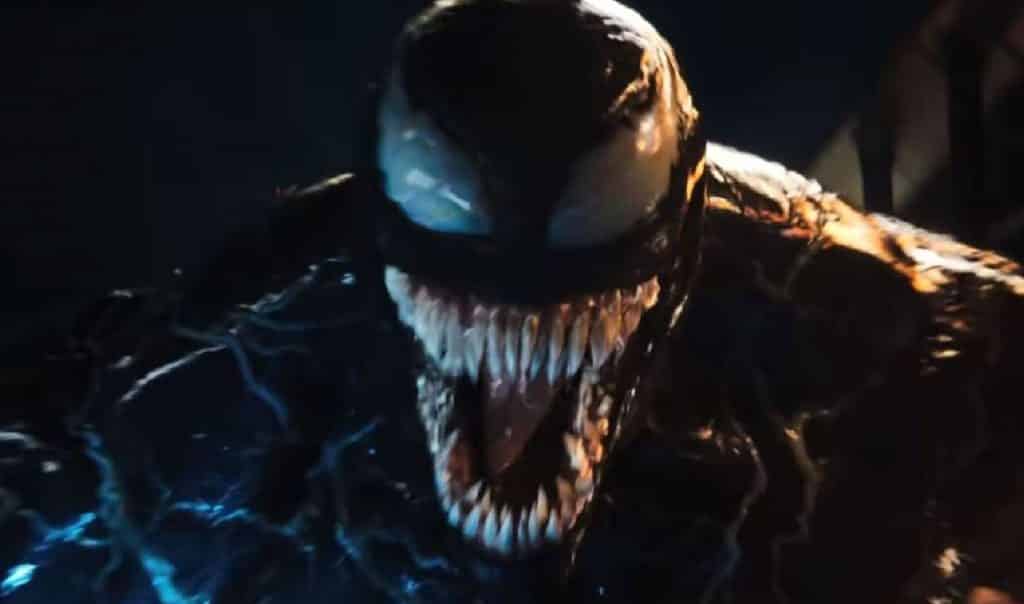 Venom movie will be with us soon, but up until this point, we’ve only had two trailers for the film. I mean I’m sure we will get at least 30 more if it’s like all of the other blockbusters, though. The first trailer can’t really be considered a trailer, as if just showed Tom Hardy talking. The last trailer was much better – and now, this new one has blown them both away.

Some of the initial reaction:

Me watching this new Venom Trailer lol Most DEF got me hype!! pic.twitter.com/8WftMCzYIO

This is literally venom from the cartoons and the comics I’m being fed well https://t.co/ULG8HIzcpz

I can barely understand what Venom says, is it just me? https://t.co/3VIp6ymgYT

WAS THAT FUCKING CARNAGE IN THE #VENOM TRAILER?!?! HOLY FUCKING SHIT!!!!

Venom vs. Different Venom is…. something else.

We were also given this new International poster:

Just found this Venom poster on my Cyber-travels and have heard that a new trailer is dropping tomorrow.

Please don’t screw this up @SonyPictures…..aside from #SpiderManHomecoming you have pretty much screwed every Spidey related movie you’ve done so far. pic.twitter.com/kusjWPxyOi

What do you think of the new #VENOM poster? This is an official #VenomMovie poster for China.

If the goal was to get fans interested, then they’ve probably done that with this one. Sure, there’s no Spider-Man in this film or franchise (yet) but it’s still great to see Venom looking so cool and going up against other symbiotes.

We’ll know for sure just how good the movie will be when it hits theaters everywhere on October 5th.

What did you think of the trailer? Are you excited for Venom? Be sure to tell us all of your thoughts in the comments!

Marvel Asks: What If Peter Parker Became The Punisher Instead Of Spider-Man?
First Look At RIOT Symbiote In ‘Venom’ Movie Revealed
Advertisement
Advertisement
To Top