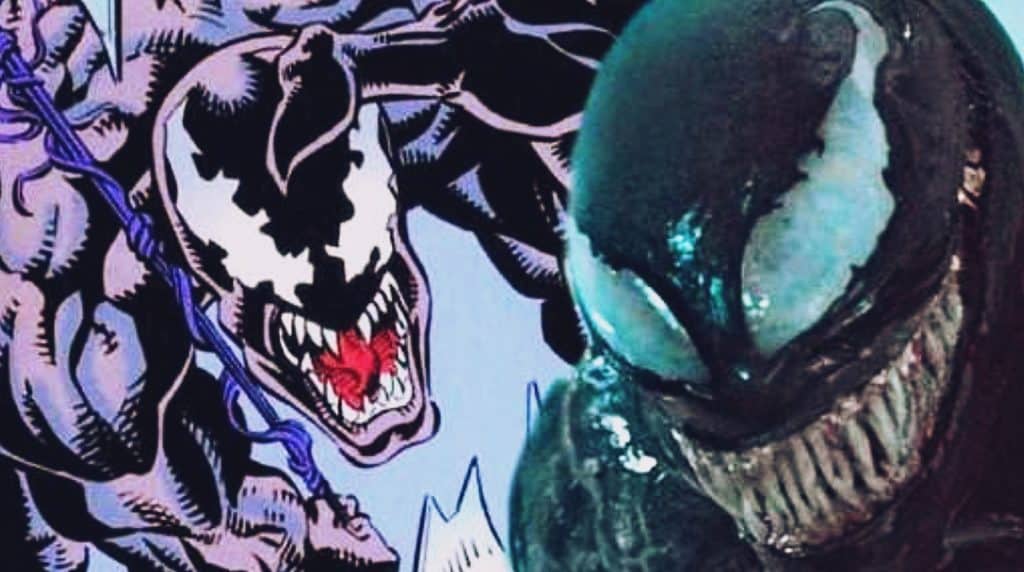 SDCC is in full affect this weekend, and the Sony panel is underway! Thanks to that panel, we have some new insight into the Venom movie, mainly its villains! It looks like this film will lean heavily on the Lethal Protector storyline from the comics, as the villain, or should I say villains, are the offspring of Venom! It doesn’t necessarily confirm that Carnage won’t be the main antagonist, but I wouldn’t doubt that they are going to build to him as the sequel’s big baddie, instead.

Venom battled against a silver symbiote in the footage – it’s RIOT! We also saw two other symbiotes. One looked blue. The other was yellow, who has to be SCREAM. pic.twitter.com/9OwStTRpg8

While they may not go the offspring origin route for these other symbiotes, screened footage featured a silver symbiote, known in the comics as Riot, as well as a blue symbiote (which he didn’t know the name of, but could be Phage) and a yellow symbiote, better known as Scream.

For those unaware of these symbiotes or the story, Venom reaches an agreement with Spider-Man and moves to San Francisco to become a hero. He ends up tangling with the Life Foundation, who want his symbiote to create weapons of war. During this time, they synthesize off five offspring, creating Riot, Scream, Phage, Lasher, and Agony.

Tie this tweet in with the description of the actual footage, as well as Riz Amed‘s interview at the panel, and you have the makings of what very well be one of the best non-MCU superhero films. Venom is definitely R rated, with plenty of violence and potential gore. But it also looks to flesh out a really deep and interesting dichotomy between Eddie Brock (played by the awesome Tom Hardy) and the Venom symbiote.

Hopefully, this new SDCC footage will find its way online for all the world to see sooner rather than later.

What do you guys think of this news? Let us know in the comments below!