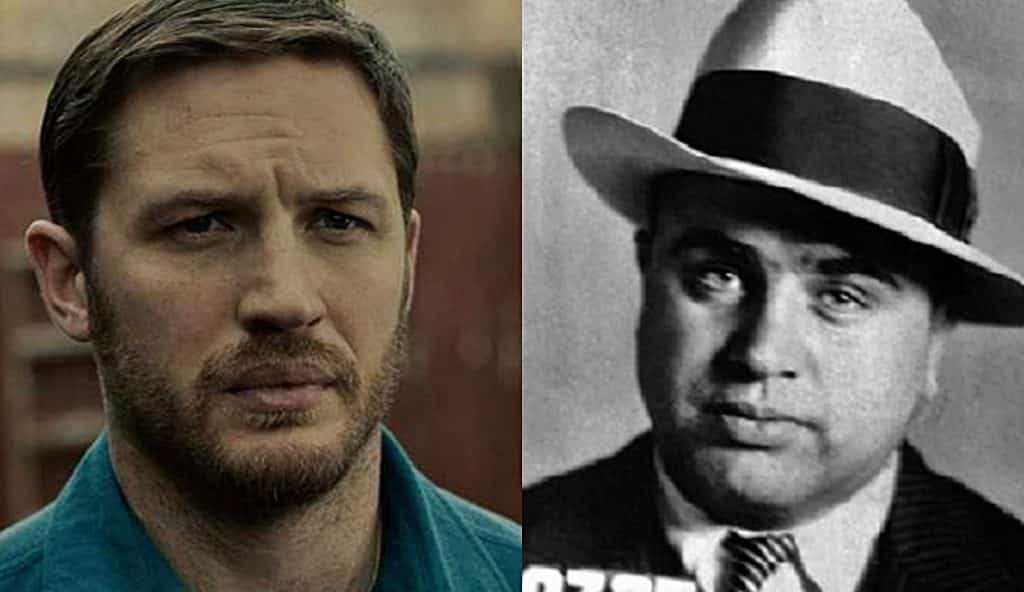 Tom Hardy will play Al Capone, also known as Scarface, in the upcoming movie about the notorious businessman and gangster, Fonzo. The actor has previously teased the transformation with a few photos on his Instagram account, but now we have an even better look at the actor made-up as the infamous gangster.

The actor is completely unrecognizable as he sits with cigar in mouth, donning a red housecoat with slicked back grey hair. Not to mention the devilish expression on his worn face, it definitely looks like they made the right choice casting Hardy for the role.

Fonzo will follow the final year of Al Capone‘s life spent in his Florida mansion. The gangster will be age 47 and suffering with dementia and syphilis following a tumultuous life and his 10 year stint in prison due to a tax evasion conviction. First in the federal prison in Atlanta, then in Alcatraz. Al Capone died at his Florida home in 1947 at the age of 48.

We are yet to get a release date for the biopic, but it is expected to be some time in 2019.

In the meantime, you can catch Tom Hardy starring alongside Riz Ahmed and Michelle Williams in the upcoming Spider-Man spin-off, Venom, that will be released on October 5.

Are you looking forward to Fonzo? Tell us in the comments!