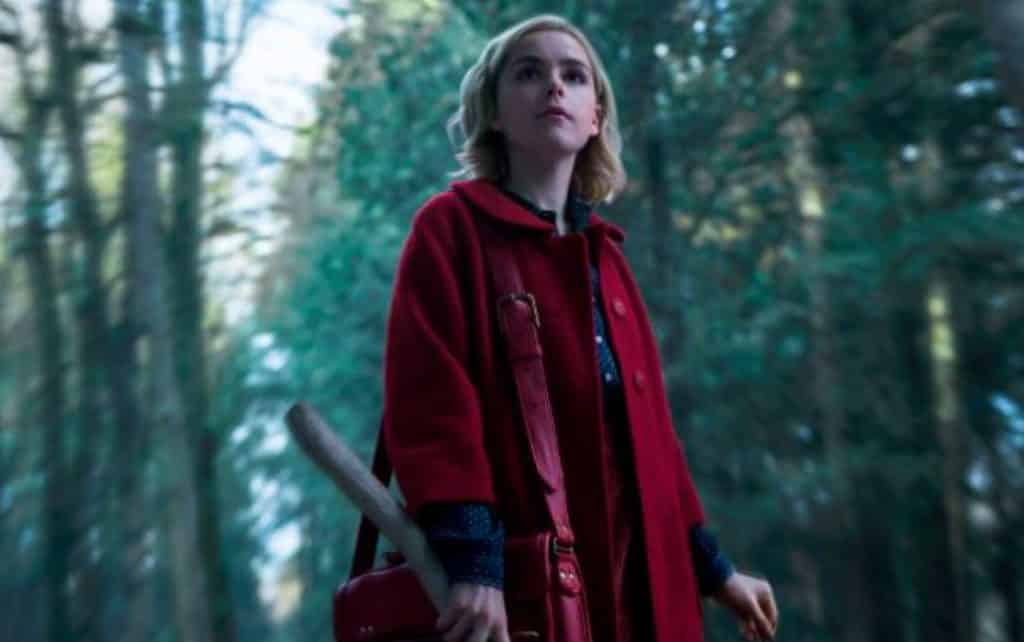 It has been over 20 years since the iconic 90’s sitcom Sabrina the Teenage Witch made its debut on our screens. Although news of the reboot is not new, the two stills that Netflix released on August 13, 2018 suggest that Chilling Adventures of Sabrina may not suitable for children.

The coming-of-age story follows Sabrina (Kiernan Shipka) as she tries to find a balance between her supernatural powers and trying to fit in as a sophomore at Greendale’s Baxter High. This is where she meets her human boyfriend Harvey Kinkle (Ross Lynch) and best friend Rosalind Walker (Jaz Sinclair).

The series is based on creator Roberto Aguirre-Sacasa’s graphic novel, The Chilling Adventures of Sabrina. The show is set in the 1960’s in the same universe as Riverdale (cough, cross-over, cough). Aguirre-Sacasa describes the show as being ‘a darker, more macabre version of Sabrina’.

“The series imagines the origin and adventures of Sabrina the Teenage Witch as a dark coming-of-age story that traffics in horror, the occult and, of course, witchcraft. Tonally in the vein of Rosemary’s Baby and The Exorcist, this adaptation finds Sabrina wrestling to reconcile her dual nature—half-witch, half-mortal—while standing against the evil forces that threaten her, her family, and the daylight world humans inhabit.”

The occult themes are going to more predominant, with Joan Hart describing it as a ‘teen angst soap opera comparable to Buffy the Vampire Slayer’.

The two stills released by Netflix capture this macabre tone perfectly. The first still shows Shipka (Mad Men) as Sabrina, with a blonde bob and a Little Red Riding Hood coat. Shipka appears to be holding a large stick of some sort which may suggest a little broomstick involvement in the series.

.@Netflix gives us a first look at the horror reboot of ‘Sabrina The Teenage Witch.’

The second photo is dark and full of mystery in, what a Netflix press release describes as, a ‘dark baptism’ in the woods with a circle of creepy onlookers. This scene of paganistic ritual shows a whole heap of characters including Richard Coycle as Father Blackwood, Lucy Davis and Miranda Otto as Aunt Hilda and Aunt Zelda, respectively, and Abigail Cowan and Adeline Rudolph appear in the background as the Weird Sisters led by Tati Gabrielle’s Prudence.

Some have speculated that the three women in the background may be a reference to the witches in Macbeth, and what is up with the goat-man in the far right corner of the picture?

A table read for the pilot happened in March 2018, but with no trailer to work on, there are a lot of rumors circling – the most terrifying of which being that Sabrina may be a cannibal. This follows the comic books where Zelda and Hilda are ‘part-time cannibals’, explaining their home being closely located to the cemetery.

“Sources say the Sabrina order is for two, 10-episode seasons that would shoot back to back with the first batch filming from February to June and second from June to October.”

The reboot will available to streaming services on October 26, 2018.