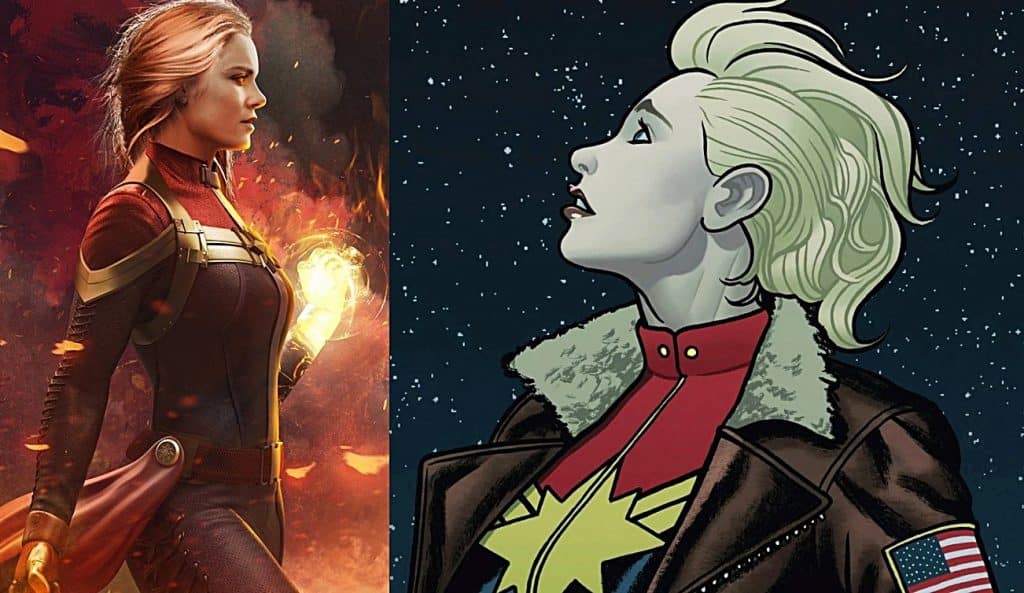 Captain Marvel will be with us soon enough when it hits theaters this March, but that hasn’t stopped fans from trying to find any type of detail they can on the film. The latest detail that has been found is small – but still something that comic book fans will be interested to hear about. It involves none other than Carol Danvers‘ cat.

In the source material, the cat is named Chewie, as Danvers is a big Star Wars fan. In the upcoming movie, it appears that the cat’s name will be Goose – inspired by Top Gun.

Fun day @Marvel Can we talk about how excited I am for CAPTAIN MARVEL??? Can March be here already??? #captainmarvel pic.twitter.com/2B3j5jezyY

As you can see, the name tag reads Goose – and fans are reacting accordingly:

No, no no. Chewie is Chewie.

An attempt to preserve Disney’s other franchise, Star Wars? Because, “Star Wars is real, you guys, and so is the MCU. But there’s no crossover so how would Carol know of Star Wars if there’s no Star Wars movies in the MCU because it happens in a galaxy far, far away?”

Captain Marvel comes out in March with a cat named after Goose in Top Gun.

Top Gun: Maverick comes out in July and it’s about Goose’s son.

I can’t wait for the complaints about “race bending” Chewie in Captain Marvel (even though the cat probably won’t talk).

I did see the rumor going around that the cat in Captain Marvel is going to be named “Goose” instead of “Chewie.”

I’m not mad at it because Carol is exactly the type of nerd that would name her cat after a character from Top Gun.

I’m so friggin obsessed with Captain Marvel that I read a rumor that her cat is named “Goose” in the movie and I had a whole dream about it.

It’s a pretty interesting think to spot, but given the way most MCU fans are about noticing the tiniest details, it’s not really much of a surprise at all. It’s also not something that I can see fans getting upset about – but you never know in 2018.

Are you looking forward to Captain Marvel? What do you think about this potential change? Be sure to tell us all of your thoughts in the comments down below!