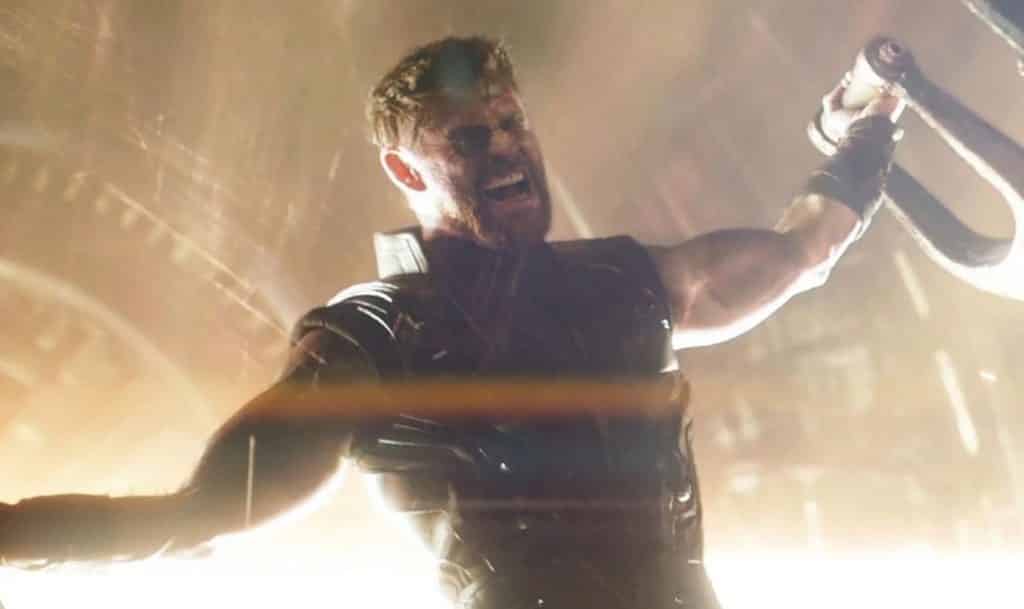 ‘You should have gone for the head’. These ominous words from Thanos to Thor at the climax of Avengers: Infinity War still ringing in the heads of fans as we all try to recover from the snap that immediately followed. Thanos succeeded with his plan of ‘balance’, all because of where Thor put his final blow. The Russo Brothers spoke about why Thor chose to hit Thanos in the chest, and how that one decision changed Infinity War from being Thor’s story to Thanos’ story.

Thor was on a true underdog hero’s journey during the film, despite being a ‘god’. He had lost everything that was dear to him over the course of Thor: Ragnarok and the beginning of Infinity War, losing his hammer, his father, having to kill his unknown evil sister, destroying his home world, losing his friends (The Warriors 3 were all killed by Hela), watching his best friend, Heimdell, be killed by Thanos, as well as his recently reconciled brother, Loki.

The last of his people were left to die as well, leaving Thor truly alone. As the movie progresses, however, Thor works his way back, making new companions in the Guardians of the Galaxy, as well as forges a new, more powerful weapon in Stormbreaker. He makes his heroic return to Earth, turning the tide of battle, and finally has his shot at Thanos. But, in what can only be said to be a moment of humanity, Thor buries his axe in Thanos’ chest, so that he can see the look on the villain’s face as he realized that Thor had gotten the revenge he had proclaimed earlier.

This, ultimately, was Thor’s downfall, as it gave Thanos the ability to complete his mission with a simple snap of his fingers. As Joe Russo said:

“I think he’s been on a very complicated journey where he struggles with his ability to feel worthy and be worthy. I think he’s looking for a moral compass in his life. What we love about him in Infinity War is that he has been torn down to his essential parts and he goes on on a hero’s journey which a very underdog journey for someone of his stature because he has lost everything in his life.”

“In a lot of ways he is the driving hero’s arc of the movie which stands in direct opposition to Thanos’ argument. I would argue that had Thor chopped his head off at the end of the movie that the movie will belong to Thor but because he didn’t it belongs to Thanos.”

Some fans have expressed anger towards Thor allowing his vengeance to cause him to to make a bad choice, much like fans have all but attacked Star-Lord for allowing his emotions to get the best of him and stop the heroes from getting Thanos’ gauntlet. But, what fans need to remember is that Dr. Strange looked into over 14 million futures, and only one was a successful one.

And, as he told Iron Man before he dissolves into nothingness, they are in the Endgame now… So, maybe Thor’s and Peter Quill’s actions were actually necessary to eventually stopping Thanos for good.

What do you think of Thor’s story arc? Are you angered by his decision to go for the chest? Let us know in the comments below!