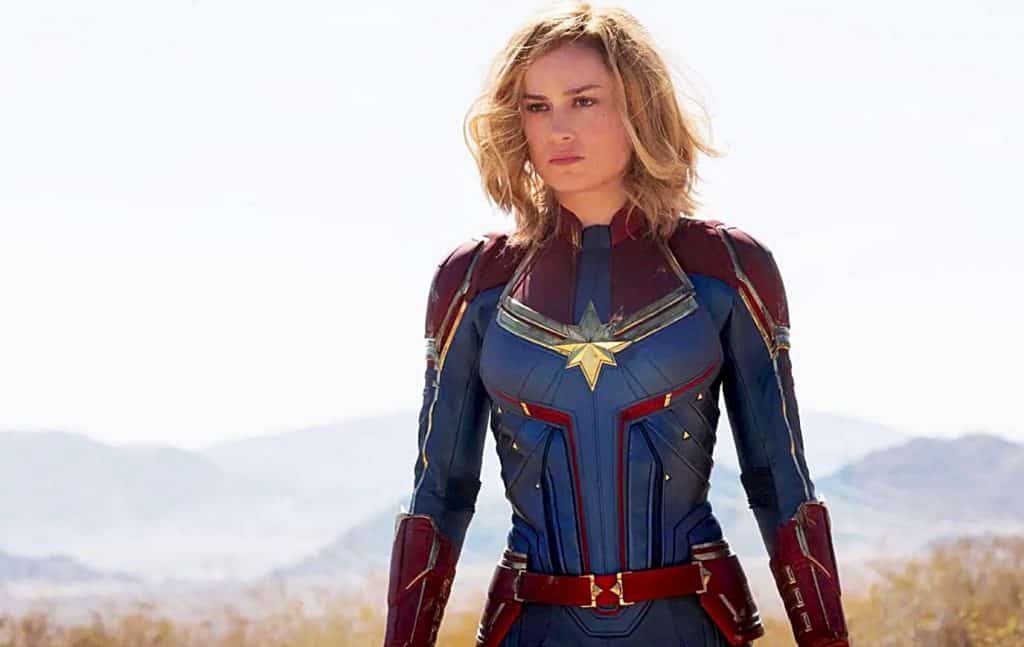 In addition to the first look at Brie Larson as Captain Marvel, we’ve been given our first look at the actual movie itself! The new image comes courtesy of an upcoming Entertainment Weekly issue and fans of the character are definitely going to enjoy the first image from the film itself – as opposed to just a cover for a magazine. It gives us a great idea of what Larson will look like in the movie!

captain marvel stills are out, rt to save a life because DAMN LOOK AT HER pic.twitter.com/LCs9xzVMbm

Here are some plot details courtesy of EW:

But before long, Carol finds herself back on Earth with new questions about her past. And she’s got a formidable enemy in the form of the Skrulls — the notorious Marvel baddies made all the more dangerous by their shape-shifting abilities. Ben Mendelsohn plays their leader Talos, who spearheads a Skrull invasion of Earth.

And in case you missed it, here’s the cover photo from earlier:

The future is female! Here’s your exclusive first look at @BrieLarson as @CaptainMarvel, the galaxy’s newest — and most powerful — star: https://t.co/EKfHhGIhUa pic.twitter.com/xhD00bdfF0

As you can expect, fans are pumped:

I thought there would be a trailer or at least more pictures but I guess this is good pic.twitter.com/xotOnT8CaI

What did you think of the big Captain Marvel reveal today? Tell us your thoughts in the comments!