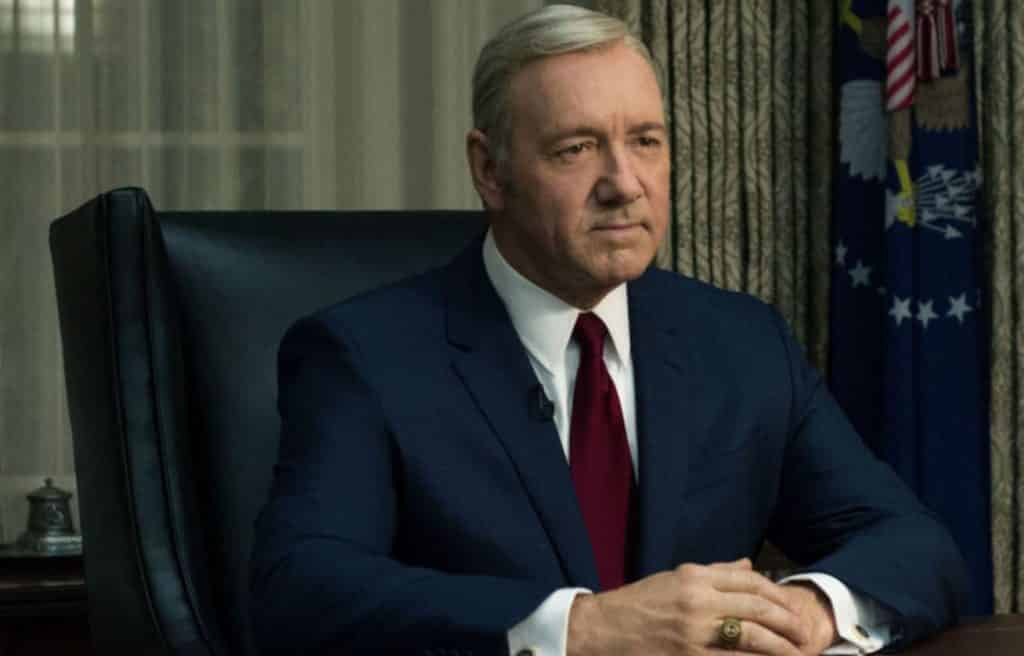 Frank Underwood, the main character in House of Cards and played by Kevin Spacey, was a man set on getting what he wanted out of life. He became the 46th President after waves of scandals he himself set into motion like the world’s most intricate game of chess. Sometimes he would lose, but he won a lot, too. However, once you get to the top, there really isn’t anywhere else to go but down. And down he went—straight into the ground.

Netflix’s new House of Cards Season 6 trailer was finally released, and there is no denying the fate of Frank Underwood after the man who played him was fired from the show. Netflix really had no other choice, but Claire Underwood deserved the chance to finally step out of her husband’s shadow. And now she can.

The short teaser Netflix released for season 6 of House of Cards shows Claire Underwood, played by the stunning Robin Wright, as she coldly speaks in front of a grave.

Frank Underwood is dead and buried in ‘House of Cards’ S6 teaser pic.twitter.com/a3ZjdS4dXq

“When they bury me, it won’t be in my backyard. And when they pay their respects, they’ll have to wait in line,” she says in a calculated fashion, then turns to face the camera for a fourth-wall break—a staple of the show’s writing since day one. It becomes apparent that she is speaking to a grave as the camera pans, revealing that Frank Underwood has died. Of all people, he is buried next to his father—and if Frank knew he ended up there he would turn over in his grave.

Most shows aren’t brave enough to kill of their main character and continue on after being around as long as House of Cards has and gaining it’s amount of popularity. Claire Underwood becoming the 47th President and Kevin Spacey being fired from the show after he was accused of sexual misconduct has forced Netflix to make this bold change and distance itself from the disgraced actor.

How do you feel about this send-off for Spacey’s character? Be sure to tell us your thoughts in the comments!