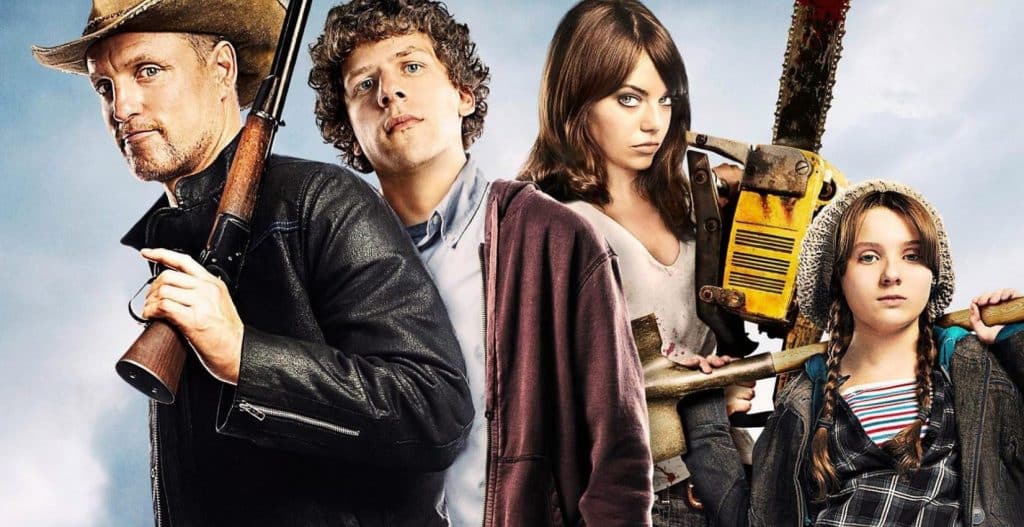 The long awaited sequel to the immensely popular comedy-horror, Zombieland, finally has a date for filming to begin. Following years of rumours regarding a Zombieland 2, things are finally happening and filming will begin on January 28th next year. This news follows writers Rhett Reese and Paul Wernick teasing the possibility of a sequel in time for the tenth anniversary, a little while ago.

GWW have reported the filming date being set for the 28th of January next year. Jesse Eisenberg, Emma Stone, Abigail Breslin and Woody Harrelson from the first movie are all set to return to their roles in Zombieland 2 with Ruben Fleischer directing.

The group will face a new zombie threat as a new breed of zombie has developed. This new super-zombie type is faster, bigger, and stronger than the previous strain of zombies and harder to kill. These super-zombies have started grouping up into a horde going from city to city leaving a path of destruction behind them.

Filming will take place in Atlanta, with Tennessee said to be a second location for some scenes.

It has been reported that they are aiming for a October 2019 release date for the movie. As the original movie was released on October 7 in 2009, this would confirm the writers talking about a tenth anniversary release date.

Recent years have brought many, many zombie movies, and the idea of faster, bigger and stronger zombies isn’t exactly the most unique. However, the thing that made the first movie such a success was less about the zombies and more about the chemistry that the cast had, and i’m sure that will remain true for this sequel. I’m definitely looking forward to seeing how Columbus, Tallahassee, Wichita and Little Rock are getting on.

Are you looking forward to this sequel? Let us know your thoughts in the comments!