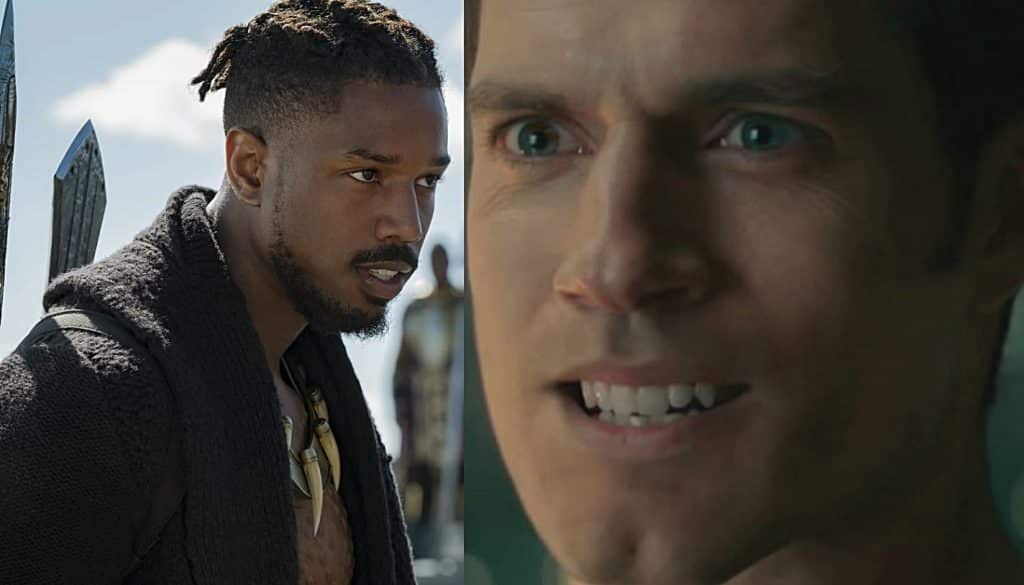 Following the news that Henry Cavill is likely done as Superman, a new report has emerged with a potential replacement for the role – and it’s probably not someone you’d initially think of in Michael B. Jordan. The actor has been in two Marvel films to date, playing Johnny Storm in 2015’s Fantastic Four, and playing Killmonger in this year’s Black Panther.

*Update* A new tweet from Cavill’s manager says that the actor is not leaving Superman – WB has released a statement:

The rest of this report has been left unchanged.

The new report comes from Deadline, who writes:

The word has been out that Warner Bros. has been mulling a completely different direction with its Superman canon for some time, even considering casting Michael B. Jordan in the role down the road.

It’s an interesting casting choice, but Jordan has shown that he’s capable of pulling of a role, so we’re sure this one will be no different. Here’s some of the reaction to the casting rumor:

Michael B Jordan would be a solid wally west, firestorm, and green lantern. Superman though? Nah.

Fuck MICHAEL B. JORDAN.
He already ruined Fantastic Four by wanting to play a white guy role as the Human Torch.
Before someone accuse me of being racist, I’m not. I just hate this changes to only please the SJW.
Don’t fuck change the race of already established heroes.

Michael B Jordan wasn’t even good as Killmonger, how the hell he gonna be Superman???

That can actually work.

Henry Cavill but the one from MISSION IMPOSSIBLE

Speaking of Michael B. Jordan. I watched Fahrenheit 451 on my flight week before last. It was awful and Jordan really can’t act. Lol

Michael B Jordan as the first black Superman that’s highly unlikely. At least Warner Bros are considering it. pic.twitter.com/IIIKYTYgmU

As this story develops, we’ll be sure to keep you posted, as it looks like we’ll have plenty of DC Comics news in the near future.

What do you think of this potential casting choice? Tell us your thoughts in the comments!