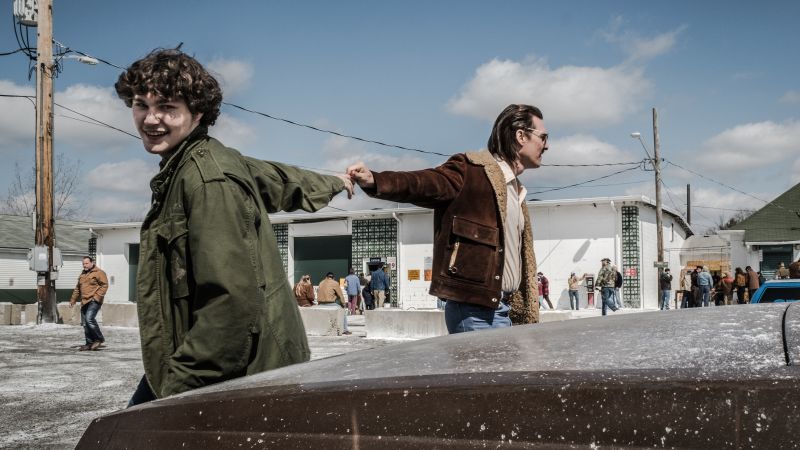 Premiering at the Telluride and Toronto Film Festivals earlier this month, White Boy Rick is the latest rise-and-fall gangster film. Despite a few committed performances and a fascinating true story at the film’s core, White Boy Rick is sadly more of a middling mixed bag than an innovative entry for this familiar genre.

White Boy Rick follows the true story of Richard Wershe Jr (Richie Merritt), a scrappy teen growing up in Detroit with his gun-dealing dad Richard Sr. (Matthew McConaughey). Once caught by the FBI, Richie is forced to go under cover and sell drugs in order to learn about the drug trade’s inner-workings.

The drawing point for this film is the performances, which features yet another stellar take from Matthew McConaughey. Playing Richie’s down-on-his-luck yet endlessly optimistic father, McConaughey imbues a lot of his usual charm and personality into the character. More significantly, he captures the fragile and ever-wavering optimism of Richard Sr.,with his restless, yet frantic energy selling the performance at every turn.

It’s Richie Merritt though who is tasked with carrying this film on his shoulders, and he proves to be up for the challenge. Merritt confidently sells Rickie’s easy-going swagger, but its the film’s dramatic third act that sees the actor at his best. His chemistry with McConaughey is easily the film’s biggest strength, with their father-son dynamic being told with sincerity. 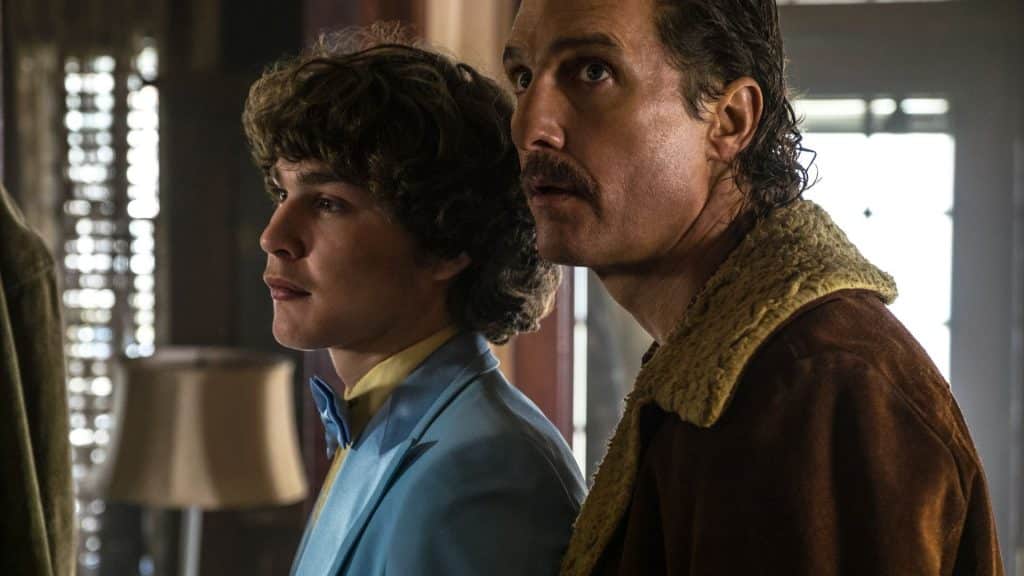 White Boy Rick features a fascinating true story, and while I credit the accurate depiction of the inner-details, the execution is nowhere near as eventful as the true story. Its trio of screenwriters often find themselves at conflicting points of focus, drifting between the rise-and-fall of a crime lord and the fractured family at the film’s core. Nothing ever feels as fleshed out as it should be, and considering the sprawling narrative (stretches over 5 years), this story may be better suited for a miniseries.

Much of the film meets a basis of competency (Yann Demange’s direction captures the period well), there is very little that the film itself excels at. The crime saga aspects are tired and stale, hitting familiar beats with very little ingenuity or passion. While the fragile family dynamic shows great promise, the execution is too heavy-handed to ever create much depth.

White Boy Rick has the stars and story of a great film, but the uninspired execution leaves the audience with very little to take away.