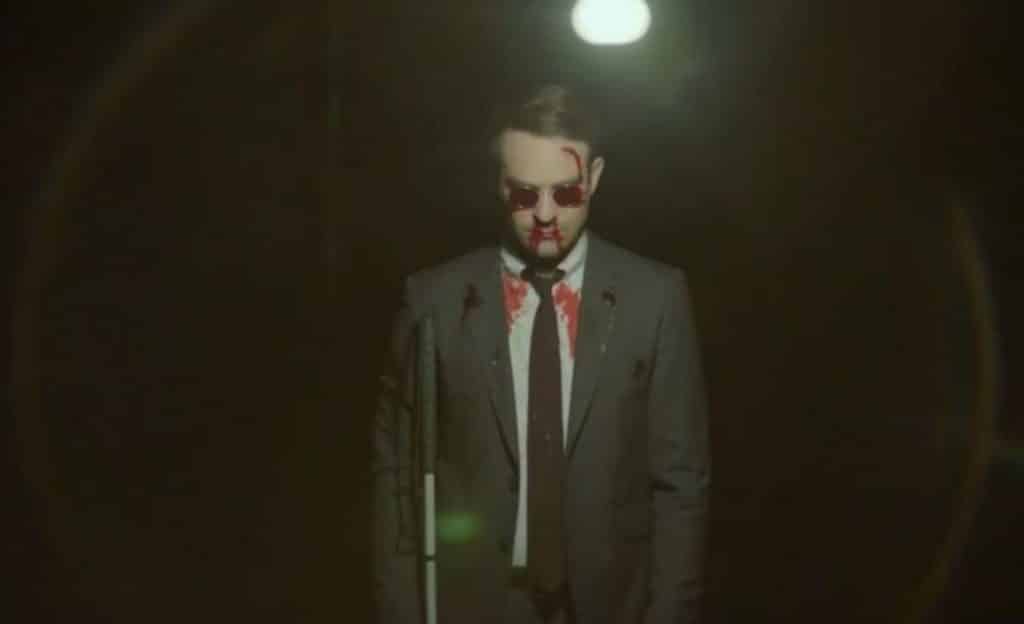 Fans have anxiously been awaiting the return of Marvel’s Daredevil, especially after how things turned out in Defenders. There hasn’t really been much revealed aside from a few teasers here and there, but now, we have a new teaser – and it reveals that the show will return in October!

The announcement was accompanied by a new poster as well:

While we don’t know exactly what Season 3 will be about, we do know that it will focus on the Born Again storyline of the comics. If you’re unfamiliar with that story, here’s a summary:

“Born Again” is a 1986 comic book story arc that appeared in the Marvel Comics series Daredevil. Written by Frank Miller, and drawn by David Mazzucchelli, the storyline first appeared in Daredevil #227–231. It was later reprinted in graphic novel format along with a follow-up story arc from Daredevil #232–233, which resolves some loose ends from the original story arc. Because of this, this follow-up story arc has become generally considered part of “Born Again”.

The story details Daredevil’s descent into insanity and destitution at the hands of the Kingpin, as well as his subsequent struggle to build a new life for himself.

We’re expected to see the debut of Bullseye, along with the much anticipated return of Kingpin.

It sounds like it’ll be an interesting return for the character, and it couldn’t have come at a better time. I still haven’t even gotten past Episode 2 of Marvel’s Iron Fist, but I imagine if Daredevil is anything like prior seasons, I’ll have it finished the weekend it comes out.

No offense to Iron Fist.

Are you excited for Season 3 of Daredevil? Be sure to tell us all of your thoughts in the comments!