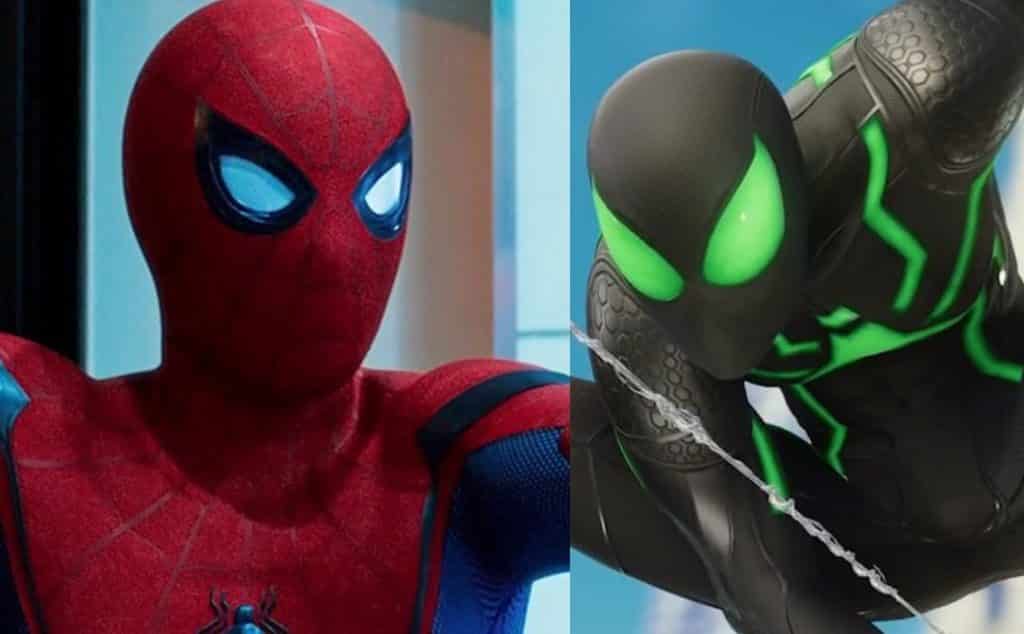 Spider-Man: Far From Home is filming right now, getting ready for a July 2019 release, but Marvel Studios and Sony have been extremely tight lipped on plot details (even with the spoiler-ific Tom Holland in the lead role). However, little tidbits have leaked here and there with some unauthorized behind the scene set photos of Nick Fury and Maria Hill making appearances, as well as Happy Hogan and the rumored Pepper Potts. We also got an ambiguous stunt practice video from Holland that teased the possible addition of another villain in Hydro-Man.

The newest leaked set photo is by far the most interesting, though.

According to a new photo up on the Daily Spider-Man Instagram page, we see Spidey perched upon a ferris wheel. While that may not seem like a big deal, it’s what he’s wearing that is… It would seem that the Wall Crawler is wearing a black suit! Now, speculation is of course running rampant, from the insane (is is a symbiote?!) to the more probable, which is a stealth suit.

Many have looked to the recent success of the new PlayStation 4 game, Spider-Man, and the stealth suit that players can unlock. While that game doesn’t actually link to the Marvel Cinematic Universe, fans would love some inclusion from it.

Mostly likely, we’re looking at an additional suit ability from the Tony Stark created spider suit. While it looks like Spidey will be going back to his Homecoming outfit, but that doesn’t mean that Stark Industries couldn’t add a few upgrades. This could be an actual Stealth mode for the suit, one that Karen (Peter’s version of JARVIS in his suit) could activate for Parker as he tries to avoid detection, possibly from the film’s main villain, Mysterio.

Regardless, this is a very interesting leak, and fans can’t wait to get an actual answer as to its meaning in the film. Something like this, however, may have to wait to the film’s release next summer (unless Tom Holland lets another secret slip…).

What do you think of this behind the scenes photo? Let us know in the comments below!