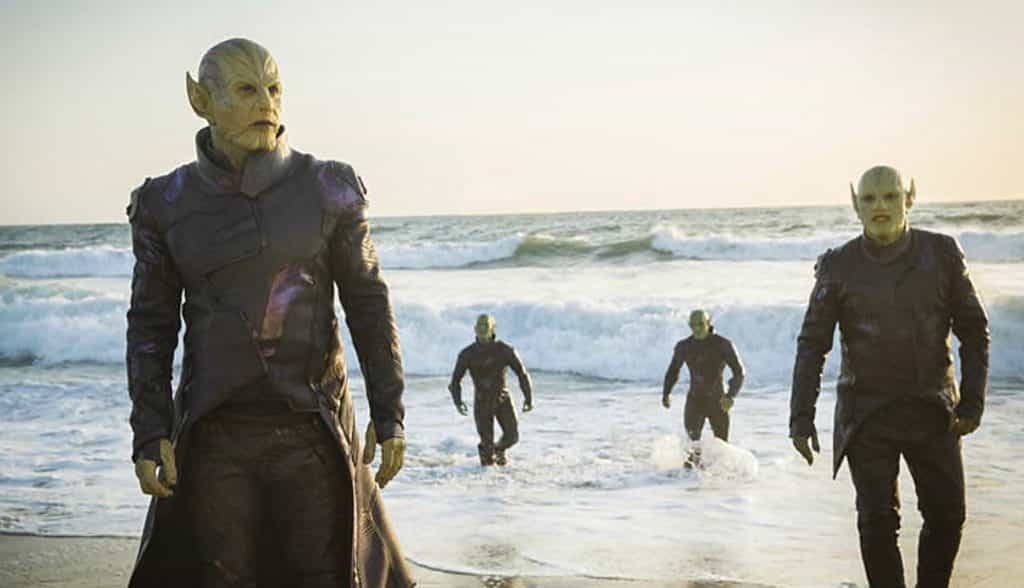 Last week saw Marvel unleash a whole host of promotional material in relation to next year’s Captain Marvel movie. In amongst the official photos and the film’s first teaser trailer, fans got their first look at the MCU version of the Skrulls. But what if the Skrulls have already been an active part of the MCU for the last 10 years, and have actually been hiding in plain sight all along?

It’s a delightful little idea, and also a perfectly feasible one. If you weren’t that familiar with who the Skrulls are, there’s only two real things you need to know about them. They’re ruthlessly untrustworthy, and they also possess the enviable ability to shape-shift into any other physical form they desire. Their traditional MO is to infiltrate their enemy and capture a powerful or influential figure, use one of their agents to impersonate the target, and for that agent to cause as much chaos and damage to the enemy’s infrastructure as possible prior to a full-on invasion.

One theory currently doing the rounds in the Marvel fan forums is that this is exactly what the Skrulls are currently in the process of doing to Earth, during all of the events we see taking place in the movies. And the character they’ve replaced with a Skrull agent is none other than Thaddeus ‘Thunderbolt’ Ross, played by Willliam Hurt.

Ross certainly fits the profile for someone the Skrulls would want to be impersonating. A four star general with access to high-ranking military personnel and technology, he’s also recently been promoted to Secretary Of State, further increasing his level of authority and giving him access to a whole host of national intelligence.

When we first meet Ross during the events of The Incredible Hulk, he’s reckless and self-destructive in his efforts to capture the Hulk. Prepared to break any taboo or rule in pursuit of his most hated enemy, he sacrifices the lives of countless soldiers and civilians by unleashing The Abomination on the streets of New York.

The last we saw of the disgraced General in the wake of this disaster was him drunk as a skunk, being approached by Tony Stark to assist with The Avengers Initiative. The funny thing is though, Ross then completely disappears from the MCU for a six year period. He plays no part in either of the first two Avengers movies, and when he does re-materialize, he’s suddenly a very different character. 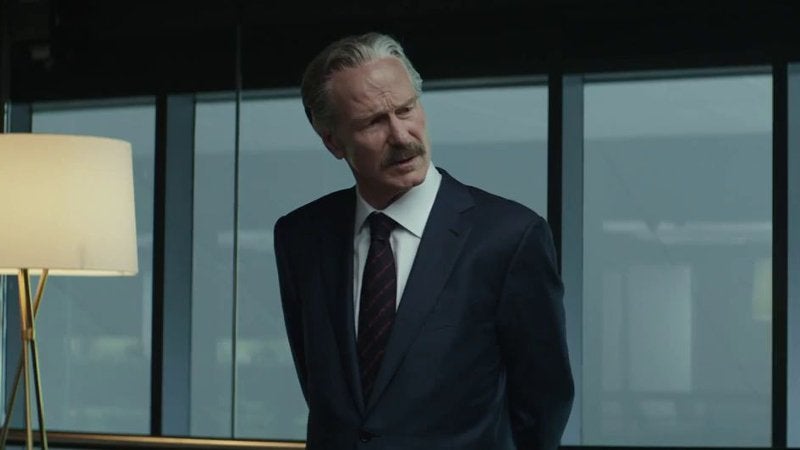 The Thunderbolt Ross who appears at the start of Civil War couldn’t be more different to the one seen drowning his sorrows at the bottom of a bottle of bourbon. He’s clean-cut, totally sober, and as by-the-book as they come. Seemingly desperate to limit the loss of life in the emerging super-powered conflicts, he wants powered individuals off the streets, and people obeying the rules. Not breaking them.

One possibly explanation for this ‘Damascus-like’ conversion is that he’s dug deep and reflected on his previous actions, becoming eager to atone for them and avoid repeating his mistakes. But what if the Tony Stark who we saw recruiting Ross at the end of The Incredible Hulk was actually a Skrull in disguise? Ross would have been lured in with promises of access to SHIELD and the Avengers Initiative, before being locked away and replaced with a Skrull impersonator.

This would explain his absence during key incidents such as the Battle Of New York and the HYDRA infiltration of SHIELD. Instead, the Skrull pretending to be Ross was away steadily expanding his power and influence, easing into a position where he could become Secretary Of State. It would also justify his overwhelming devotion to the Sokovian Accords, which have effectively destroyed any existing cohesion in the superhero community.

With the Captain Marvel movie being set during the 1990’s, it will be the perfect way to initially introduce the Skrulls to MCU audiences, and start laying the foundations for their future invasion of Earth. Part of that possible storyline would be the uncovering of a network of Skrull agents, with some big names and betrayals being revealed in the process. So if this has already started with the capture of General Ross, then who’s next?